"They taste like tomatoes," added Cathie Martin, another study author.

•The scientists are now evaluating whether sunshine, instead of ultraviolet light, can effectively convert 7-DHC to vitamin D3.

•Low vitamin D levels associated with a plethora of conditions from cancer to cardiovascular disease. 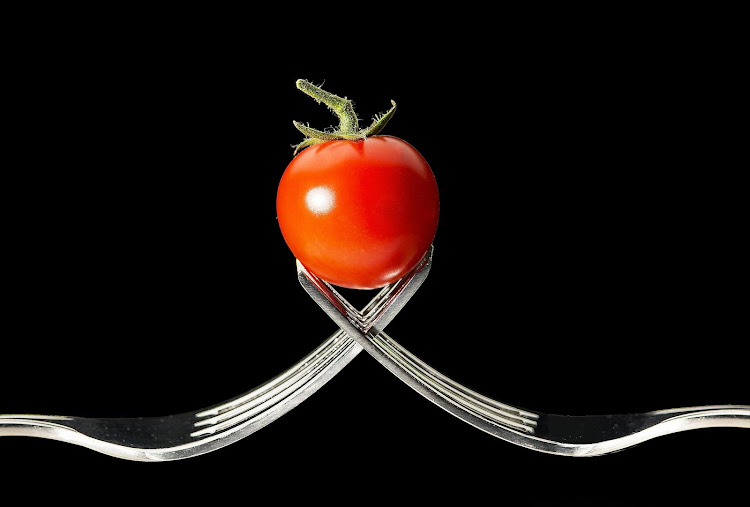 Getting enough vitamin D is a challenge for many of us, but scientists say these designer tomatoes may be the next solution.

A research team led by scientists at the John Innes Centre in Norwich has edited the genetic makeup of tomatoes to become a robust source of vitamin D.

Vitamin D is created in our bodies after skin's exposure to UVB light, but the major source is food especially dairy and meat.

Scientists are now evaluating whether sunshine, instead of ultraviolet light, can effectively convert 7-DHC to vitamin D3.

Vitamin D regulates nutrients like calcium that are imperative to keeping bones, teeth, and muscles healthy as well as improved resistance to certain diseases.

The scientists used the Crispr tool - which is designed to work like a pair of genetic scissors - to tweak the plant's genome such that 7-DHC substantially accumulates in the tomato fruit, as well as the leaves.

When leaves and the sliced fruit were exposed to ultraviolet light for an hour, one tomato contained the equivalent levels of vitamin D as two medium-sized eggs or 28 grams (1 ounce) of tuna, the researchers wrote in a paper published in the journal Nature Plants.

Most vitamin D3 supplements for vegan's come from lanolin, which is extracted from sheep's wool but since the sheep stays alive, it works for vegetarians, but not vegans.

New regulations in Britain have allowed the researchers to evaluate this theory - but it could be some time before they are ready to hit supermarket shelves.

To close the current gap in the intake of vitamin D from dietary sources, two medium-sized gene-edited tomatoes should be enough, said the study's lead author, Jie Li, adding that it is hard to tell a gene-edited tomato apart from a wild tomato.

Their study was published in the journal plants.

"They taste like tomatoes," added Cathie Martin, another study author.

Find out how to drink water after a heavy session, and the best time to hydrate.
Sasa
1 month ago

The link between imposter syndrome and burnout

Studies suggest up to 70% of people have experienced imposterism at work at some point.
Sasa
1 month ago

Our environment is a factor in learning new tastes.
Sasa
1 month ago

This research comes at a time when the Artemis Program plans to return humans to the Moon.
Sasa
1 month ago

The new design for the web has a close design to the mobile app.
Sasa
1 month ago

Making a sponge cake is very easy as you only need eggs, sugar, and flour as the main ingredients.
Sasa
1 month ago

From bathing with underwear to sharing personal bathing effects, habits that ought to stop.
Sasa
1 month ago

If it has been less than 30 days since you initiated the deletion, you can cancel your account deletion.
Sasa
1 month ago
“WATCH: The latest videos from the Star”
by MARGARET WANJIRU Health & Lifestyle Journalist
World
24 May 2022 - 11:33