The link between imposter syndrome and burnout

Feeling like a fraud at work can have profound impacts on your mental health, experts say

•Feeling like you’re bad at your job is miserable. Worse, it’s also more likely to lead to professional burnout.

•Studies suggest up to 70% of people have experienced imposterism at work at some point. 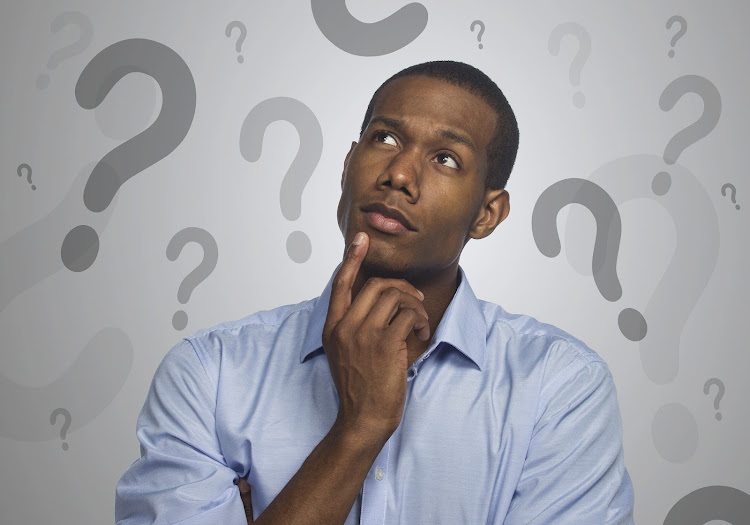 “People seem to think I'm doing OK, but I really don’t think I am,” says Fiona, a senior manager in her 40s, working in the construction industry in the UK.  “You’re always thinking you could be doing better, and that people must be doubting you.”

Fiona, who has been granted anonymity to protect her professional reputation, has spent her career battling imposter syndrome: the fear she doesn’t truly deserve her success. “Despite the fact I’ve got to the position I’m in, I still don’t believe in myself. Other people seem to, but I just don’t feel it’s warranted,” she says.

The stress of constantly questioning herself has been compounded by the anxieties of the pandemic and the pressure of remote working, leaving Fiona feeling “exhausted on a daily basis”.

Now, with sky-high demand in her industry, she feels she’s showing all the symptoms of burnout. She feels emotionally depleted, and has started to “question the whole point of work” and the value she brings “when other people do the job so much better”.

Imposter syndrome is a known issue among professionals. But researchers are increasingly interested in the link Fiona has experienced between imposter syndrome and that other modern career malaise: burnout.

As the workplace undergoes a period of rapid change, understanding how these two conditions feed into each other – and what can be done to prevent them destabilising careers – will be critical for both employee wellbeing and retention.

Imposter syndrome (IS) – also called imposter phenomenon - manifests differently in different people, but commonly leaves someone with the unshakeable belief they are an intellectual fraud, despite all evidence to the contrary.

People with IS often feel they need to over-work and over-deliver on projects to avoid being found out. Though they might be high achievers, they might avoid taking on challenges so they can’t publicly fail. They attribute success to luck or hard work, rather than ability, and fear it will only lead to being given other chances to trip up.

Studies suggest up to 70% of people have experienced imposterism at work at some point.

While some research suggests IS might sometimes help motivate people to achieve, there is also ample evidence that the stress it generates can be so draining that it places intense pressure on mental health.

One 2016 study, for example, showed that US medical students with feelings of imposterism also tended to demonstrate “increased levels of exhaustion, emotional exhaustion, cynicism, and depersonalization”, symptoms very similar to the World Health Organisation’s (WHO) definition of burnout.

And a recent international survey of 10,000 knowledge workers by US-based work-management platform Asana showed 42% believed they had experienced both IS and burnout at the same time.

“When you see an individual who's suffering from imposter syndrome, they're more likely to burn out. And the folks who are burned out are more likely to be suffering from imposter syndrome,” says Dr Sahar Yousef, a cognitive neuroscientist researching workplace productivity at UC Berkeley’s Haas School of Business in California, who contributed to the research.

Yousef says it’s important to note that the survey relied on people making their own assessment of burnout, a serious clinical syndrome from which recovery can take months. But even if some people might be overly quick to label themselves as burned out, rather than very tired and stressed, it’s notable that so many identified with both syndromes at the same time.

It’s not entirely scientifically clear why the two are increasingly overlapping, says Yousef, but  one key factor is that IS manifests in a similar way to the third dimension of burnout, as defined by the WHO: “feelings of professional inefficacy”. As Fiona is finding, when someone is experiencing burnout, “you feel like no matter what you do, it’s not enough. You are the ineffective person on your team”, says Yousef. This is notably similar to the definition of imposter syndrome, she says.

The perfectionist tendencies of someone with IS can mean every interaction becomes intensely stressful, she says. Burnout can then set in after “hundreds, maybe thousands, of uncompleted stress cycles”, where the individual never has a chance to mentally recover from moments of pressure.

Clare Josa, founder of an IS consultancy, and author of Ditching Imposter Syndrome, says she sees a clear link between IS and burnout, something she attributes to “the body’s fight, flight or freeze mechanism getting stuck on”.

Her recent year-long study of 2,000 workers in the UK and US found that 62% of people struggled with feelings of imposterism on a daily basis, and 18% described themselves as being “on their knees” from stress. Based on their responses to a series of assessment questions, 34% of respondents were judged to be at high risk of imminently burning out. She concluded that IS is “one of the most important predictors of whether or not someone is at risk of burning out”.

Josa believes the correlation largely stems from tactics people develop to compensate for or mask their imposterism, such as taking on work they don’t have time for to win approval, or avoiding promotion because they fear exposure. As one contributor to her research said: “I feel like if I'm in the spotlight, everyone will see if I make a mistake. So I do my best not to go there.”

Someone who is so “wired to look for threats” will quickly find it affecting their wellbeing, pushing them towards burnout, says Josa.

Right now, says Anne Raimondi, CFO and head of business at Asana, their research shows it’s Gen Z workers who are most likely to say they’re struggling with both imposter syndrome and burnout.

She attributes this to the unique challenges for young people of launching careers during the pandemic. Unable to observe colleagues in person and adjust to workplace dynamics, with no clear boundaries between work and personal life; and without the “moments of feedback and reassurance” that are crucial to building professional confidence, she says it’s easy to see how junior staff could begin to feel they don’t belong in their role and become overwhelmed.

Josa says while younger workers may be more vocal about their struggles, older generations are suffering, too. One of the biggest triggers she’s identified for imposter syndrome is the menopause for women, or for men getting promoted into senior positions. Working mothers, meanwhile, are a high-risk group of both IS and burnout, she adds.

There’s also a body of research suggesting people from minority backgrounds can be more acutely affected. Dr Kelly Cawcutt, from the University of Nebraska Medical Center, says imposter syndrome has long been noted as a factor in high burnout rates among medical workers. But her research suggests “ingrained biases and a lack of diversity” in the profession can mean under-represented and ethnic minority groups are particularly affected. Black physicians, for example, are known to face higher risk of burnout, partly because of the stress of discrimination.

“If we are told we are not good enough, not smart enough, or do not belong – or are made to feel this way through microaggressions – those extrinsic biases can be internalised,” she says, fuelling both imposterism and in the longer term, burnout.

“Although there are many efforts to address this now, these biases still exist,” says Cawcutt, creating what her research calls a “substantial negative cycle” for the individual. This, she says,shows the importance of treating IS and burnout – and indeed ingrained biases – not as siloed issues, but as connected phenomena which, if they’re to be resolved, need to be addressed together.

Josa says when it comes to the individual, the starting point is to tackle the imposter syndrome by rewiring the brain’s response to stress, “so you don't get that unconscious firing of the fight, flight, freeze response”. But to address the issue of IS spiralling into burnout, she says companies need to do more to tackle cultures where “everything has become an emergency”, and where people feel compelled to over-perform and grit their teeth through adversity rather than being honest about their wellbeing.

Yousef and Raimondi agree it’s critical for workers to be encouraged to build cognitive boundaries around their work so they leave time to mentally reset after stressful periods, breaking those stress cycles. Younger workers, says Yousef, need help engaging with mentors at work so they learn how to fit in, arresting those feelings of imposterism early on. “Prevention should be the key here,” she says. “I would just love it if we educated our kids even as early as high school about what happens when you overwork.”

But for people like Fiona, solving the problem is easier said than done. She’s been advised by her doctor to take time off work, but is afraid that doing so will let her team down or will only prove to herself and others that “I was promoted above my grade”.

Instead, she finds herself battling each day to “wade through the treacle of work”, envying people who seem to be coping fine. “Wouldn’t that be a nice feeling,” she says, “knowing that you’re not fretting about heading into work each day?”

Ioana uses TikTok to encourage people to talk openly about their feelings.
Sasa
8 months ago

Watch: How to do a perfect plank

It improves your body posture by strengthening your back, neck, chest, shoulder and abdominal muscles.
Sasa
8 months ago

The job interviews that go too far

Asking people to complete a test project or having them come in for a working interview isn’t unethical in itself.
Sasa
8 months ago