Our environment is a factor in learning new tastes.

•Some people are drawn to really sweet things. Others, not so much. Scientists would like to know whether we’re born with these preferences.

•One symposium discussion addressed how people experience the flavor, a process that is more involved than most people think. 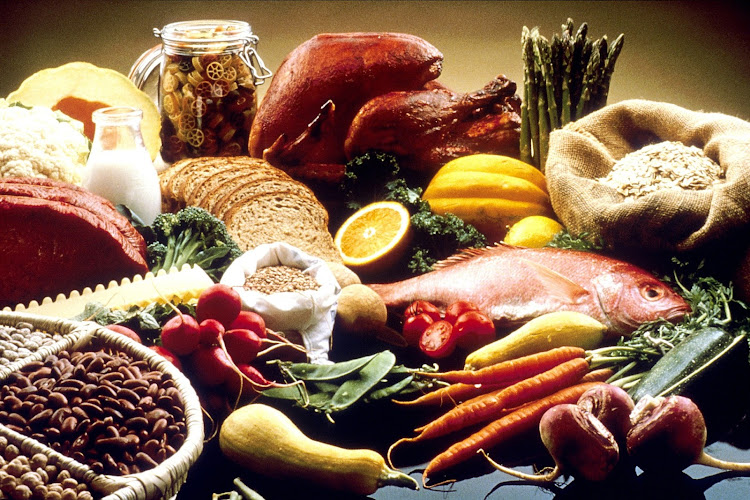 What was your first reaction when you tried your favorite food for the first time?

Do you still feel the same excitement whenever you have it? Or you do not even notice.

Early in human history, the ability to recognize and respond to different tastes without thinking helped people survive.

Nowadays, it is pretty easy to find what is safe and edible on supermarket shelves and marketplaces.

Evolution has made people less curious about trying new cuisines. That is why most of us will be skeptical about eating Chinese snails and or dishes that we are not used to.

Have you ever eaten something new and it made you sick? Don't give up; if you try the same food in a different place, your brain will be more "forgiving" of the new attempt.

New findings, which were recently published in the Journal of Neuroscience, expose the complexity and richness of the simple sensory experiences that are engraved in our brains and that in most cases we aren't even aware of.

You might enjoy eating sour fruits such as lemons or grapefruit, or bitter vegetables such as turnips or Brussels sprouts. But you will probably learn to like their tastes over time.

Some people are drawn to really sweet things. Others, not so much. Scientists would like to know whether we’re born with these preferences.

Dana Small is a clinical psychologist at Yale University in New Haven, Conn. She studies how people’s brains respond to taste and smell, and the two senses together.

Dana says people tend to pick up flavor preferences, depending on what food is available where they live or on what was served to them as children.

For example, a boy from central may find a plate of gizzard and chicken legs highly repulsive but if you grew up in most western parts of Kenya, you would have to find them delicious.

Several new studies on flies indicate that food choices cannot be made in absence of taste input. That is why many people would rather eat something they know tastes better to them rather than try new dishes.

Gordon Shepherd, Yale University neurology professor and author of Neurogastronomy  in his book How the Brain Creates Flavor and Why It Matters, Neurogastronomy is a burgeoning field that aims to help patients like Mullins by better understanding how the brain processes the experience of eating.

Earlier this month, a group of neuroscientists, chefs, food technologists, and agriculture professionals met at the University of Kentucky for the first-ever Neurogastronomy symposium.

One symposium discussion addressed how people experience the flavor, a process that is more involved than most people think.

“Taste is just one of the five senses involved in how the brain processes the experience of flavor, and it is a very small part of the flavor profile,” Han says.

A much bigger factor is the smell.

The brain cells that protrude into your nasal cavity trigger trillions of mechanisms in the brain, causing the brain’s circuits to come alive and experience flavor.

But most of us are oblivious to this complicated process which involves “vision, hearing, smell, taste, and touches all in one bite, simultaneously.”

In the long term, Neurogastronomy could also help shift the population away from its heavy reliance on resource-intensive foods and toward more sustainable options, says Han.

“I believe that our species might be able to answer the sustainability question with this,” he adds.

“Instead of only asking what we can do to manipulate the ingredients and the product, why not change the species?”

According to WebMD, our food preferences are determined by multiple factors, including genes, experience, and age.

"Genes play a part by giving a person a predetermined taste preference, and our environment is a factor in learning new tastes.

Is it possible to train your taste?

Training yourself to like something you despise seems odd, but whether it's lower salt intake or more fruit and vegetables, sometimes a person needs to eat foods that they may not be fond of. Unfortunately, it's not that easy.

"We can't change our genes, so some food likes or dislikes may be difficult to alter drastically," says Leslie J. Stein, Ph.D., from the Monell Chemical Senses Center in Philadelphia.

While repeat exposure to a certain type of food can decrease dislike, it can also increase liking.

For instance, research done at the Monell Chemical Senses Center showed that people who stick to a lower-sodium diet over time eventually prefer lower levels of saltiness in their food, explains Stein.

And of course, there are acquired tastes, such as caviar.

"If you hate something, having it over and over again may not change it," says Ilene Bernstein, Ph.D., a professor of psychology at the University of Washington.

"But we know people develop tastes for something in social settings you have to eat things you may not like but eventually, you acquire a taste for it."

Some people may resort to biting nails to relieve stress or tension.
Sasa
9 months ago

Smell: The most underrated sense of the human body

Unlike other senses, much of it happens in our subconscious mind.
Sasa
1 year ago

Hydrating is key to maintaining a healthy bladder.
News
1 year ago

Rihanna and A$AP Rocky, 33, were friends for many years before they began dating.
Sasa
8 months ago

High-end umbrellas not doing their jobs

Find out how to drink water after a heavy session, and the best time to hydrate.
Sasa
8 months ago

This research comes at a time when the Artemis Program plans to return humans to the Moon.
Sasa
8 months ago

Sweet potato fries are slightly higher in calories and carbs but also more nutrient dense than French fries.
Sasa
8 months ago
Post a comment
WATCH: The latest videos from the Star
by MARGARET WANJIRU Health & Lifestyle Journalist
Lifestyle
20 May 2022 - 12:40
Read The E-Paper