This according to dermatologists can possibly cause irritation or superficial infections.

•Have a separate bathing accessory for your face and genitals. 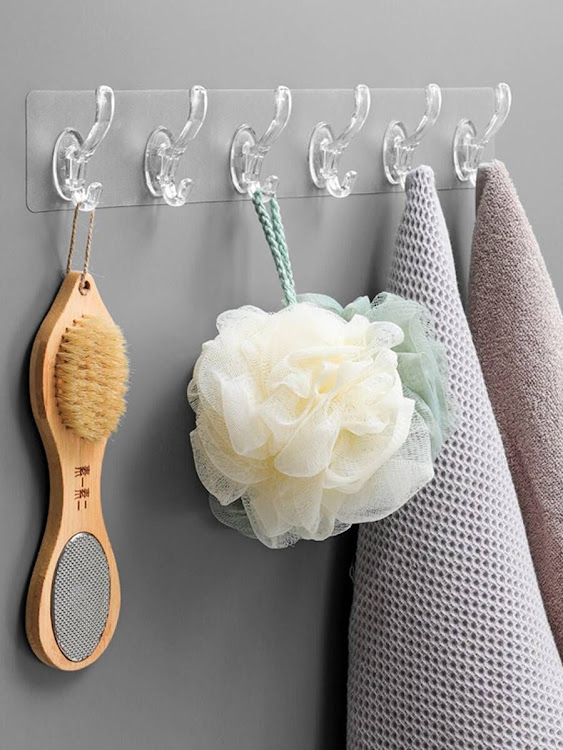 From bathing with underwear to sharing personal bathing effects, in my honest opinion, some cleaning habits are so disgusting and doctors agree.

“Washing any object with soap, whether it be a shower tool, a toy, or your own hands, would disinfect and neutralize the majority of organisms and pathogens on the surface,” Stanford infectious disease physician Sudeb C. Dalai told the HuffPost.

But “the shower tools, then left damp and hanging, would begin to ‘re-colonize’ with the multiplication of any bacteria that are present or nearby on adjacent surfaces,” Dalai added.

“So they would serve as a focus on which bacteria would grow fairly rapidly. The dampness of the object and the shower environment, as well as the fact that these objects were used to scrub bacteria off the body, make them ideal breeding grounds for bacteria.”

Bathing towels, loofers and bath accessories are a breeding growth of bacteria and fungi. In that we use them to remove dirt and bacteria from our bodies.

“Loofahs and sponges will trap bodily bacteria such as staph, strep, and other organisms, such as E.coli.”

Using bathing accessories that are saturated with bacteria and not cleaning them properly, there is a potential for them to be reintroduced into cuts and hair follicles.

This according to dermatologists can possibly cause irritation or superficial infections.

Proper care of your bathing accessory:

Experts advise people to look out for warning signs of bacterial colonization:

A musty dump odour or visible growth of colonies, which can look white-yellow, brown, or black in colour. They may have a creamy or spore-like appearance.

“Always wash your bathing towel with anti-bacterial soap or vinegar after a bath,” says Palm.

Palm advised against leaving bathing towels in the shower as it may further promote bacteria and mold growth.

“Always dry them out in the sun together with the underwear and towel, for bacteria protection,” Palm said.

Going forward, you should replace shower poufs and loofahs regularly, depending on how often you use them, Palm advised.

“Loofahs and shower puffs are likely best replaced every two to four months, depending on the frequency of usage,” Palm said.

Using a loofah, washcloth, or just your hands, apply bar soap or body wash to your body. Start at your neck and shoulders, and work your way down the length of your body.

Have a separate bathing accessory for your face and genitals.

If you're prone to breakouts, you might want to get a fresh face towel even more frequently.

"For acne-prone skin you should be replacing or washing your towel daily," palm said explaining that skin bacteria transferring back and forth between your face and the towel might be problematic if you are prone to acne.

Both countries said they identified one infected person who had recently travelled.
News
6 months ago

If it has been less than 30 days since you initiated the deletion, you can cancel your account deletion.
Sasa
6 months ago

The feature will roll out to all users worldwide.
Sasa
6 months ago

A mouth-watering, spicy, and flavoursome Masala Egg Curry recipe that will perfectly spice up your lunch.
Sasa
6 months ago

Ginger is loaded with antioxidants, compounds that prevent stress and damage to your body's DNA.
Sasa
6 months ago

The researchers reported that the women who hugged their partners had lower biological stress responses.
Sasa
6 months ago

WhatsApp: How to tell if someone has blocked you