•Some of the evidence has included audio recordings of arguments.

•In a 2018 article for the Washington Post, Heard wrote about being a victim of domestic abuse. 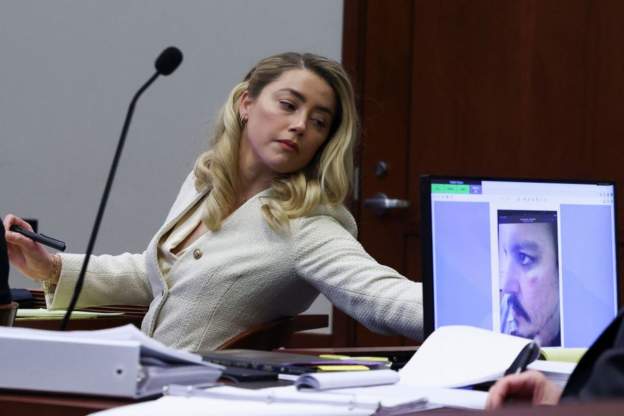 The first weeks of the trial - in Fairfax, Virginia - have largely covered Depp’s version of events, as he went first.

Heard’s team questioned Depp and attempted to refute many of his claims, but she has not given her side of the story.

The evidence presented so far has painted two very different pictures of their life together.

Depp has accused Heard of being physically abusive – of hitting him and throwing objects at his head.

Heard’s legal team have tried to paint Depp as a heavy user of drugs and alcohol who ignored his then-wife's pleas to get clean.

Some of the evidence has included audio recordings of arguments.

Depp could be heard shouting vulgar insults and obscenities at Ms. Heard, and insulting her about her weight.

In one exchange, Ms. Heard shouts at Mr. Depp to put his "cigarettes out on someone else".

He grimaced while the clips were played, while Ms. Heard seemed to hold back tears.

Catch up on developments by reading our reporter Holly Honderich’s pre-trial explainer or her summary of last week’s events. 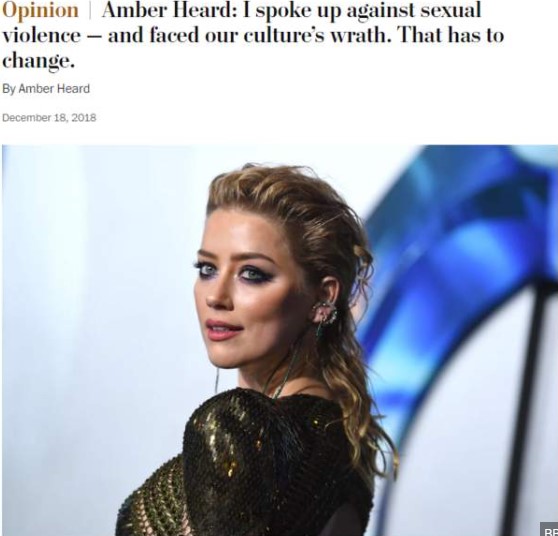 What’s the case about?

The high-profile celebrity trial has attracted a lot of attention as both sides have levelled accusations against the other.

But at its core, it’s a defamation trial – Johnny Depp is suing his ex-wife, saying his reputation has been damaged because of claims she made about him that he says are false.

In a 2018 article for the Washington Post, Heard wrote about being a victim of domestic abuse.

She didn’t name Depp or anyone else as her alleged abuser – but he says that as her ex-husband, his career has been derailed.

In response, Heard is countersuing for $100m, arguing that Depp’s claims in his lawsuit are themselves “false and defamatory accusations” designed to “ruin her life and career”.

The trial has offered a deep look inside the private lives of both celebrities.

Welcome to our live coverage

Amber Heard is set to begin telling her version of events in the high-profile defamation case brought against her by her ex-husband, Johnny Depp.

Readers should be aware that the trial has, to date, contained graphic descriptions of physical, sexual, and verbal abuse, and our live coverage may cover some of those topics.

We’ll have updates and analysis from our reporters watching the trial. Things are due to get under way from 10:00 in the US (15:00 BST).

Clips shared on social media showed someone running into the star.
Sasa
3 weeks ago

This is after TV bosses cancelled her show Rob & Chyna. No damages were awarded.
Sasa
3 weeks ago

Organizers installed a marble sculpture in her likeness in one of the galleries.
Sasa
3 weeks ago

He was supposed to escape a straight jacket while upside down 30ft in the air in between two suspended cars.
Sasa
3 weeks ago

Some of the evidence has included audio recordings of arguments.
Sasa
3 weeks ago
“WATCH: The latest videos from the Star”
by BBC NEWS None
Entertainment
04 May 2022 - 17:05