Clips shared on social media showed someone running into the star.

•Clips shared on social media showed someone running into the star.

•"It looked like someone was dashing across the stage from the side. He fell backwards on to his back, with his arms and legs up in the air. He was obviously in shock. 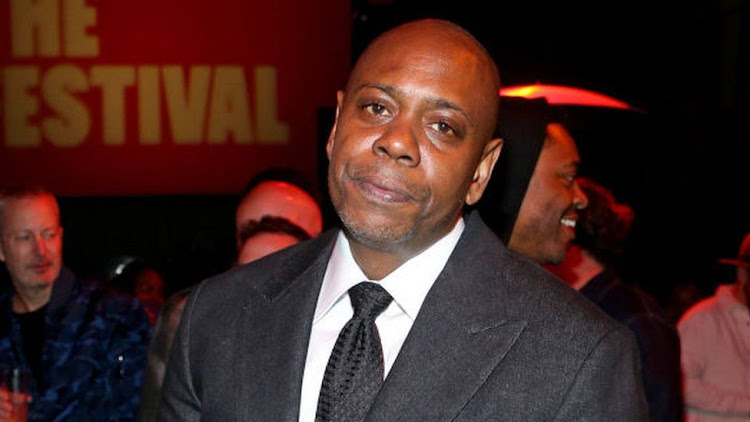 US stand-up comedian Dave Chappelle was attacked on stage on Tuesday during a performance at the Hollywood Bowl in Los Angeles.

Clips shared on social media showed someone running into the star.

Further videos appeared to show the comic apparently unharmed after returning to the stage at the Netflix Is A Joke Festival.

Chappelle faced criticism and protests last year when his Netflix special was accused of being transphobic.

After returning to the stage on Tuesday, the 48-year-old made light of the controversy, suggesting to the audience that the attacker "was a trans man".

According to ABC journalist Stephanie Wash, fellow comic Chris Rock - who was slapped on stage by Will Smith at the Oscars in March - then came on stage with Chappelle.

Dave Chapelle was rushed & attacked on stage by a man at the Hollywood Bowl. Chapelle tussled w/ the man, who ran behind the screen on stage & was surrounded by security. Chris Rock, who performed earlier, came on stage w/ him & joked: “Was that Will Smith?” #netflixisajokefest

Chris Rock and John Stewart were among the group of comedians performing alongside Dave Chappelle tonight when the incident happened. Jamie Foxx jumped onstage to help and make sure Dave was OK

Carpenter told the PA news agency an attacker "lunged" at the comedian as he headlined the event, sending him "flying in the air".

She said: "It looked like someone was dashing across the stage from the side. He fell backwards on to his back, with his arms and legs up in the air. He was obviously in shock. We were all in shock.

"I thought for a moment OK, is this a prank? Because they had made some Will Smith jokes. Even though Chris Rock was there, Dave was making some jokes, it was fair game, right?"

In one video, Chappelle could be seen thanking his famous friends for helping out, saying: "Whenever you're in trouble, Jamie Foxx will show up in a sheriff's hat."

"I thought that was part of the show," Foxx responded.

Chappelle joked: "I've been doing this 35 years. I just stomped a [person] backstage. I've always wanted to do that."

Jimmy Carr, the British comedian who sparked outrage earlier this year for a routine about the Holocaust in his own Netflix stand-up special, also performed at the streaming giant's event on Tuesday.

Carr tweeted afterwards to say the show was "crazy" and he was "just happy everyone's OK".

In October, about 100 people protested outside Netflix's headquarters over the airing of a comedy special by Chappelle, which they said was transphobic.

They had objected to The Closer, in which he said "gender is a fact" and that LGBT people were "too sensitive".

Chappelle later hit back at those who he said wanted to "cancel" him. "To the transgender community, I am more than willing to give you an audience," he said. "But you will not summon me. I am not bending to anybody's demands."

Tuesday's incident came five weeks after Smith famously slapped Rock on stage at the Academy Awards after Rock made a joke about the actor's wife, Jada Pinkett Smith.

This is after TV bosses cancelled her show Rob & Chyna. No damages were awarded.
Sasa
2 weeks ago

Organizers installed a marble sculpture in her likeness in one of the galleries.
Sasa
2 weeks ago