19 people allegedly assaulted by police as they received food aid. 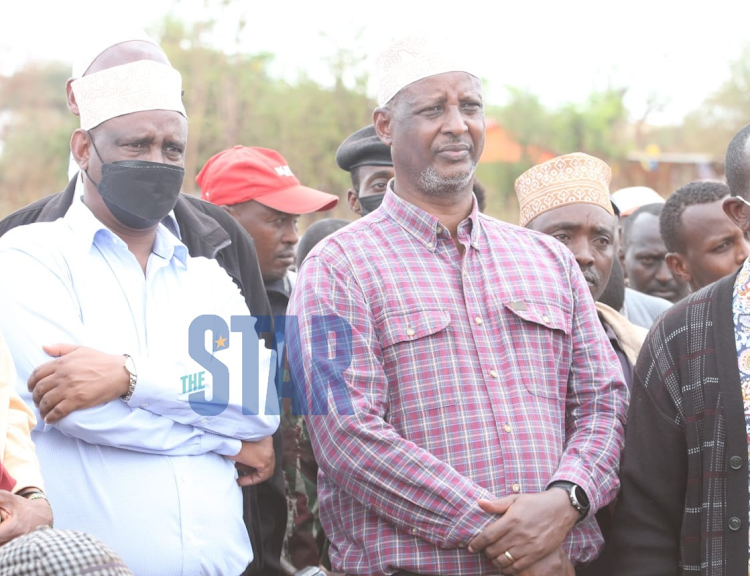 The victims were treated at Marsabit Referral Hospital for wounds and fractures suffered in the Tuesday incident.

The MP spoke during the discharge of five of the victims on Wednesday.

Raso said the police are torturing residents under the pretext of enforcing 'Operation Rejesha Amani Marsabit'.

"It's sad the government has turned on its people, who are victims of bandits. While we support the ongoing operation to flush out criminals, it must be carried out without malice," he said

Raso said the actions by the security team betrayed the responsibility bestowed on them to restore peace.

He asked the Interior ministry, Independent Policing Oversight Authority and the Kenya National Commission for Human Rights to investigate the incident.

Raso also urged the victims to report the assault to the police station and promised to follow up on the matter.

The legislator however urged residents to support security agencies carrying out the operation.

Residents have accused the police of using excessive force.

They want the officers to exercise restraint as they hunt down the criminals and not unleash terror on innocent people.

On May 2, Interior Cabinet Secretary Fred Matiang'i imposed a 6pm to 6am curfew and deployed security teams to mop up illegal firearms in the region.

Residents said they are afraid to go out to seek treatment at night because they are scared of the security teams.

They said a pregnant woman and her baby died after prolonged labour last Friday.

The MP however advised them to seek emergency services at the health facility when in need.

Operation commander Bernard Mbatha said police were only after criminals and the weapons used to commit crime.

Meanwhile, seven suspects arrested on May 10 over possession of illegal firearms and bullets were arraigned before principal magistrate S K Arome on Wednesday.

The suspects were released on Sh1 million bond each or Sh500,000 bail. Their case will be mentioned on May 31.

The community, through the local administrators, is voluntarily surrendering illegal firearms to the police.

A security operation is ongoing in the area to flush out criminals hiding in the mines.
News
8 months ago

They surrendered two Ak-47 assault rifles and a G3 rifle, with 14 bullets.
Counties
8 months ago