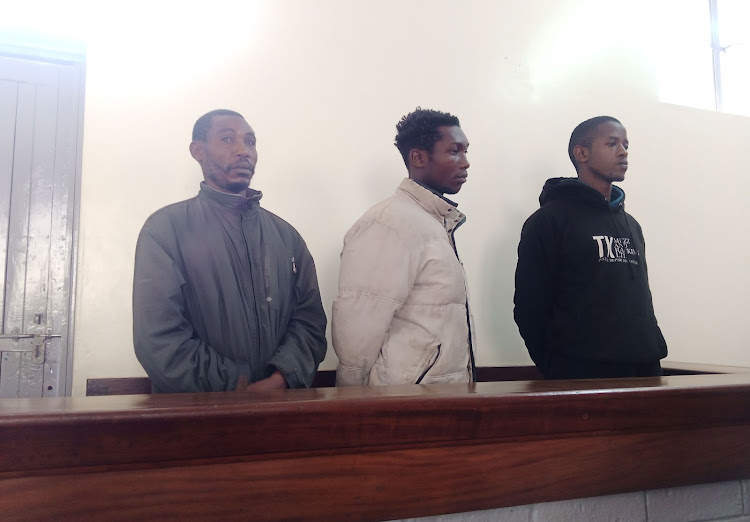 Four men connected to the death of Collins Kipchumba Kimeto, a software engineering undergraduate student at Kirinyaga university, are staring at a life sentence should they be convicted.

This is after their alleged criminal involvement that led to the death of the student unearthed five separate charges in which the accused pleaded on Friday before Kerugoya senior resident magistrate Grace Kirugumi.

Erick Gitonga, Elias Murimi, Joseph Bundi and Pius Muthii are alleged to be at the centre of a string of first degree crimes in which they are alleged to have committed on different dates and locations.

These are robbery with violence, handling stolen properties, burglary, gang rape and possession of narcotic drugs.

Gitonga, Murimi and Bundi denied that while armed with a hammer and a knife at the wee hours of June 10 within Kutus area, they robbed Collins Kipchumba Kimeto a phone valued Sh14,000 after which they attacked him. The attack is believed to have led to his death.

However, Bundi agreed to the second count in which all the three were charged with robbing Mary Ivy Wairimu, who is alleged to be the deceased’s girlfriend, a phone worth  Sh15,600 and her identity card during the occurrence of the first crime.

By the time of going to the press, the victims handsets which were allegedly sold in Murang’a and Embu counties were yet to be recovered.

In alternative charges alleged to have been committed by the accused on diverse dates between October 1, 2021 and July 22, 2022 within Kirinyaga, Murang’a and Embu, Gitonga and Muthii  denied all the charges while Murimi  and Bundi each agreed to two charges levelled against them.

Besides handling a suspected stolen motorcycle, Gitonga further pleaded not guilty to burglary charges where he is accused of breaking into a rental house within Kutus town belonging to one  Richard Njoroge.

During the burglary, he is alleged to have made away with an assortment of household items, ATM, laptop, Sh3,000 cash and other items.

The accused is said to have committed the crime in October last year  alongside Murimi who agreed to the charges and Muthii who denied.

The suspected gang of three further denied charges of robbery with violence, a crime they are alleged to have meted on one Samson Kimani while in Kutus while armed with a machete  and other crude weapons in October last year.

Bundi also pleaded guilty to possessing a 100 grammes of marijuana within the Samson Corner area.

In mitigation, the suspects pleaded to be released on bond as one claimed to be his family’s breadwinner while the other alleged to be an underage.

However, the prosecution objected to their release on grounds that the accusations they were facing were serious and of public interest, thus their security was of concern.

Further, it was noted that investigations into other suspected cases in which they are implicated were ongoing.

The magistrate ordered that the four be locked up at the Kerugoya  police station until August 3 when their case will come up for mention.

Kirugumi further ordered that a dental examination be conducted on one suspect who alleged to be a minor in a bid to ascertain his claim. 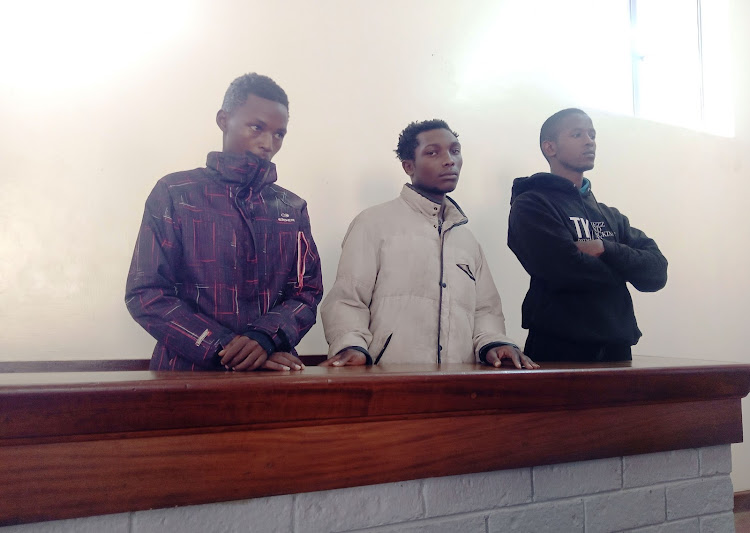 Gitonga and Murimi are suspected to have ambushed Kimeto during a robbery incident.
Counties
2 weeks ago

The teams will also help fight crimes being committed by people using motorcycles.
Counties
1 month ago
“WATCH: The latest videos from the Star”
by WANGECHI WANG'ONDU
Central
31 July 2022 - 22:00