•He noted that the arrest was made possible due to the smooth cooperation between the public and security officers. 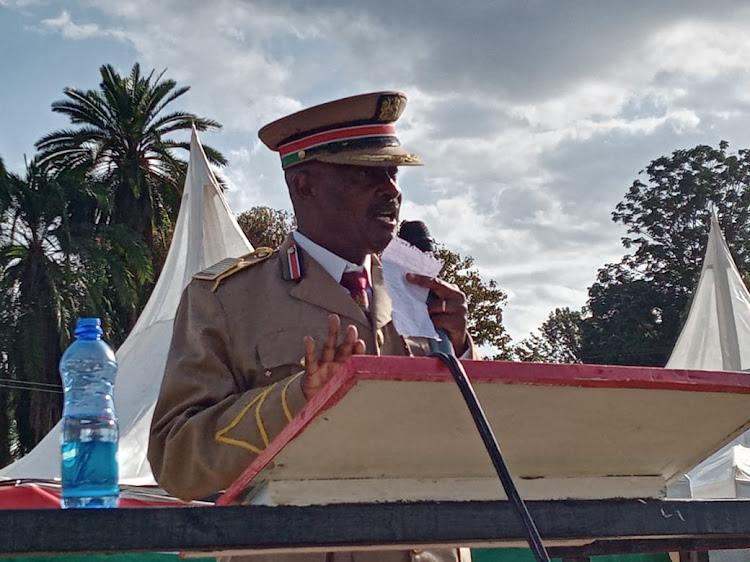 Six suspects have been placed under police custody in Kirinyaga county after being linked to the death of a second-year Kirinyaga university student early last month.

Collins Kipchumba Kimeto, a software engineering student, is said to have met his untimely death in the hands of the suspects in the wee hours of the night.

He noted that the arrest was made possible due to the smooth cooperation between the public and security officers.

"The security officers have managed to arrest six key suspects who are under police custody. The six are connected to the heinous act which led to the rioting of the students on June 10," Ivuto said.

He didn't reveal much information about the suspects' background information, citing the possibility to compromise the investigations.

In addition, he dismissed claims that the suspects are part of a gang that has been terrorizing residents.

Ivuto added that the suspects would upon the completion of investigations be arraigned to face murder charges.

Students from Kirinyaga University earlier in the month went on a rampage to express their outrage following the death of the student and the heightened insecurity state of the neighbouring Kutus town.

The county commissioner pledged that the government would continue prioritizing the security of the students.

He added this will include working with all the university stakeholders and hostel owners who have rented their premises to the students to secure their safety.

All in all, the administrator said the state of the county security is under control.

Two arrested in Umoja for killing woman, stuffing clothe in her mouth

Drama as suspect is nabbed during ritual to evade being arrested

She was arrested by detectives at a witch doctor's house in Gachie.
News
2 months ago
Post a comment
WATCH: The latest videos from the Star
by WANGECHI WANG'ONDU
Central
22 July 2022 - 15:41
Read The E-Paper