Four things to look out for in Fifa World Cup opener

Almoez Ali has shown a penchant for performing well when it matters most.

• “I hope everyone from all countries in the world, together, can enjoy this experience. I’m happy to be the ones kicking off this competition,” said Qatar coach Sanchez. 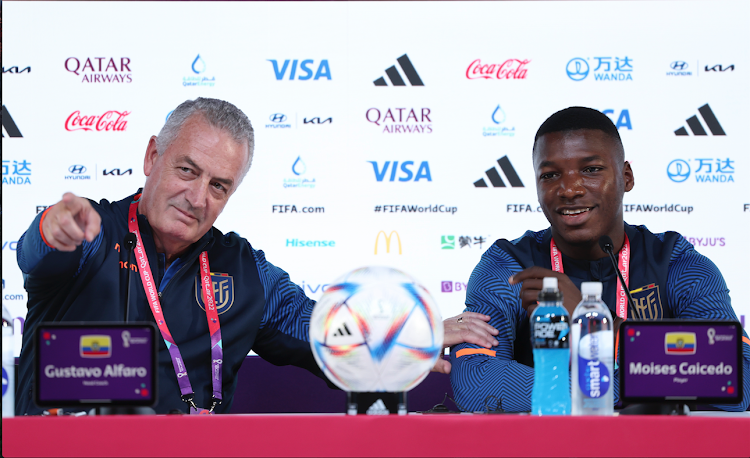 The long wait for the first Fifa World Cup in the Middle East is over as hosts Qatar and Ecuador prepare to raise the curtain on the 2022 edition of football’s biggest international tournament. Here are four things to look out for in Sunday’s match at the Al Bayt Stadium in Al Khor.

Almoez Ali has shown a penchant for performing well when it matters most. The 26-year-old striker was the top scorer at the 2021 Concacaf Gold Cup, in which Qatar participated as tournament guests, with four goals in five games.

He was also his team’s leading marksman at the 2019 Asian Cup, netting nine times in seven matches.

Ali, who was born in Sudan and moved to Qatar as a child, has yet to score in six international outings in 2022, but is likely to be key to his team’s chances of a successful World Cup debut.

Since replacing Jordi Cruyff as Ecuador’s boss in August 2020, Gustavo Alfaro has transformed a promising but erratic squad into one of South America’s most feared national teams.

An impressive World Cup qualifying campaign saw them finish fourth in the South American group, behind only Brazil, Argentina and Uruguay, and above teams of the caliber of Chile, Peru and Paraguay.

And Alfaro’s men appear to be peaking at the right time, going unbeaten in their past seven matches, a run that included victories over Nigeria and Cape Verde, as well as draws against Argentina, Mexico and Japan.

Ecuador conceded just 19 goals in 18 qualifiers and have kept clean sheets in each of their past five games.

But, with only one goal in their past five outings, there are question marks over the team’s attacking options.

Ecuadorian fans will be hoping that 33-year-old Fenerbahce forward Enner Valencia can carry his club form onto the international stage. Ecuador’s all-time leading scorer has netted 13 goals in 12 league matches for the Turkish club so far this season.

No hosts have lost the opening match of a World Cup. Qatar have already proved how playing at home can provide a boost in a major tournament.

Felix Sanchez’s men won the 2019 Asian Cup on home soil, beating the likes of South Korea and Japan in the process.

“I hope it’s a great party where we can enjoy football,” Sanchez said in Saturday’s pre-match press conference. “I hope everyone from all countries in the world, together, can enjoy this experience. I’m happy to be the ones kicking off this competition.”

At 29 days from start to finish (20 November to 18 December), this will be the shortest World Cup since Argentina 1978
Sports
2 weeks ago

The 2022 World Cup starts in Qatar on Sunday but the build-up has been dominated by concerns about the hosts.
Sports
2 weeks ago
Post a comment
by Xinhua
Football
20 November 2022 - 10:58
Read The E-Paper