Thirty-two teams will contest the tournament

•Thirty-two teams will contest the tournament, which will be played out in 64 matches over 28 days, including hosts Qatar, holders France and five-time winners Brazil. 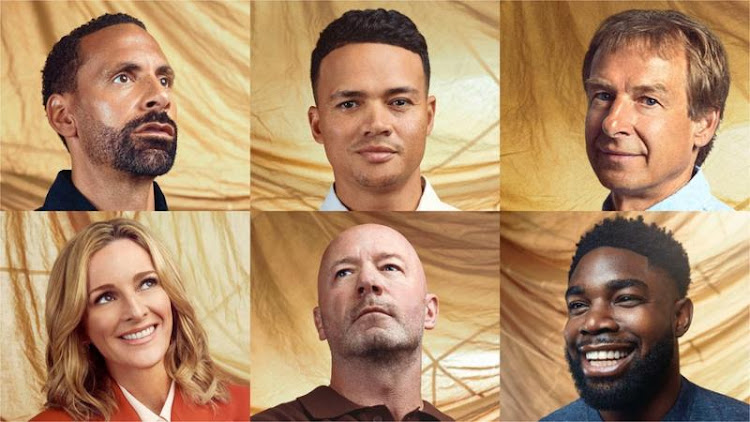 The World Cup starts in Al Khor's Al-Bayt Stadium on Sunday and finishes at Lusail Iconic Stadium in Doha on 18 December.

Thirty-two teams will contest the tournament, which will be played out in 64 matches over 28 days, including hosts Qatar, holders France and five-time winners Brazil.

Who will get their hands on the famous gold trophy this time? Who are the other main contenders? And how will England and Wales do?

BBC Sport's TV and radio football presenters and pundits predict what will happen over the next four weeks...

Alan Shearer: Argentina. It will be a great way for Lionel Messi, the best player in the world, to go out. It could be a defining moment for him - he has probably been the greatest player we have ever seen, but the thing that is always chucked at him when comparisons are made between him and Diego Maradona is that he has never won the World Cup. If he was to win this one, that would pretty much be the end of that debate - and what a story it would be.

Micah Richards: It's Brazil for me. I understand why there is a buzz about Argentina, but this is Neymar's time to shine. He scored eight goals in qualifying and has taken his game to the next level this season. There is the weight of the nation on his shoulders and he has to deal with what Brazil expect from him, but he will be the star of the show.

Chris Sutton: France are the holders and have arguably got the best forward line with Karim Benzema and his Ballon d'Or, Kylian Mbappe and Ousmane Dembele, even Antoine Griezmann too. Yes, they have got some injuries in midfield, but they have got two young stars in Aurelien Tchouameni and Eduardo Camavinga of Real Madrid who are already absolutely top class. It's not an exact science but when you think of France at World Cups, they are either all in or all out. This time? I'm saying they will be all in. If they click like they did in Russia, why not?

Alex Scott: I am going with Brazil. Their squad has a great blend of experience with exciting and in-form young players who could have great tournaments, like Vinicius Jr. Neymar is in great form too and, with every team having so little preparation time before the tournament to get key organisation right, it could come down to individual brilliance to settle some games.

Ashley Williams: Your team is always a little reliant on how much firepower you've got and Brazil have got a wealth of attacking options. It will be great for football if they win too. We are all fans of Brazil, aren't we?

Fara Williams: My head is telling me that with the squad Brazil have, they will win it - the depth of their attackers is the best out of all the squads. But my heart is telling me differently. I'm going to predict an England v Brazil final... and we are bringing it home.

Jermaine Jenas: Everyone is always obsessed with the attacking side of things, but defensively Argentina look really solid and, off the back of winning a Copa America in 2021, they will have found a rhythm of what works for them. In the final they beat Brazil, who will be their biggest competitor in Qatar too, but I have a feeling Messi is going to get it done.

Karen Bardsley: Historically, it looks as though clean sheets and conceding the fewest goals is the key to winning World Cups. So which team has the most solid defensive unit, with a good goalkeeper? Then also their ability to manage moments in the tournament and how they will gather momentum in the group stages. My top two are Brazil and Argentina - and I would say Brazil will win because they are fully loaded in every position and defensively they are the strongest I have seen them in many, many years.

Rio Ferdinand: Brazil have got depth in their squad and experience too - as in, all the way through the spine of their team is experience of winning things.

Rob Green: They have some young exciting talents to go with that experience of winning. It's Brazil for me.

Gabby Logan: I'm not going to be sentimental and say Messi will triumph but a South American team will win. Vinicius Jr will be a really important player and the World Cup winners will wear yellow shirts.

Danny Murphy: I can't see past Brazil or Argentina. Both are full of quality and experience and will take some stopping. Maybe Argentina will do it this time, as it seems written in the stars that the greatest ever player will win the World Cup.

Danny Gabbidon: I fancy France. Overall they are a really well-balanced side with so much quality up front, and the biggest problem for manager Didier Deschamps is to find the best system and decide on his starting XI.

Jurgen Klinsmann: With Argentina, the big driving force is Messi. All football fans know his situation and how this has to be his moment if he wants to win his first World Cup at the age of 35. He knows that too, and so do his team - so they will do everything possible to get that World Cup win. Brazil, though, have got so much quality in every position. They are a team I have watched a lot over the past couple of years and I have been very impressed - they are coming to Qatar to win the World Cup and I believe they will.

Post a comment
WATCH: The latest news from around the World
by BBC NEWS None
World
18 November 2022 - 11:36
Read The E-Paper