WE MUST BE HEARD

The 2022 World Cup starts in Qatar on Sunday but the build-up has been dominated by concerns about the hosts.

• Qatar has been criticised for its stance on same-sex relationships, its human rights record and its treatment of migrant workers.

• First and foremost we are here to win games but if there is anything on top of that, as I say, we have a mature group—Coady. 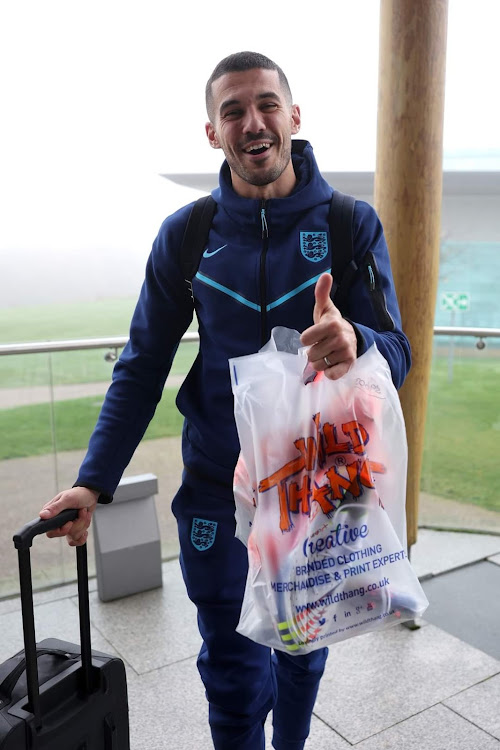 England defender Conor Coady does not think it is “too much” to expect the side’s players to speak about non-football issues.

The 2022 World Cup starts in Qatar on Sunday but the build-up has been dominated by concerns about the hosts.

Qatar has been criticised for its stance on same-sex relationships, its human rights record and its treatment of migrant workers.

“We’re not politicians,” said 29-year-old centre-back Coady. “We’ll never be politicians in terms of the way we look at things but, in terms of what the squad has done over the last few years and how much they’ve helped people, that comes with the territory.

“You look at Marcus Rashford and Raheem Sterling and the amount they’ve done off the pitch in helping people. It comes with being an England player because the lads are so open to speaking to the media and trying to help people as much as possible. It’s great credit to them in terms of how they’ve gone about it. I don’t think it’s too much.

“I won’t sit here and say the boys know everything because I don’t think we do but what we will do is try and help as much as we can. Over the last few years the boys have done an incredible job of it.”

He added: “First and foremost we are here to win games but if there is anything on top of that, as I say, we have a mature group.”

The FA is to meet Fifa this weekend to ask for further labour reforms in Qatar. Chief executive Mark Bullingham told the BBC the governing body would “push very hard” for the establishment of a migrant worker centre in Doha and a compensation fund for the families of killed or injured labourers.

“We recognise the progress but think these two items would shift the dial further,” he said.

“It’s not always about speaking loudly and publicly. Sometimes friendships that are made, progress that is made behind the scenes is equally, if not more, important.”

In February 2021, the Guardian said 6,500 migrant workers from India, Pakistan, Nepal, Bangladesh and Sri Lanka had died in Qatar since it won its World Cup bid in 2010.

However, the Qatar government has said the total is misleading, because not all the deaths recorded were of people working on World Cup-related projects. A recent report by Human Rights Watch said members of Qatar’s LGBTQ+ community were detained and physically abused by the country’s security services, while a Qatar World Cup ambassador was criticised for saying homosexuality was “damage in the mind”.

Qatar’s World Cup organisers say that “everyone is welcome” to visit the country to watch the football, and that no-one will be discriminated against. Peaceful protests have been planned by some players, while England’s Harry Kane and eight other captains of European teams will be wearing “One Love” armbands to promote diversity and inclusion.

Asked if the players would be taking the knee before games, Coady said: “At the minute, it is not something we have spoken about.”

An England spokesperson said the players would discuss whether to take a knee before their World Cup opener against Iran on Monday.

England met migrant workers in Qatar as part of their schedule on Thursday and Coady, who has 10 international caps, said prior to the meeting: “It’s a chance to speak to them and for us to open up to them a bit and see how the last few months have been.

“[We are] going in with an open mind to chat to them as much as we can. The boys are really looking forward to it.”

On the issues in Qatar, he added: “From our own point of view, we’ve spoken about it as a team. We have come together and had a chat about it in meetings.

“We have said the same thing — we really believe that football is for absolutely everybody. That is what we believe as a team, as people and as players ourselves. That’s what we want to focus on.

“We have come to a country where we will respect rules, and respect everything that goes on in this country.

“We’re all here for one thing, and that’s to play football, but in terms of what we believe as a team and as players is football is for all, everyone to be included in our great sport.”

England go into the World Cup on the back of six games without a win.

Their recent run included three defeats and three draws and resulted in relegation from their Nations League group.

“It’s not affected confidence,” said Coady, who was part of the England squad at Euro 2020 but did not play.

Grealish: Is England’s enigma any closer to starting?

Grealish, 27, made one start and four substitute appearances as England reached the final before losing to Italy in a penalty shootout at Euro 2020.
Sports
2 weeks ago

French president Macron says sport must not be politicised

Fifa has asked nations to “focus on the football” during this year’s tournament, which starts on Sunday, following a controversial build-up.
Sports
2 weeks ago
Post a comment
by BBC
Football
19 November 2022 - 00:00
Read The E-Paper