Twitter hopes that the court will order Mr Musk to complete the takeover at the agreed price.

•The tech billionaire has accused Twitter of withholding information about fake accounts.

•A self-described "free speech absolutist", Mr Musk has vowed to ease restrictions on content if the company were under his ownership. 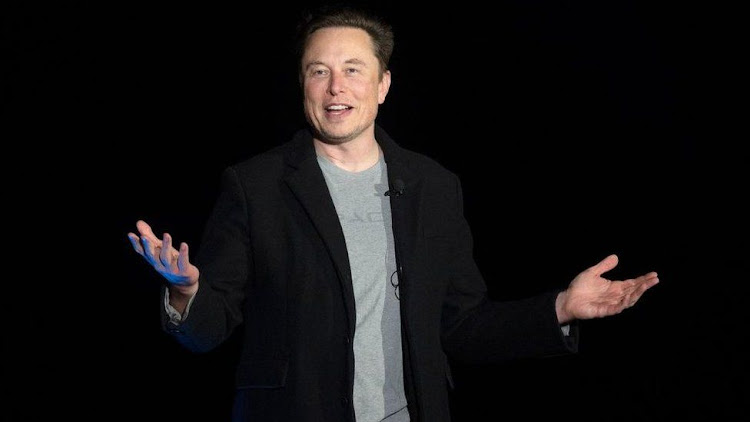 A US judge has ordered that Twitter's lawsuit against Elon Musk go to trial in October, a blow to the world's richest man who had asked for a delay.

Mr Musk walked away from his $44bn (£36bn) bid to buy Twitter earlier in July, prompting the company to sue him.

Twitter hopes that the court will order Mr Musk to complete the takeover at the agreed price of $54.20 per share.

The tech billionaire has accused Twitter of withholding information about fake accounts.

His legal team has called for the trial to be held early next year due to its complexities, but Twitter asked for a September date.

On Tuesday, a judge in the state of Delaware agreed with the company and said a delay to the trial would cast a "cloud of uncertainty".

The lawsuit accused Mr Musk of a "long list" of violations ahead of the potential merger and argued that he had "cast a pall" over the company.

At the hearing on Tuesday, Twitter's lead counsel William Savitt said the ongoing uncertainty about whether the takeover would go forward or not "inflicts harm on Twitter everyday".

To buy or not to buy?

There is a theory that Musk still wants to buy Twitter, he's just trying to knock down the price.

If that's the case, his lawyers are spectacularly good poker players.

They claimed they needed more time to dig through data on spam accounts. Clearly though this is also a stalling strategy.

They repeated Mr Musk's assertion that Twitter may have more fake accounts than it claims.

That is a hugely damaging accusation - and a strange thing to say if Mr Musk were still interested in purchasing the company at a lower price.

Twitter's reputation has already taken a huge hit. Twitter's revenues are almost entirely based on ads. The fewer real people on the platform, the less money it can make. Bots don't have wallets.

That's why Twitter wants this process sorted quickly. By far the best case scenario for the company is that Mr Musk buys it for $54.20 a share - and that it happens as soon as possible.

That's why this judgement is good news for Twitter. The judge sided with Twitter's lawyers - that a ruling needed to be reached quickly.

It heaps more pressure on Mr Musk, who is faced with the bizarre prospect of having to buy a company he no longer wishes to acquire.

However, in practice this will likely put more pressure on Mr Musk to settle, pay Twitter some money, and move on.

"Musk has been and remains contractually obligated to use his best efforts to close the deal," Mr Savitt said. "What he's doing is exactly the opposite. It's sabotage."

A lawyer for Mr Musk, Andrew Rossman, argued that he remains one of Twitter's most significant shareholders. He said the case should go to trial next year on a "sensible" schedule that would give both sides time to prepare.

Since Mr Musk began questioning the number of fake and spam accounts on Twitter's platform in May, the company has seen its share prices fall from highs of $50 per share.

The company's shares currently stand at about $39.45 - well below the $54.20 per share at which it hopes to close the merger.

A self-described "free speech absolutist", Mr Musk has vowed to ease restrictions on content if the company were under his ownership.

He has also called for the company to be more open about how it presents tweets to users and how tweets are promoted to larger audiences.

The tech billionaire has accused Twitter of withholding information about fake accounts.
Sasa
3 weeks ago

Says he had an "obligation" to return his resources to society.
Business
1 month ago

WATCH: Elon Musk says it's time for Trump to 'sail into the sunset'

The former U.S. President mocked the billionaire at a political rally.
News
1 month ago

Elon Musk pulls out of $44bn deal to buy Twitter

Twitter says it plans to pursue legal action to enforce the agreement.
News
1 month ago
by BBC NEWS None
Technology
20 July 2022 - 22:03