Says he had an "obligation" to return his resources to society.

•It came as the Microsoft co-founder announced he would make a $20bn (£17bn) donation to his philanthropic fund.

•Gates first pledged to give away his wealth in 2010 but his net worth has more than doubled since then. 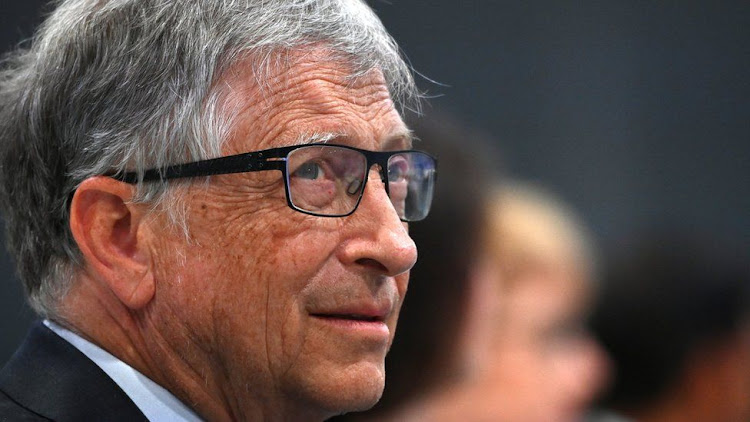 Billionaire Bill Gates has pledged again to give his wealth away, adding that he will eventually "drop off" the world's rich list.

It came as the Microsoft co-founder announced he would make a $20bn (£17bn) donation to his philanthropic fund.

The world's fourth richest man said he had an "obligation" to return his resources to society.

Gates first pledged to give away his wealth in 2010 but his net worth has more than doubled since then.

He is currently worth $118bn, according to Forbes magazine, but that will fall significantly after his donation in July to the Bill & Melinda Gates Foundation, the charitable fund he set up with his ex-wife in 2000.

In a tweet, Gates said: "Although the foundation bears our names, basically half our resources have come from Warren Buffett. His incredible generosity is a huge reason why the foundation has been able to be so ambitious. I can never adequately express how much I appreciate his friendship and guidance."

In a Twitter thread, Mr Gates said the foundation would boost its spending from $6bn a year to $9bn by 2026 due to recent "global setbacks" including the pandemic, Ukraine and the climate crisis.

"As I look to the future, I plan to give virtually all of my wealth to the foundation," he said. "I will move down and eventually off of the list of the world's richest people."

He adds: "I have an obligation to return my resources to society in ways that have the greatest impact for reducing suffering and improving lives. And I hope others in positions of great wealth and privilege will step up in this moment too."

The Gates Foundation works in countries to eradicate diseases such as Malaria, improve education and tackle poor sanitation.

It was thought to be the world's second largest charitable foundation in 2020, holding $49.8bn in assets and is backed by other wealthy benefactors such as the billionaire investor Warren Buffett.

Although the foundation has done good work, some have raised concerns about the ethics of a private endeavour wielding such great influence.

The foundation is the largest private donor to the World Health Organization, second only to the US with its annual donation in 2018.

Concerns about this became more pointed after former President Donald Trump threatened to pull US funding.