Unsolicited job applications not worth the effort

Companies ignore the emails because they don't have any vacancies 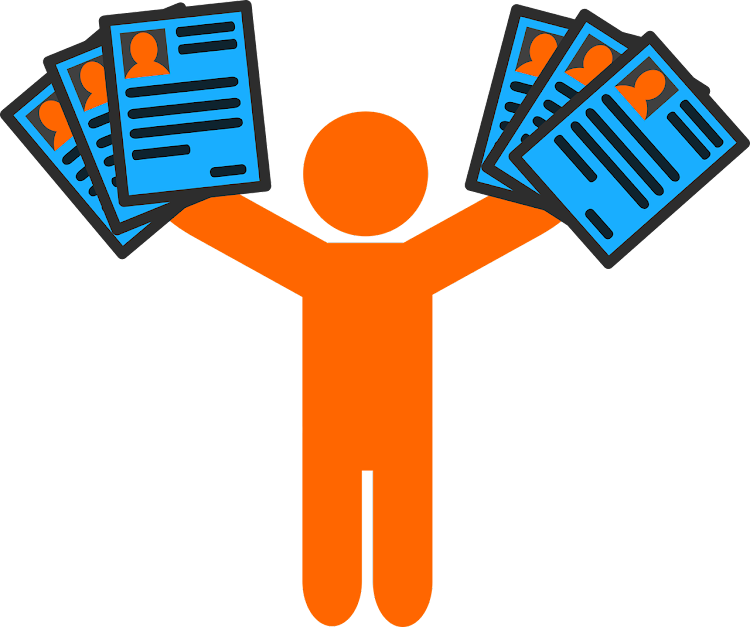 We often talk about doing business as a main or side hustle, but employment remains a key source of livelihood. Not everybody wants to run a business.

The desire to grow one's career in government, the private sector, NGOs or academia is a valid choice. Lots of business people started with money saved while in employment. A job also provides experience and contacts that could be useful in future business ventures.

The biggest challenge with employment lies in getting a job. According to the Federation of Kenya Employers (FKE), about one million young Kenyans join the job market each year.

The 2022 Economic Survey published by the Kenya National Bureau of Statistics shows that, though the entire working age population of Kenya consists of 18.3 million people, just 2.9 million of them work in the formal sector (government, NGOs and private sector). The rest work in the informal or "jua kali" sector. Competition for formal sector jobs is, therefore, very high.

Alphonse Muli, a customer service professional, was once in charge of the main email address at his workplace. Each week, hundreds of unsolicited job applications would land in his inbox. None of the emails was forwarded to the human resources department.

"We ignored the emails because we didn't have any vacancies to fill," Muli confesses. As he recalls, some of the job applications were fairly well done. "I could tell people had put a lot of effort into their job applications, but there was nothing we could do for them," Muli says.

Sending lots of unsolicited job applications makes you feel proactive, but your valiant efforts will not bear fruit. How else does one get a job?

Give me a job — author who predicted Ruto win

1. Stay networked: The Ministry of Labour, through the Kenya Labour Market Information System, recommends networking as an effective way to learn about careers and land a job. Let your family, friends and former schoolmates know you are looking for a job. Any of them could link you up with job opportunities. Join a professional association in your field of specialisation.

2. Targeted job search: York University (Canada) observes that job applications from people who apply for anything that comes up aren't usually strong enough to be competitive. Create a list of jobs you would enjoy doing. Next, find out where those jobs are available, do a bit of research about the employer, and then write a polished job application that responds to the requirements of the vacancy. It is better to do a few strong applications instead of many weak ones.

3. Create a concise CV: Job seekers put lots of irrelevant information in their CVs. Potential employers are not interested in your marital status, religion, tribe, ID number and hobbies. Include such information only if specifically requested.

He texted UhuRuto after campaigns, sought and got appointed
Sasa
1 year ago
‘Tarmacking’ blues of jobless Kenyans
Post a comment
WATCH: The latest videos from the Star
by GODFREY KIMEGA Communication Professional
Lifestyle
12 September 2022 - 04:00
Read The E-Paper