How a Ruto presidency could drive Kenyans to drink

If teetotaller inspires war on alcohol, it could backfire spectacularly 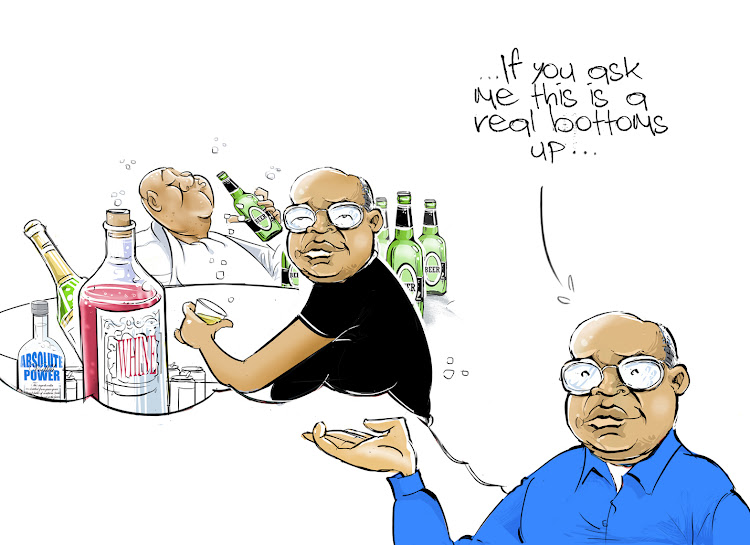 Once again after a 20-year gap, we have a teetotaller at the helm of the country. In fact, we appear to have got two for the price of one, as it were. I believe the DP-elect is also not a boozer.

While many drinkers tend to regard those who refrain from the amber nectar with suspicion, I tend to take a live and let live attitude, unless of course, they make attempts to convert me to their ways.

At that point, I tend to draw the line and can get very mean about it. I remember I once told someone who was trying to convince me of the allegedly Christian virtues of not drinking that they were not being very Christ-like.

After all, the man from Nazareth’s first recorded miracle was turning water into wine at his friends' wedding after his mother told them that they had run out of the good stuff.

That said, I have almost always found people who drink much more convivial than those who don’t. Obviously with all such rules, there are exceptions, only that none such people come to mind straight away.

Of course it is far too early to say that the new leadership will attempt to foment such fundamental Christianist attitudes towards booze, but I wouldn’t put it past some of their cheerleaders and sycophants from feeling moved to launch such anti-alcohol campaigns.

But if they do, let it not be said that alcohol doesn’t have its pluses.

For instance, the new President has pledged to revive the economy of the country while at the same time promising to invest in his bottoms up (sorry, that’s a drinking term.  of course I meant bottom-up) plan.

I’m no economist, but even I can tell you this money will not come from thin air, and so it will have to come from revenue raised by the state. Or in simpler language, from taxes.

I don’t have the figures for how much the Kenya Revenue Authority makes from the sale of the stuff that comes in the brown bottles from Ruaraka. But here in SA, I read somewhere that on average, regulated alcohol production contributes R72 billion to the South African economy through taxation, VAT and excise.

From my experience, South Africans and Kenyans drink about as much as each other, and so if our new leadership starts a campaign against alcohol, they might find themselves at odds with the tax collectors.

Look at what is happening in Japan, if you don’t believe me. Just last month, I read that the Japanese government, from which, I believe, Kenya is expected to borrow Sh31.11 billion from in the current financial year, has started a nationwide advertising campaign that aims to encourage youth to drink more alcohol again.

Apparently after years of successful government propaganda trying to get the people of the land of the rising sun to drink less, it has now become apparent to the revenue authority and the government in general that reduced sales of beer mean that the state is now facing a loss of tax revenue.

The BBC reported that Japan's young adults are drinking less alcohol than their parents and this move has hit taxes from beverages like sake (rice wine).

This is blamed on new habits partly formed during the Covid pandemic and an ageing population, says the BBC.

As a result, the Japanese national tax agency has stepped in with a national competition to reverse the trend, called "Sake Viva!"

The BBC reports: “The contest asks 20 to 39-year-olds to share their business ideas to kick-start demand among their peers, whether it's for Japanese sake, shochu, whisky, beer or wine.”

If you ask me, this is a real bottoms up, and this time, I mean it in the sense of a toast idea, and one that we may have to turn to if the fundamentalists take the wheel of the new regime. Mark my words.

'She's gone to the club with her money, so why you bothered?' he said
Sasa
5 months ago

Comedian YY: Why I do not drink alcohol

He witnessed a lot of wife battering by alcoholic dad