He stays sober as a sign of respect to his fans, whom he calls his employers

• He said that alcohol and women can destroy a musician's career 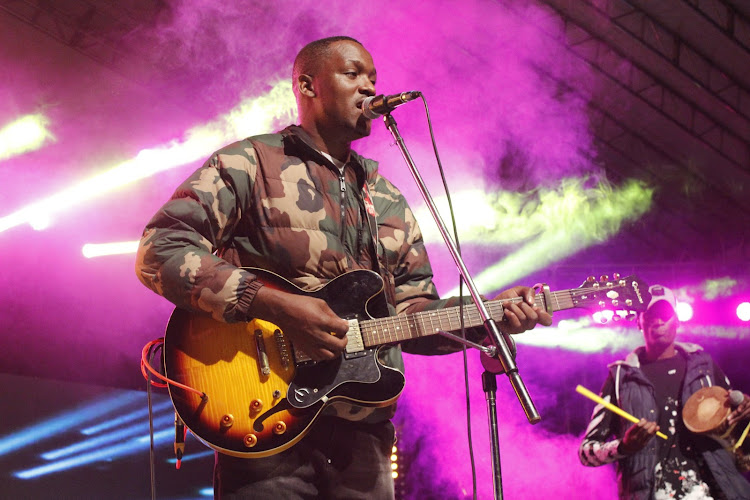 Mugiithi star Jose Gatutura, alias 'Machete', says the reason he does not drink alcohol is for him to remain sober for his 'employers'.

Speaking in a YouTube interview, Gatutura said despite him holding beer bottles in most of his songs, he does not drink.

"The best thing is to know your past and your future. While I am in a club, I am at work to entertain people, so I can't go there while drunk."

He added that as musicians, fans can mislead you and if you are not careful, you may end up messing up.

"My fans are my employers and so I have to respect them. I have to be sober. You have to ask yourself, the women who are there, are they your wives or your fans? Even if they are so beautiful, I see them as my fans and not my wives."

He advised that most male singers become attracted to the women and if you decide to entertain them by making them your girlfriends, you will finish your career.

He said in most of his songs, he tries to bring out the moral message to his target audience in the toughest way possible.

"My songs are educative. Our girls have refused to work and all they now want is to date rich men, who end up using and dumping them overnight. Such messages in my songs come out roughly to get to people's heart. I do not want to be soft because I need my message to get home."

Gatutura is among the best Mugiithi artistes in Kenya. Known for outstanding hits like 'Tuirio twega' (Good Food), 'Haha ni gute' (This is vanity) and 'Mwari wa muthamaki' (Daughter of a king), he has become a household name in many Kikuyu homes.

He says most of his songs are directed by God.

"God has given us the grace to continue doing music, so upcoming artistes should never give up but keep trying."

Post a comment
WATCH: The latest videos from the Star
by ELIZABETH NGIGI Lifestyle, Entertainment Journalist
Word Is
16 December 2020 - 00:00
Read The E-Paper