Divorcees regret not knowing their partners better before wedding 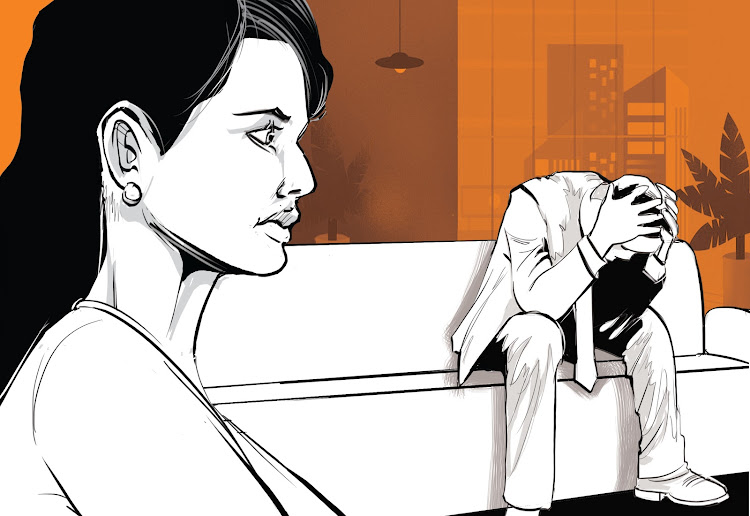 It is said that a family is the basic unit of society. The well-being of the family — or the lack of it — directly affects social stability.

Marriage creates a family but what happens to a society when marriages keep falling into trouble? The rising cases of divorce, separation, domestic violence, infidelity and absconding family responsibilities point to an unstable society.

The breakdown of families could have an impact on the future of today’s children. There is sufficient evidence that children who witness parental divorce, infidelity and violence are highly likely to suffer the same in their marriages.

Marriage.com, an online portal on relationship advice, lists the most common reasons for divorce. They include infidelity, lack of communication, financial troubles and lack of intimacy. Other reasons are immaturity, a spouse who is unresponsive to the partner’s needs, emotional abuse and incompatibility.

Those reasons for divorce are confirmed in the Journal of Couple and Family Psychology. According to the journal, the most commonly reported contributors to divorce were lack of commitment, infidelity and conflict/arguing.

Domestic violence, substance abuse and marrying when too young are also included among key reasons. The report recommends that couples seek relationship education before committing to marry.

Here in Kenya, the Kenya National Bureau of Statistics reported a steady increase in divorce cases in the five years leading to 2020. That year, it was recorded that more than 17 per cent of marriages were ending in divorce. There are fears that Kenyans are divorcing for flimsy reasons instead of committing themselves to save marriages.

Have we made it too easy to divorce?

Divorce is complicated as both partners blame each other for their collapsed marriage. Albert* and Jane* (not their real names) are a typical case. The couple divorced in 2007 after 10 years of marriage.

When they met, Jane was a 23-year-old young woman recently arrived in Nairobi to look for work. Albert worked at a factory in Industrial Area. The two met while Jane was job hunting, their relationship blossomed and they started living together. A decade later and with two children, the couple called it quits, with Jane accusing her husband of drunkenness and violence.

“He was not providing for the family,” Jane says. “He would spend all his money on alcohol, getting so drunk he would sleep on the roadside," she recalls. Jane says her ex-husband did not appreciate the sacrifices she was making to provide for their family and that he was cheating on her with another woman.

In his defence, Albert claims to have confronted Jane with irrefutable evidence that she was cheating on him. "When I found out she was being unfaithful, I talked with her and she promised to break off her affair, but she continued meeting her lover," Albert explains. “One evening, I returned home from work to find she had moved out with almost everything. The house was empty! She left me!"

The couple agreed to joint custody of their children.

Does cohabiting help you get right partner?

Disagreements over money and claims of infidelity wrecked Hannah* and Lawrence's* marriage. "Neither of us was in employment when we got married, so we decided to start a joint business trading in hardware," Hannah says.

Trouble started soon after they had a baby. Hannah learnt that, before she met Lawrence, he had been cohabiting with a woman. The problem was that the other woman was trying to win back Hannah’s husband.

“Lawrence would travel frequently, claiming to look for business, but I found out he was staying with this other woman," Hannah says. She asked Lawrence to explain himself but he grew abusive. The constant squabbling resulted in the couple separating as Hannah remained with their child.

Research conducted in Kenya and published in 2020 shows that marriages are more likely to get into trouble if the wife has a much more successful career than her husband. The research was carried out by Ndirangu Ngunjiri, a financial scientist. Ngunjiri interviewed 90 women from executive leadership networks who held high-status roles. He managed to interview six of their former husbands.

“Wives who believed they held higher status positions than their husbands were indeed more likely to experience feelings of resentfulness or embarrassment, feeling that their status was decreased by their husbands' lower status position,” Ngunjiri wrote. Husbands also reported experiencing marital dissatisfaction and thoughts about divorce if their wives were outwardly unhappy with the marriage.

Ngunjiri believes his findings are a reminder that women who seek a successful career and family life still find it challenging to achieve both.

Why spouses cheat on each other

Infidelity is turning out to be a serious challenge to modern marriage as technology makes it easier for people to find mates online. It is estimated that as much as 25 per cent of married men and 20 per cent of married women will engage in an extramarital affair during their marriages. Married people who cheat on their spouses may do it because the opportunity presented itself, for example when working far from home. Others do it because they are unhappy with the marriage. Peer pressure is also another factor.

It is a fact that some unfaithful spouses have made marital infidelity a habit. Even when caught, they continue doing it regardless of the consequences to their families. Juma* cheats on his wife multiple times each week, often with strangers. He admits to seducing women on the roadside, in bars and on social media. He takes them to low-cost lodgings for a steamy encounter. "I was like this before I married," Juma quips, “I just love women.” Adam’s behaviour suggests his infidelity is much more than a habit; he may be a sex addict.

A report in the Journal of Couple and Family Psychology recommends that couples receive premarital education to better understand themselves and their partners while learning how to manage conflict in the relationship. The authors interviewed 52 divorced individuals, many of whom said if they had known more about their partner before marriage, they would have either learned how to handle differences or left the relationship before the wedding.

More than half the divorced couples interviewed for the report expressed that they did not know enough about the realities of marriage at the time of their wedding. Some of them got surprised that their partners changed over the course of the marriage. They had trouble facing emerging problems, such as lack of attraction, decreased satisfaction and new abuse problems.

Most couples these days take premarital counselling as part of wedding preparations. The timing may discourage the couple from seeking help when signs of trouble start to appear. They may feel it's too late to cancel the wedding at a point when their extended families are preparing for the big day.

Masaki has handled 50 divorce cases in a year, still believes in marriage
Sasa
1 year ago
How I came to know we all love weddings
by GODFREY KIMEGA Communication Professional
Lifestyle
05 June 2022 - 07:00
Read The E-Paper