Are your children watching too much TV?

• On average, four hours a day are spent watching TV, six and a half hours on Internet 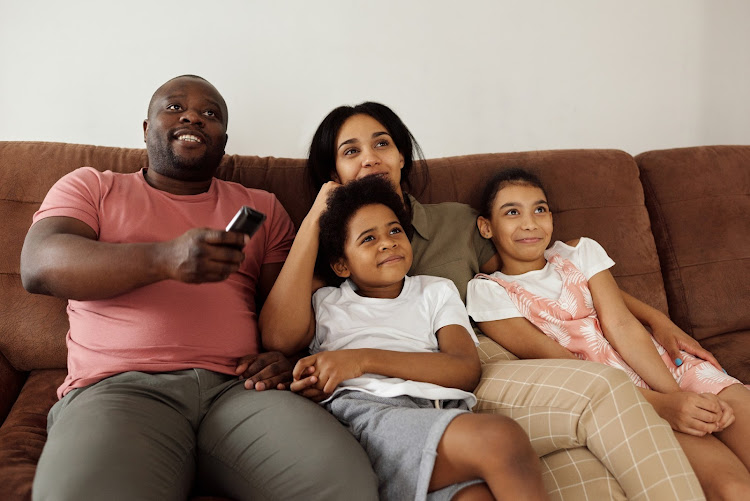 Television has become a big part of our lives. It’s in our homes, workplaces, religious places and places of entertainment. Most worryingly, television is a key part of our children’s lives, but how much TV is healthy for growing minds?

The typical child today can list from the top of their heads an impressive number of favourite TV programmes. They know all the digital and satellite TV stations, often putting pressure on parents to subscribe so they can watch popular children’s programmes.

Satellite TV decoders have become affordable as more people subscribe across the country. Though not every home is connected to electricity, solar energy is available as an alternative. Meanwhile, hire purchase companies are offering solar-powered electronic appliances, such as flat-screen TVs, with payment rates as low as several hundred shillings a week.

This leads to questions as to how much time children should spend watching TV. Is it healthy for their minds and bodies? Does the content on TV affect their character? Are adults transferring their own TV watching habits onto the children and unknowingly interfering with the child’s academic progress?

“Itabidi azoee (he will have to get used)," Tina, a mother, responded when asked whether TV is interfering with her son's homework. Tina watches her favourite soap operas in the evening, same time her son gets home from school and starts doing his class assignments. Tina’s house does not have a separate room for watching TV.

Phyllis, a mother of three, also watches her favourite programmes in the evening. She says watching TV helps her unwind after a hard day’s work, but she does not believe the TV is stopping her children from doing their homework. “My children complete their homework. If TV was the problem, they would not be getting good marks in school,” Phyllis says.

How much time do Kenyans spend on television? There is no specific data on Kenya, but the latest publicly available data for Africa and the Middle East (admittedly a rather large area) shows an average of 249.7 minutes a day. That’s about four hours a day watching TV. In comparison, the average for North America is 292.6 hours a day on TV (almost five hours).

The growth of online TV could be making matters worse. Survey results published in 2018 show that Kenyans who watch videos over the Internet spend more than six and a half hours a day at it. The survey results were published by research firm GFK in its ViewScape Africa study.

The problem of excessive screen time extends beyond TV to devices such as computers and mobile phones. With cheap Internet and work-from-home, the boundary line between business and pleasure no longer exists. Anybody anywhere can use electronic devices for work or entertainment. When you combine the number of hours spent on computers, mobile phones, TV and other devices, it adds up to well over 12 hours each day per person.

What future holds for tech-savvy kids

Research published in August 2021 shows that adults who spend more than eight hours a day on sedentary activities, such as watching TV, reading or gaming, are up to seven times more likely to have a stroke. Scientists from the University of Calgary in Canada found that the rate of strokes was higher among those who spent a lot of time on sedentary activities. Adults should get at least 2.5 hours of moderate-intensity physical activity per week.

Lots of people are leaving babies in front of the TV to keep them occupied. The colours and sounds from the TV will certainly keep the baby quiet, but it’s not good for them. “Videos aimed at very young children do not improve their development," the organisation advises on its website. Surfing the internet, spending too much time on social media or watching online videos is considered unhealthy screen time for children.

Meanwhile, further research from Australia shows that excessive TV watching in the first two years of life may be connected with delays in language development. Children younger than two years of age should not spend any time watching television or using other electronic media (DVDs, computers and other electronic games).

Have you ever wondered why more children are putting on eyeglasses these days? Research studies in Europe have proved the link between the rising cases of short-sightedness (myopia) and increased screen time among children and young adults. The authors revealed in a report published in October 2021 that high levels of screen time are associated with around a 30 per cent higher risk of short-sightedness and, when combined with excessive computer use, that risk rose to around 80 per cent.

The wordilicious game of scrabble

If you have a TV or computer in a child’s bedroom, remove it. Do not allow TV watching during meals or homework. Mealtimes should be for families to sit together, talking about the day’s activities.

Do not let your child eat while watching TV or using the computer. During weekends and holidays, suggest other activities, such as family board games, puzzles or going for a walk.

Be a role model as a parent by cutting your own screen time to 2 hours a day. Challenge your family to go for a week without watching TV or doing other screen-time activities. Find things to do with your time that get you moving and burning energy.

Post a comment
WATCH: The latest videos from the Star
by GODFREY KIMEGA Communication Professional
Lifestyle
15 January 2022 - 07:00
Read The E-Paper