The wordilicious game of scrabble

• Kenyans worried about travelling, crowds can play it with family, few friends at home 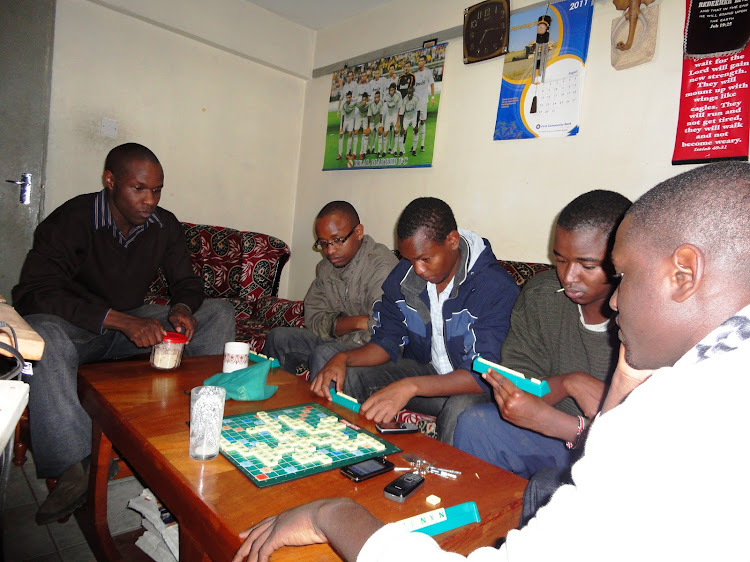 Benjamin Maosa (holding a sugar container) looks on during a past session of the ‘Scrabbler Squad’ league.
Image: TOM JALIO

Four young men huddled around the sitting room table. Not for beer or football, but a board game. Every evening around eight o’clock, racking their brains for anagrams from seven letters on a rack.

The good old days of playing scrabble with my cousins.

Coming from a family that used to play everything from Ludo to Monopoly, I rekindled my affinity for this word game while in university, converging with like-minded relatives at the house of my brother. He and a neighbour completed the six-man league we called ‘Scrabbler Squad’.

My language skills as a journalist earned me good enough performances, but I was never able to beat my elder cousin Benjamin Maosa. In eight seasons of the league, Maosa was number one in five of them. He put the ‘b’ in scrabble, I once joked, so much so they had to spell it twice.

Eight years later, I ask him, how did you become so good at it? It turns out, he just had a vague idea of how to play scrabble until he completed high school in 2003. “The person who made me be what I am is my elder sister, Kate,” Maosa, a financial analyst, recalls.

At the time, she was a student at the University of Nairobi. She taught him every move and trick. And she used to beat him all the time.

“I hated losing, a lot. Every time I lost to her, I would demand a rematch until I beat her. This went on until she couldn’t beat me anymore.” This helped him develop a love for the game and a winning mentality, which he carries to date.

While scrabble can take up to four players, Maosa says with fewer players, you can gauge your prowess. “If I am playing scrabble for fun, by all means, let’s all play. But if someone dares me while at it, I’ll definitely invite them to a one-on-one duel,” the 34-year-old says.

It helps that he was exposed to novels from a young age, but there is more to scrabble than English vocabulary. “These non-English words are pivotal in the game,” he says.

Picking certain tiles can favour you in the short term, but you need to be versatile to win in the long run. “A good player has to learn to play defensively, use two-letter words to their advantage, be conservative with ‘s’, use high-value tiles first and maximise on blank tiles. I have learnt to master these skills.”

For those who think board game players should get a life, Maosa says people have different tastes. “Having fun is like listening to music. Different people prefer different genres. No one can rightfully claim their choice is the best of all,” he says.

He doesn’t limit himself to board games as “everything has its time”. But he encourages people to play scrabble because research shows it improves memory, reduces blood pressure and improves the immune system. It also lowers the chances of mental decline since it keeps the mind stimulated. 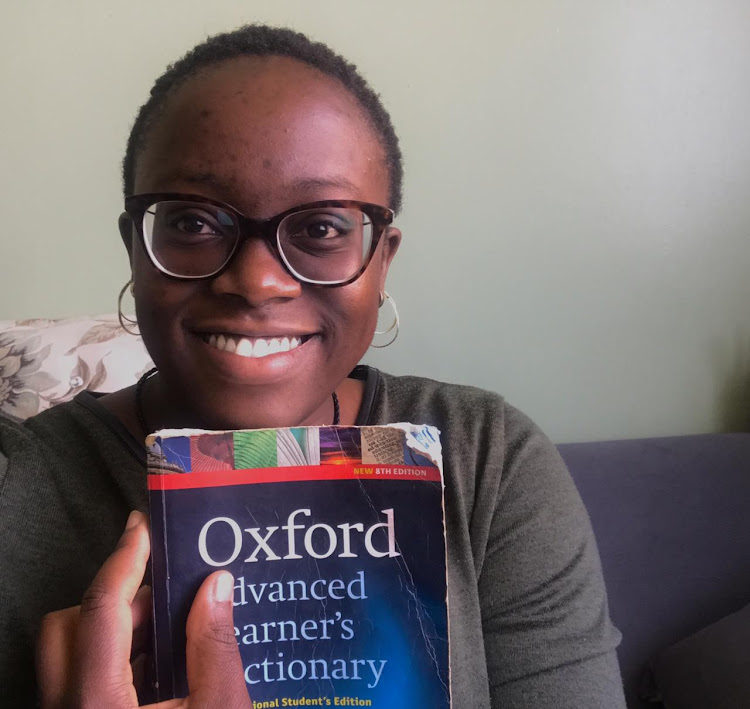 I will play scrabble with my child, like my mother did with me. It’s a picture that brings me happiness

RUNS IN THE FAMILY

For Jill Namatsi, 31, scrabble is a family tradition she picked up from her mother as soon as she was old enough to understand and play it. That was in the ’90s in their home town of Kakamega.

“That is how we spent weekend mornings after cleaning the house,” the Nation digital subeditor says. “Mum taught English and Literature, so she loved words. She got so excited when we formed excellent ones and earned many points because that let her know we were smart and that she was passing something she loved on to us, while also teaching us a language she loved.”

In those moments, Namatsi and siblings were like students, complete with competition and rewards at the end. Mum also encouraged them to read comics and newspapers to build their vocabulary.

Now caught up in the hustle and bustle of work, she escapes more into audiovisual entertainment. “Light movies and series that do not require too much thinking often do the trick.”

However, she wouldn’t turn down a game night with friends. “There is the competition that is ever so thrilling. The thinking on your feet, under less pressure than at work, which invigorates you from head to toe. The laughter that eases stress. The quality time with friends that is life’s fuel. And sometimes awards at the end to top it all off, for example a bottle of wine, a miniature trophy or your name up on a blackboard until the next game night.”

The little joys of the game make Namatsi want to keep the fire burning when she starts a family. “I will play scrabble with my child, like my mother did with me. It’s a picture that brings me happiness, the kind I would like my children to hold on to long after I’m gone. Scrabble, like other games, board or not, is important for bonding in families and in social circles.”

Two men huddled around a makeshift board, with bottle tops for playing pieces. That is the scene that is more likely to greet you in mashinani (grassroots). Draughts, not scrabble.

But Davies Ndolo, 27, says there is more to this reality than English not being the lingo of choice in rural areas. Though relatively simple, draughts challenges the mind, and the game is a hub for banter.

“Scrabble would be considered a game of nerds, and maybe only those interested in showcasing their brilliance would want to participate,” says the creative director of Terracotta Moon Agency.

The thing with scrabble, he says, is that it’s not a board game you can play on the go. You need to create time for it. “You also need the right person to play the game with. They must be really interested in creating words,” he says.

Throw betting into the equation and Ndolo’s motivation goes up. It is one of the guilty pleasures of Kenyan men. “If people are competitive like me, betting would certainly encourage more of them to play scrabble. However, this would also encourage cheating.” 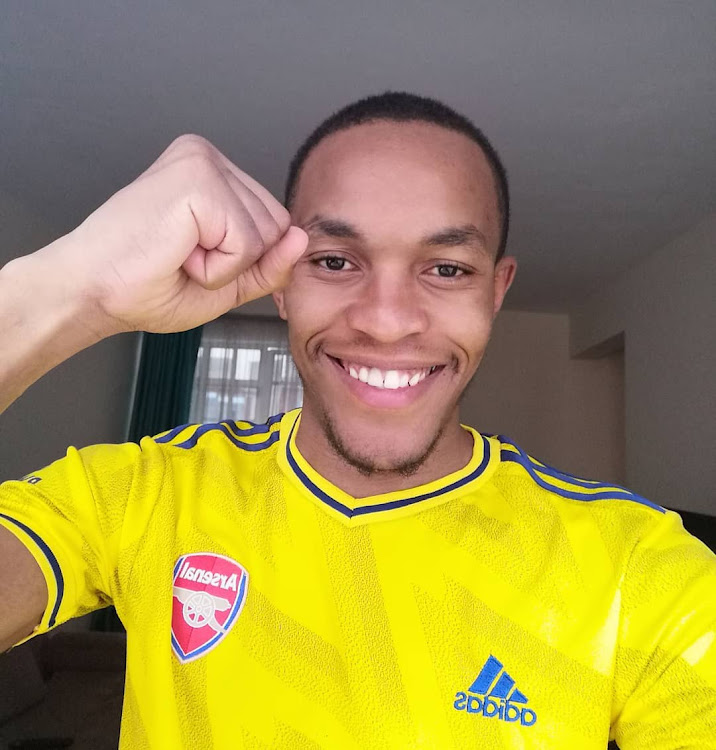 If people are competitive like me, betting would certainly encourage more of them to play scrabble. However, this would also encourage cheating.

You can play board games like scrabble and chess versus a computer. Ndolo finds it a worthy challenge, if the aim is to develop your skills. The fact that it’s programmed strikes him as unfair, though.

Technology also allows for users to compete digitally. Ndolo has the scrabble app and always challenges players online. He feels this restores the social element to an extent.

To grow its appeal, Ndolo feels scrabble should be made available in local languages. Especially Kiswahili, the national language, which is hamstrung by a lack of words with the likes of q and x.

“Ideally, scrabble was created for English. Mashinani guys will relate with Kiswahili more. I am sure they can do amazing things with Kiswahili,” he says.

Scrabble chairman: You don’t have to be good at English

Ndolo was lucky to be in a high school that got every classroom a scrabble board. “It was fun playing scrabble during the weekend,” he says.

What has always eluded him, though, is scoring a bingo. This is whereby you use all seven letters in your rack to form a word and get 50 bonus points as a result. “This is something I should try and achieve,” he says with a laugh.

This writer also has unfinished business with the game. After my cousins and I drifted apart, a sense of nostalgia had me buying a fresh board this year and assembling a new ‘Scrabbler Squad’. I hope I actually manage to win this time.