Life behind bars and the struggle to reintegrate

Course helps convicts appeal their way out, but they emerge to a bitter freedom

• Wrongful conviction abounds due to ignorance, costing many their family, jobs, assets 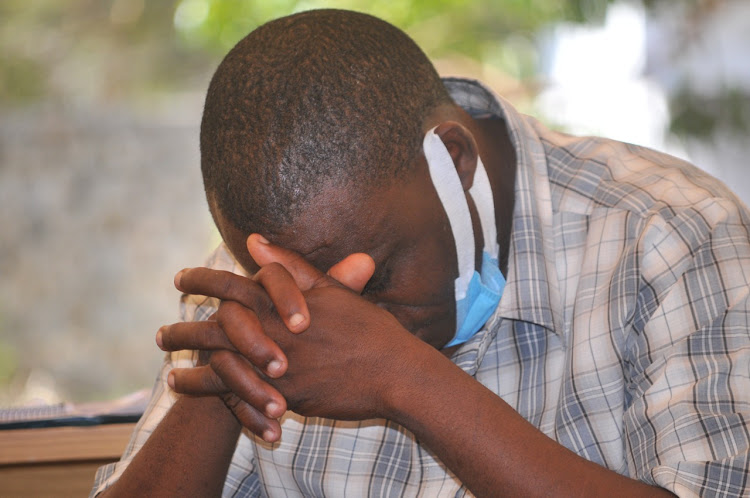 He was only a 27-year-old energetic youth, married with three children, when he was thrown behind bars after he was convicted of robbery with violence.

In 1999, Ali Mwero was incarcerated for life after he was arrested and charged with robbery with violence.

The Penal Code stipulates a death penalty for attempted robbery with violence. However, the sentence is usually commuted to life imprisonment.

After 20 years behind the high walls of the Shimo la Tewa Maximum Prison in Mombasa, Mwero was released after he successfully petitioned the state against the sentence.

After walking out of the prison walls in 2019, Mwero went back home to Kinango, but he was startled to find that his land had been sold. What's worse, his family had been scattered after his wife got remarried to another man and left their children to their own devices.

Now a 49-year-old man, Mwero says, he does not have a place to call home.

The day the gates of the prison were opened and I walked out of that facility, it hit me that I was finally free. Life behind bars is not a joke

When he was arrested in 1999, Mwero said, he could not hire a lawyer to defend him in court, though he later tried to challenge the lower court’s decision at the High Court and Court of Appeal while serving sentence.

“The day the gates of the prison were opened and I walked out of that facility, it hit me that I was finally free. Life behind bars is not a joke,” he says.

Prison life made him change his perspective about life and regret all the wrong choices he had made while living freely as a young man.

When he was sent to prison, he only had a primary school certificate, but he managed to register for secondary school examinations and earned his certificate.

He also undertook a paralegal training and Alternative to Violence Project (AVP) Training through the Kituo Cha Sheria Organisation.

Over the years, he also underwent several refresher courses, promoting him to become a Trainer of Trainers.

Through the paralegal training, Mwero was able to petition the Mombasa High Court in 2017, and the matter was heard in 2018 before he was acquitted in 2019.

“In 2017, I petitioned against my sentence using the paralegal training I had acquired from the training and I was able to acquire my freedom in 2019,” says Mwero. 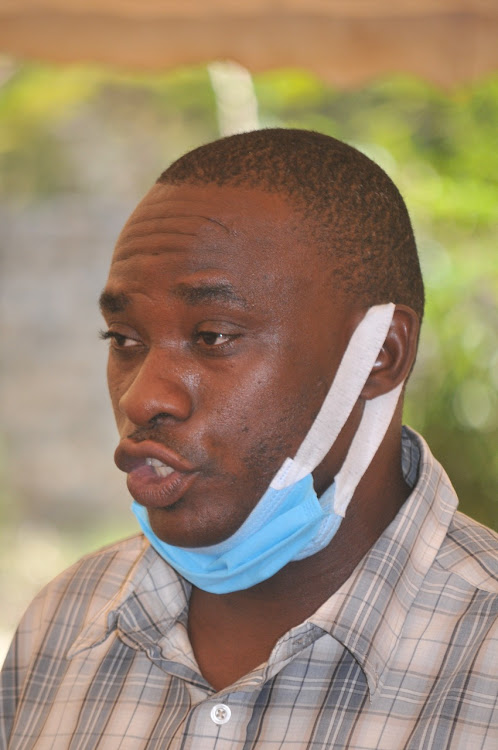 However, upon release, he found things were not the same for the two decades he was behind bars.

His parents, uncles and siblings had died. Only one of his sisters survived.

“I was taken aback after I found out my wife had moved on and got married somewhere else, leaving our children scattered without parental love,” he says.

His only asset, a parcel of land, had also been sold by one of his late uncles without his knowledge.

Mwero, who is now surviving on menial jobs, says he was glad to have been welcomed back to the community, but life has really been difficult.

Currently, he lives in a small rental single room in Mombasa. However, he has not been able to pay his rent for the past three months and will soon be evicted by the landlord.

“By June 15, I might be evicted over a three-month pending rent,” he says.

Mwero’s appeal to the government is to allow prisoners who have acquired artisan skills in carpentry and welding to be paid so they can use the money to start their lives after serving jail term,” he says. 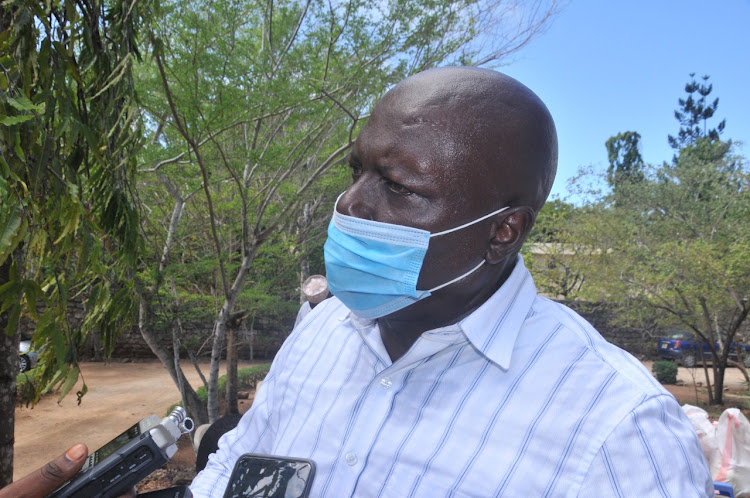 We also meet Dismas Omondi, whose 12-year journey in prison made him change his perspective about ex-convicts in the community.

“I used to think that anyone who had come out of prison was still a criminal. Until I went in myself, that is when my perspective changed,” he says.

Omondi was sentenced to life imprisonment for robbery with violence, a crime he said he had not committed.

Just like Mwero, Omondi could not hire a lawyer to defend himself before the court.

He was thrown into prison in 1998 and served until 2010, when he had an opportunity to petition against the sentence.

Omondi underwent paralegal training organised by the Kituo cha Sheria back in 2007, and he used the knowledge he had acquired to petition against his case.

Together with 30 other inmates, he was trained on appeal writings and submissions, which they put to use and it helped them secure release. They have also been helping other inmates to appeal their cases.

Omondi says the prison management was kind enough to provide them with office space, where they have been offering training to their fellow inmates whose cases are coming up for mention.

Until his release, Omondi and his colleagues had managed to assist close to 250 fellow inmates to petition their cases.

“I’m glad we were able to assist many of our fellow inmates because a good number of them were jailed for crimes they did not commit,” Omondi says.

In 2010, Omondi was acquitted and the journey of reintegration back to society began.

“Upon my release, I had nothing. Lucky enough, one of the prison warders gave me Sh200 to use as bus fare back home.”

He faced a lot of stigma and discrimination from the community as most people still viewed him as a criminal.

“Getting a job became an uphill task as many people could not trust me anymore,” he says.

It has been 10 years since he left prison and he has now committed his life to training inmates and the community at large on criminal justice.

Omondi is currently the chairperson of the Wema Justice Centre, which is committed to helping ex-convicts and offering legal aid to poor people in the society who cannot afford to get a lawyer to defend them.

Together with his 15 colleagues, he has been going around the community educating people, especially the youth, to stay away from criminal gangs.

He has also appealed to the government to make it possible for them to acquire certificates of good conduct to enable them to apply for job opportunities. 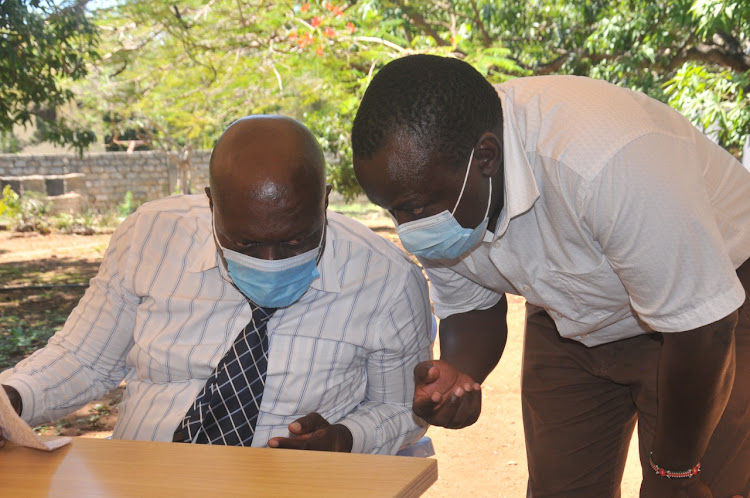 Many of these children you see begging on the street belong to mothers who are in prison. It pains me to see the challenges they go through

Mary Robins left the Shimo La Tewa Women’s Prison last October, three years into a five-year sentence after she was found guilty of having narcotics.

At the time of her conviction, she was heavily expectant. She wondered how her child would survive in the prison environment.

Soon after delivery, she made arrangements for her family to pick the child, fearing the challenges the child could face in prison.

The law allows toddlers to stay with their incarcerated mothers in prison up to the age of four.

It adds, "The infant child of a female prisoner may be received into prison with its mother and may be supplied with clothing and necessities at public expense."

Upon her release from prison, Mary joined the Wema Justice Centre to advocate the rights of children whose mothers have been sentenced to jail.

Together they are planning to build a home that will cater for the children whose parents are in prison and also accommodate ex-inmates who have served long sentences and have nowhere to go once released.

“Many of these children you see begging on the street belong to mothers who are in prison. It pains me to see the challenges they go through," Mary says.

She is calling on the government to offer support to these children because many end up in crime and substance abuse due to lack of parental care.

Mary says many women have ended up in prison because of poverty and illiteracy. Therefore, she is now committed to educating women on criminal justice and offering training on how they can best petition against their sentences.

“There are women serving long sentences because they could not afford a lawyer. Most of them are not criminals, especially those who are in for murder. They could have been provoked or victims of circumstances,” she says.

At the time of her conviction, she was working as a clearing agent, but her company got revoked.

Since her release, she has been working towards reviving it so she can get back on her feet to continue fending for her family.

The Kituo Cha Sheria Organisation, one of the oldest and experienced legal aid human rights organisations in the country, has been offering paralegal training to inmates at the Shimo la Tewa Prison since 2007.

Zedekkiah Adika, a lawyer with the organisation, says they have been at the forefront in ensuring people from poor backgrounds access justice. They have also been carrying out training for community-based organisations.

The inspiration behind the training is a Supreme Court judgment famously known as ‘The case of Francis Muruatetu’, in which the Supreme Court overturned the death sentence facing two murder convicts.

“In prison, the training has been helping inmates, who are completely illiterate and cannot help themselves,” Adika says.

He said the prison project is mainly focused on criminal law, and the community one, introduced recently, focuses on community issues, such as land injustices.

The countrywide project has been implemented in 20 counties so far, with more than 700 inmates and officers getting trained.

The project is funded by the Dutch Embassy and the United Nations Development Programme’s Amkeni initiative, where every year they train 30 individuals on criminal justice.

“Our target has been inmates serving long jail terms or on death row. However, we sometimes train prison officers so we can ensure the continuation of the programme,” he says.

Last year, they were able to secure the release of 182 inmates serving different sentences through the programme.

Song and dance in prison as inmates taste freedom