• The Maasai have been recipients of patronising love for millennia from foreign philanthropists, churches, and NGOs.

• This belies the wealth, resilience, and intelligence of the world-renown community. 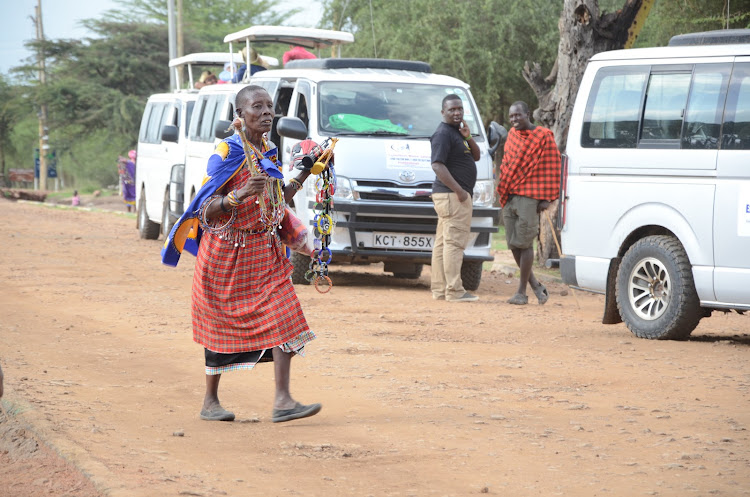 Social media has been inundated with a hate campaign against wildlife conservancies and tourism from prominent education and conservation critics, Dr Wandia Njoya and Dr Mordecai Ogada.

The duo forms a perfect synergy, propagating socialist rhetoric according to which profit inspired businesses are evil (they call it the pirate sector). Also, that wildlife is too sacred to be exploited for income while the tourism business is a colonial fantasy.

Their harshest wrath, however, is against white investors in tourism, whom they hedonistically abuse at will in the name of national consciousness.

Their campaign against white investors is camouflaged as love for the Maasai, counter-intuitively propagating negative prejudices about the community.

The Maasai have been recipients of patronising love for millennia from foreign philanthropists, churches, and NGOs. This belies the wealth, resilience, and intelligence of the world-renown community.

Historically, their land borders national parks and this made them intertwined with wildlife and tourism.

But our laws have not been fair. Conservation policies excluded them from parks by banning human activity, while the law made it very difficult for people to earn from wildlife.

Wildlife conservancies evolved in this backdrop, as a natural confluence of ecology and economics.

Communities and private landowners embraced wildlife on their land to complement parks and game reserves. By offering additional space for wildlife, it has boosted conservation since lack of adequate space and habitats has been the biggest limiting factor to the survival of large mammals.

But this could only be feasible if wildlife on private land will pay to make conservation viable land use.

Since the only legally acceptable use of wildlife is tourism, conservancies have attracted the attention of potential investors for collaborative ventures.

Even brands such as Serena and Sarova do not always own all the hotels under their stable. Instead, they have management contracts with the owners, who may be different from owners of the land.

The principle is neither new nor unique. Hundreds of people from Central Kenya have been leasing land from the Maasai for agriculture for many years without a fuss.

That’s how we get the vegetables and fruits from Oloitoktok and wheat and potatoes from Mau Narok. These are all examples of the mutual exchange of labour, capital, and skills among people and communities.

That is why the negative obsession these critics have against white investors smacks of ignorance and racial grudge.

The Maasai don’t need this patronising sympathy. They need legal leeway and partnerships to harness the potential of their land, culture and wildlife into wealth.

This can only happen through the development of market receptive goods and services that can generate income. In the process, there will be hits and misses. There will be misunderstandings here and there but such should not be blown out to discredit conservancies and business partnerships.

The critics have been singling out the dispute that rocked Shompole Lodge in Magadi but do not admit that business and property disputes are worse in Central Kenya and Nairobi than Maasailand.

The investors looking out to the Maasai for business partnerships love the Maasai more than the armchair moralists hell-bent on finding faults. These critics are the biggest enemies of the Maasai as they are just entrenching stereotypes against the community.

The Maasai successfully repulsed colonial invasion in the 1900s. It's farfetched propaganda to tell us they have become so ignorant they are piously acquiescing to colonialism today.

Additionally, it’s very sad when a white person cannot engage in legitimate tourism enterprise in Kenya without their race being subjected to thoughtless ridicule by these critics and their social media followers.

Such bigotry shouldn’t be celebrated just because it emits echoes of nationalism. It is not patriotism; its cheap demagoguery.

Ndung’u Njaga is an ecology and tourism travel consultant

Communities tell public forum they are neglected in conservation.
News
2 years ago

Cheap emotions have held conservation at ransom for way too long.
Opinion
2 years ago
Post a comment
WATCH: The latest videos from the Star
by NDUNG'U NJAGA
Columnists
07 January 2021 - 05:00
Read The E-Paper