Communities told public participation forum they are often neglected in conservation and sustainable use of forests.

• Forest Conservation and Management Act 2016 will be amended and government is seeking public input.

• Conservationists and representatives of forest communities said the communities must be given key roles in management and conservation as they know best. 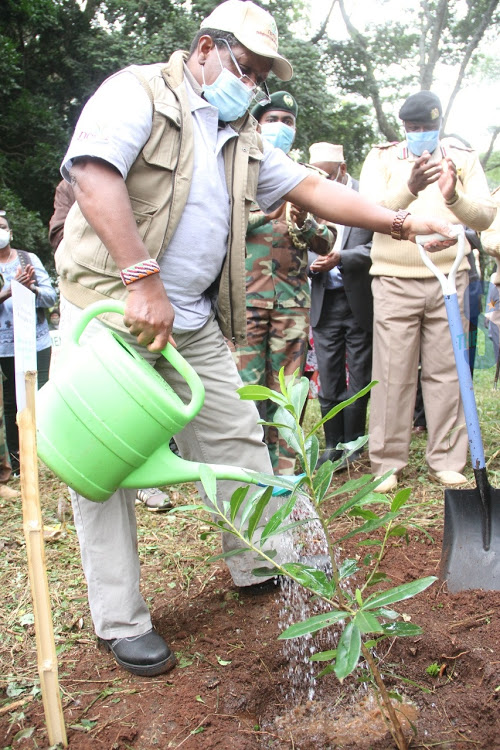 Community forest associations should be at the heart of forest conservation and management but they are neglected, the government has been told.

More than 70 people took part. A number were from the Conservation Alliance of Kenya and some from the private sector.

The aim was to collect views leading to amendment of the Forest Conservation and Management Act 2016.

“The forest sector should put actors together by forming county forest conservation committees and build the capacity of forest associations,” Gerald Ngatia said. He is secretary of the National Alliance of Community Forest Associations.

He said the commercialisation of forests is given a lot of weight, sidelining other important community roles such as conservation of wildlife, water conservation and sustainable livelihoods derived from forests.

Forest fires have decreased since community forest associations were brought on board, he said.

“Forest policy should be anchored in the Constitution Articles 62 and 69 which are long-term, not anchored in short-term Vision 2030,” he said.

Thuita Thenya told the forum charcoal is a huge business that can employ many people and bring in huge returns. He urged the government to facilitate charcoal burning as a sustainable economic activity.

“In the policy draft, there is no deliberate effort to recognise community participation as central,” Thenya said. He is a member of the Kenya Forest Working Group

Peter Moll said it is straightforward that community participation is a core component and it should not be a bone of contention. He is the founder of Stand Up Shout Out (Suso).

“Is it because of benefit-sharing that corruption and greed want to shut communities out?” he asked.

Moll said youth need to be mainstreamed in forest management and to benefit from it.

Lucy Waruingi said the link between forest conservation, biodiversity and tourism is not recognised. Forests host a wide range of biodiversity resources. She is executive director of the African Conservation Centre. Tourism in forest areas would provide additional income and promote conservation, she said.

She is is executive director of the African Conservation Centre, Waruingi said.

During the meeting, experts said the policy does not mention the private sector in the development and management of indigenous forests, especially in eco-tourism and support of communities.

They said the private sector can play a vital role in generating funds through commercial forest activities, and directly contribute to indigenous forest management.

Susan Muthoni said the policy should institutionalise payment for ecosystem services so benefits can be ploughed back into communities.

Paula Kahumbu, CEO of Wildlife Direct, said existing police states that the national target for forest cover is 10 per cent, which is incorrect because that is tree cover and not forest cover.

She called for proper, transparent, accountable and internationally approved mechanism to monitor the state of forests.

“People depend on our forests for basic needs especially fuel, which is why we are degrading our forests so rapidly. The degradation is already a national crisis,” Kahumbu said.

The crisis of degradation is not captured in the policy, which also does not create incentives for private individuals to plant trees or practice forestry, she said.

“In fact, if you plant an indigenous tree you can't cut it down,” Kahumbu said.

During the forum, the government was put on the spot for encouraging farmers and communities to plant trees as a business but when it comes to harvesting, bureaucracy and cartels obstruct them.

David Silakan said collaborations and partnership in forest management are often on paper.

“I recall the co-management of forest attempts and Ngare Ndare was one piloted. I don’t know what happened to recommendations for involvement of communities and indigenous peoples,” he said.

Strategy seeks to increase tree cover from the current 7.2%.
News
2 years ago

Kenya Forest Service has involved different stakeholders in the drive.
News
2 years ago
Post a comment
WATCH: The latest videos from the Star
by GILBERT KOECH News Reporter
News
03 July 2020 - 13:25
Read The E-Paper