Cheap emotions have held conservation at ransom for way too long. 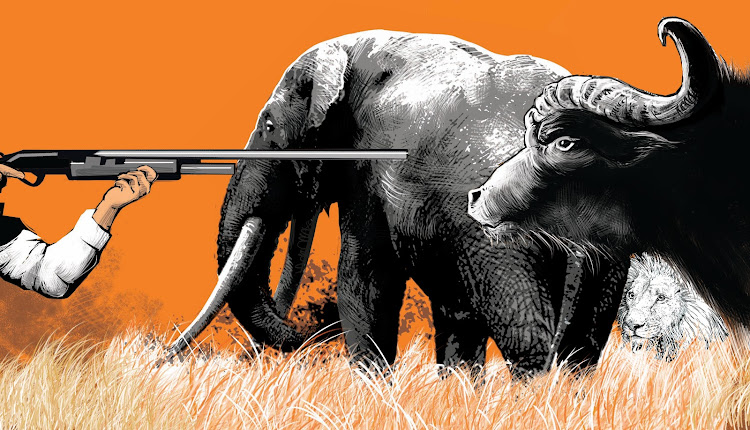 KWS has again provoked the wrath of animal lovers with a tweet of a picture and a story on contraceptive use on lions in Lewa Conservancy. The criticism has followed the established pattern – hatred for private conservancies, hatred for KWS and uncritical bashing of any activity by KWS disguised as love for animals and conservation.

An interesting story appeared a few months ago the New York Times. Authorities at Tiger Creek Preserve in Central Florida were on a mission to hunt down and eradicate all Burmese pythons.

The animal is said to have been introduced accidentally, thence causing ecological imbalance. “One of the problems with the Burmese python is that it’s an invasive species getting in the way of the area’s natural functioning system. That is why we are trying to eradicate it,” explained the manager, Cheryl Millet.

What’s the big deal here; one may ask. Well, it’s a classic study of science-led conservation and management of a park, devoid of cheap human emotions that attend conservation in Kenya.

In this particular incident, the authorities had captured a 17-foot female; they euthanised it (yes, killed it) and destroyed more than 70 eggs that were developing inside her. And they openly broadcast it to the public.

If it were in Kenya, an avalanche of emotions would have ensued condemning the authorities for being heartless and blood thirsty, with animal rights activists waxing lyrical. Remember the uproar that greeted the shooting of a lion called Mohawk in Nairobi Park a few years ago?

These conservative emotions have held Kenya’s conservation at ransom for way too long and continue to hold undisputed sway on wildlife policy.

For instance, the Tourism CS recently commissioned a task force to advise on how consumptive utilization of wildlife can be tried to stem the tide of wildlife decline by giving animals commercial value over other land uses.

The motivation here is to give communities incentive to propagate wildlife on their land as an economic activity, rather than subdivide it into ecologically unviable plots which are inimical to conservation.

But the proposal has been dogged by hate campaign from wildlife welfare activists who describe any attempt to kill wildlife as evil while demonising the white community in Kenya, the perceived beneficiaries, on account of a few who manage large wildlife ranches.

In the process, the country is stuck with rigid laws that disallow profitable use of wildlife and because of which wildlife continue to decline.

In Kenya, killing animals even for management is a taboo. A while ago, population of lions in the Aberdares National Park exceeded ecological stability which was manifested by decline in population of bongos and wild pigs.

In spite of scientific data pointing the need for management intervention, KWS was too timid, fearing to provoke the wrath of animal lovers who would not stand management culling of wildlife, especially lions. In the end, the process was effected in strict secrecy; nobody in the service admitted there was a problem of lion population in Aberdares leave alone the secret control.

Two years ago we had an incident in Lake Nakuru National Park where buffaloes reportedly died of anthrax. This was not the whole story.

As a completely enclosed park, Lake Nakuru hosts one of the highest densities of buffaloes in the world, animals with very high fecundity. Effectively, the population grows profoundly during the wet season to unsustainable levels causing huge imbalances and habitat destruction which peak during dry season where animals die off en mass.

A rational option here would be to cull excess animals but this cannot happen due to the sound and fury it would elicit from animal welfare activists, to whom KWS has acquiesced because most of them are powerfully aligned to the donors that underwrite KWS operations.

That is Kenya for you. We love animals too much; we would rather they die of drought and density dependent factors like diseases, rather than culling them.

We can’t even imagine killing them to maintain ecological equilibrium in the parks like in the above story of pythons in Florida. That is why this Lewa story is causing jitters in some circles.

The argument that controlling lion population is not natural does not hold any water. There is no strictly natural population of wildlife anywhere on earth that can survive sustainably without human management of some kind. And certainly most of national parks and all conservancies are too small and some form of artificial management is inevitable.

If the Lewa management has data to guide manipulation of animal populations to achieve a certain balance, let us leave them alone. Private sector is far much ahead in conservation than critics care to admit.

The officers also assured the tourists that they are safe to visit the park.
News
3 years ago

Why anthrax outbreaks recur in Nakuru

Preliminary results show a high-risk belt that experiences repeated outbreaks, especially in the dry season.
News
3 years ago
Post a comment
WATCH: The latest videos from the Star
by Ndung’u Njaga
Columnists
22 July 2020 - 04:00
Read The E-Paper