In an advertisement, the county assembly requested submissions from residents 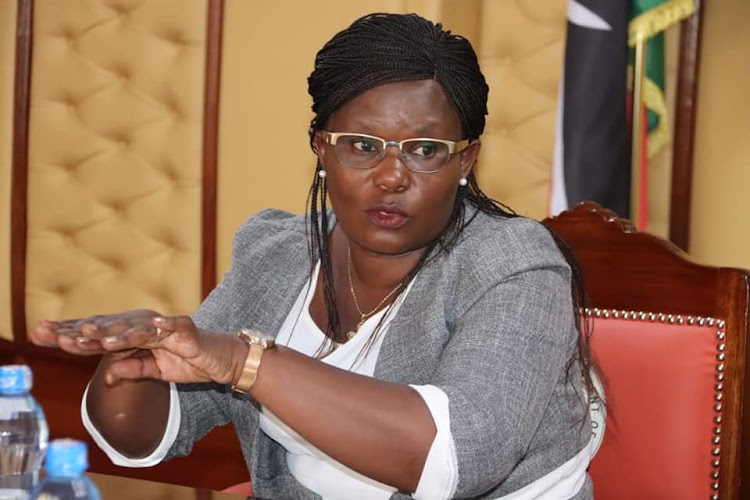 Meru Governor Kawira Mwangaza's impeachment process is slowly gaining momentum as the assembly invites the public to express their views.

In an advertisement, the county assembly requested submissions from residents on an impeachment motion that had already been tabled and approved by the assembly

Oral or written submissions and presentations are to be forwarded to the clerk by November 28.

“Article 196 of the Constitution provides that a county assembly shall openly conduct its business and hold its sittings and those of its committees in public and facilitate public participation and involvement in the legislative and other business,” reads the notice.

“The office of the clerk has approved a notice of motion for the removal of the governor by impeachment in line with the provisions of Article 181, Section 33 of the county governments Act 2012 and standing order No.65 of the county assembly of Meru standing orders.”

The public participation is a result of a motion filed by a Meru resident, Salesio Thuranira, seeking to have her ousted for alleged abuse of authority and gross misconduct.

He has faulted the governor for violating the Constitution by appointing her relatives in government including her husband, Murega Baichu, as the Meru Youth Service patron.

Kawira, he says, went against the law and claimed some of her appointments had not been subjected to a competitive process and had not received the nod of MCAs.

The county chief has been in the eye of a storm with the MCAs since her election over the running of the county.

"All they want from me is handouts so that they can do what they are supposed to do according to the Constitution. Do you want me to give handouts," she said at a past event.

The legislators have also accused her of sidelining them in county development matters.

But, the governor has dared them before to go ahead and impeach her accusing them of demanding ward development funds.

Several efforts to reconcile her with the MCAs have also hit a snag.

Should impeachment pass, she will be the first county chief to be impeached after just three months in office.

Say wrangles between the governor, MCAs has brought shame to the community.
News
1 month ago

Her style entails a public baraza where she asks residents for their opinion.
Counties
1 month ago
Post a comment
WATCH: The latest videos from the Star
by FELIX KIPKEMOI Political Reporter
News
22 November 2022 - 09:26
Read The E-Paper