Police have launched manhunt for the drivers of two vehicles that diverted from a culvert that had IEDs. 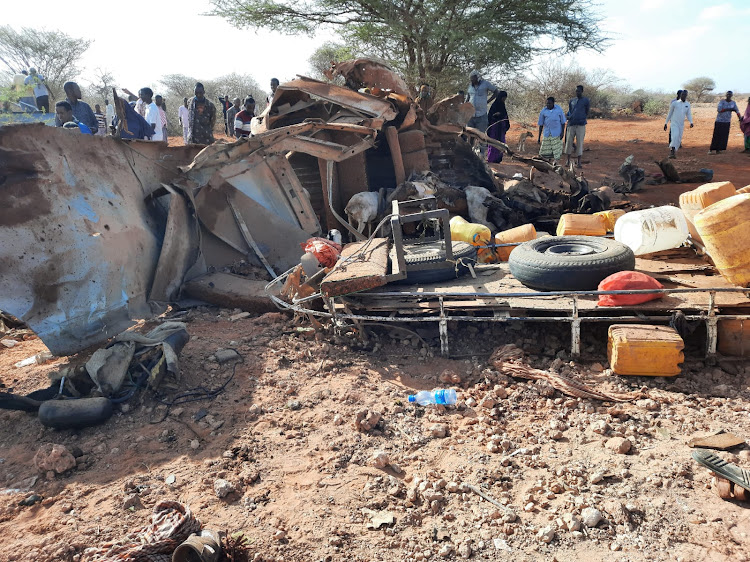 SECURITY THREAT: A mangled wreckage of the vehicle that was destroyed in Arabia, Mandera when the vehicle stepped on an IED.
Image: STEPHEN ASTARIKO

At least seven people died in a Monday morning attack at Hagarsu, Arabia, in Mandera county when their matatu ran over an IED.

Police launched a manhunt for the drivers of two vehicles that diverted from a culvert that had the IEDs, just before the matatu ran over them.

Among those killed were three women, including an eight-month pregnant woman and four men. Several goats and sheep that were being ferried to the market also died.

Some 13 others were also injured and were rushed to the Mandera County Referral Hospital.

Hospital CEO Abdi Maalim said four of those injured were in critical condition.

Outgoing regional police commander Rono Bunei said police want to establish why the vehicles diverted when they approached the culvert.

Bunei said at least six al Shabab militants feared to be behind the attack had crossed over to Somalia. 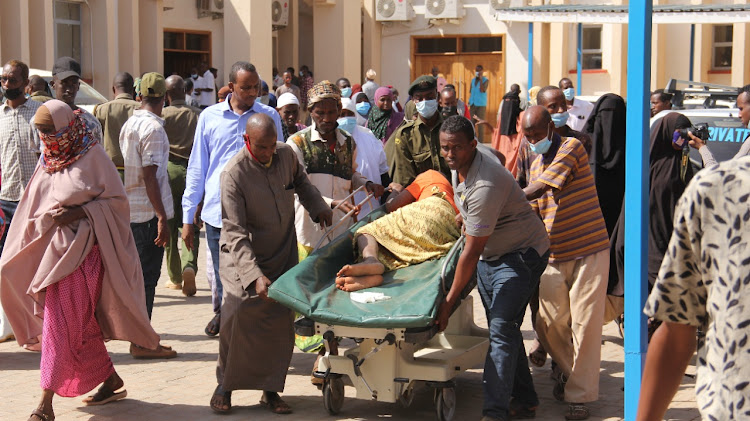 TERROR ATTACK: A man is being wheeled to the Mandera County Referral Hospital on Monday. He was among those injured in an IED attack in Arabia, Mandera.
Image: STEPHEN ASTARIKO

He said officers on the ground said there was a sign by the road side that showed there was an IED a few meters away.

The officers suspect that is why the two vehicles decided to divert.

“There is a high possibility that the two vehicles knew about the IEDs and that is why they took a different route.

"Could be they were working in cahoots. We will dig deeper to establish the truth,” Bunei said.

Lafey MP, Abdi Mude while condemning the incident, urged the government to enhance security in the border town.

"We request the government to undertake thorough investigations and bring the culprits to book.

“We are mourning the loss of innocent lives in the hands al Shabaab terror groups. I wish to send my earliest condolences to the families," the MP said through a Facebook post.

He said for far too long, they have been held hostage by this terror groups along the porous borders which has claimed many lives.

"I urge the national government to continue working closely with residents in identifying these characters," Mude said.

The attack comes after a terror warning was issued by various western governments including France, USA and the Dutch.

The foreign governments had warned that the attacks would happen over the weekend.

However, Kenya denied any knowledge saying they had ramped up operations to tame such plans.

The attacks have left dozens of civilians and security officials dead or wounded.

Terrorists have been planting explosives on the routes used by security agencies.

They have also been targeting communication masts, vandalising them.

There are concerns the persistent attacks are grounding operations in the region.

Transport has been grounded in fear of attacks.

In June 2021, the Mandera government stopped movement of their vehicles over increasing terror-related incidents.

Police have been mounting operations in the area to deter further attacks. 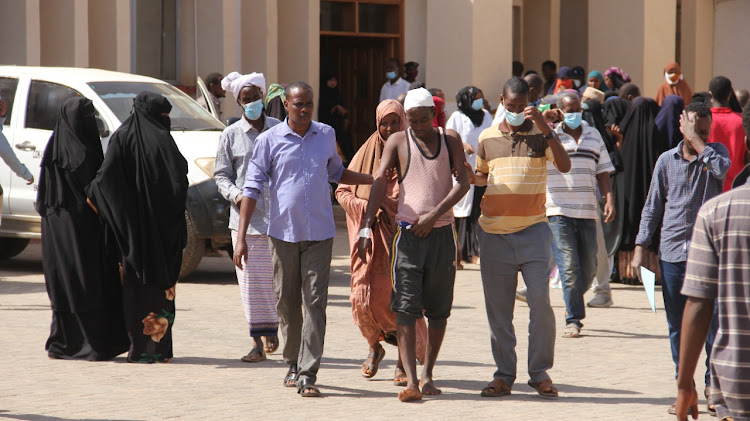 TERROR: A man is being assisted to walk to the Mandera County Referral Hospital on Monday. He was among those injured in an IED attack in Arabia, Mandera.
Image: STEPHEN ASTARIKO

Wanted: Do you know these eight terror suspects?

15 people have been killed in separate attacks since New Year
News
10 months ago
Post a comment
WATCH: The latest videos from the Star
by STEPHEN ASTARIKO Correspondent, North Eastern
North Eastern
31 January 2022 - 22:00
Read The E-Paper