15 people have been killed in separate attacks since New Year

• Both officers and civilians have experienced heightened bloodshed on this month 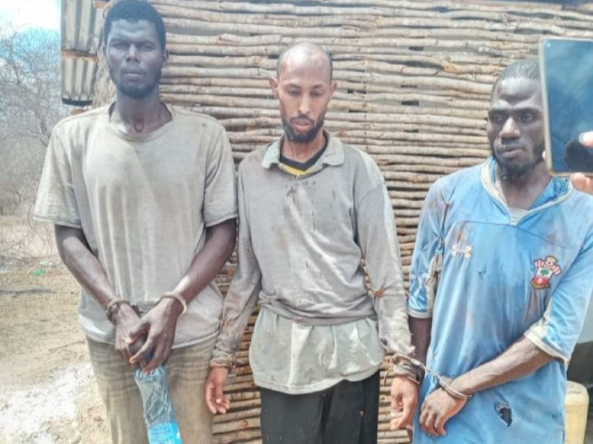 Security agencies in Kenya and Somalia say January is a jinxed month.

So far, up to 15 people have been killed in separate terror-related attacks in the country since New Year.

The latest happened on January 10 in Liboi, where four police officers were ambushed and killed before being robbed of their weapons.

Four other officers were killed on January 7 in Lamu in a Rocket-Propelled Grenade attack.

Eight civilians have also been killed in attacks in Lamu.

The terrorists have also attacked and destroyed a communication mast in Mandera and tried to kidnap two people in Wajir in the attacks.

The UK government on December 30 raised the alarm.

“Updated to reflect that terrorism attacks can occur at any time, including around religious or other public holidays or celebrations,” read part of the update.

Counter-terrorism experts said they are working round the clock to be sure all forms of threats are tamed.

This is given the past incidents that have happened in Kenya and Somalia and specifically in January.

For instance, on January 5, 2020, terrorists ran over Camp Simba, Manda Bay, in Lamu, in a pre-dawn attack at Manda Air Strip.

The camp is used by Kenyan and US troops.

The raid began with an al Shabaab attack on the Manda Air Strip, targeting a taxiing Beechcraft King Air 350 surveillance plane with RPGs. Three Americans were killed in the attack.

This was after al Shabaab militants launched an attack on a Kenyan-run Amisom army base in the town. It remains the deadliest attack on the troops.

On January 27, 2017, the battle for Kulbiyo took place when the militants attacked and took control of the military base and town of Kulbiyow, held by the Somali Armed Forced and the Kenya Defence Forces.

On January 26, 2019, a blast took place on Latema Road, Nairobi, and injured at least one person. A suspect who dropped the weapon at the scene was arrested in Isiolo.

On January 15, 2019, al Shabaab gunmen raided the dusitD2 complex in Nairobi in a siege and killed 21 people before they were all cornered and killed by responding teams.

This followed a swift reaction by the security teams that responded and managed to push the attackers to a corner before they could cause more damage.