Says even with naming of Martha Karua as Raila's running mate, region is solidly in UDA. 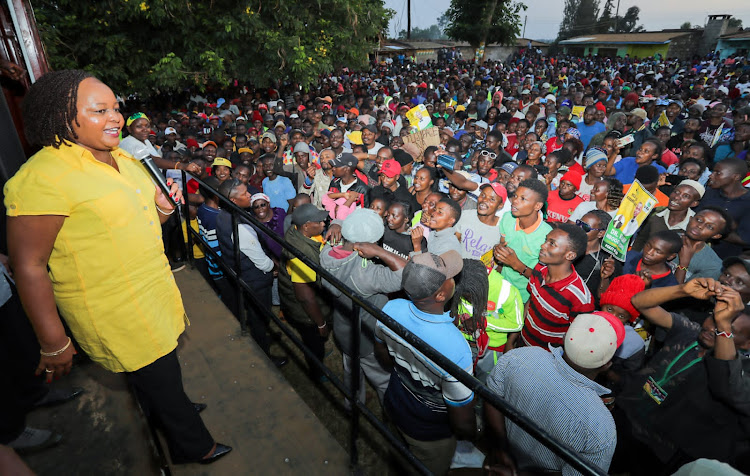 Kirinyaga Governor Anne Waiguru has asked voters in Mt Kenya to turn out in large numbers and give Deputy President William Ruto a decisive win.

She said the Azimio coalition is banking on a non-existent voter apathy in the region to deny Ruto a first round win.

She said the Azimio campaign team knows well they won’t defeat Ruto in the region and would wish to see a low voter turnout.

The county boss said the region has not shifted its support for Ruto and asked those who think otherwise to wait for the polls.

She said Ruto is assured of more than 90 per cent of votes in Kirinyaga.

Waiguru said even with the naming of Martha Karua as Raila's running mate, the region is solidly in UDA and will vote for Ruto.

She dismissed as fake recent opinion polls, which showed Raila leading in popularity.

The governor, who is defending her seat on UDA ticket, asked voters to vote in all party candidates for Ruto to have enough foot soldiers.

“We need to give him a UDA governor, senator, woman representative, MPs and MCAs, so that we can work in harmony and deliver the development you want,” she said.

Waiguru further asked voters to give her a second term to continue the transformation journey she started in 2017.

“The gubernatorial race is not a beauty contest, it’s about who can work for you. My development record is out there for all to see. Those on the other side have been leaders but have nothing to show.

"That is why I am asking you to support my bid, so that we can do more hospitals, markets, roads, water and ECDE projects,” she said.

The county boss said her Wezesha Kirinyaga empowerment programmes are a perfect example of the bottom-up economic model, they have a big impact on people's lives. 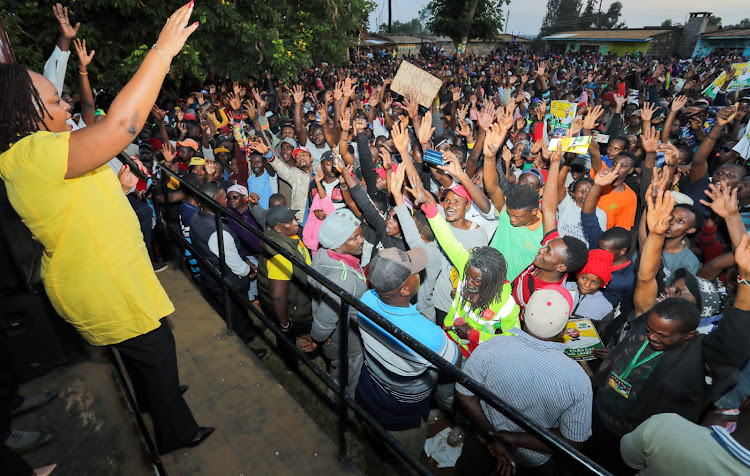 JUNET MOHAMED: We are going for a first round win

A huge chunk of Mt. Kenya region will vote Azimio.
Opinion
1 week ago

The DP who will be the chief guest jetted out of the country on Thursday for a short trip.
News - Page 8
2 weeks ago

UDA revises campaign strategy in Mt Kenya ahead of polls

The party is extensively recruiting members to adopt new strategy.
News
1 month ago
“WATCH: The latest videos from the Star”
by WANGECHI WANG'ONDU
Central
16 June 2022 - 22:00