If it rains Malindi gets flooded 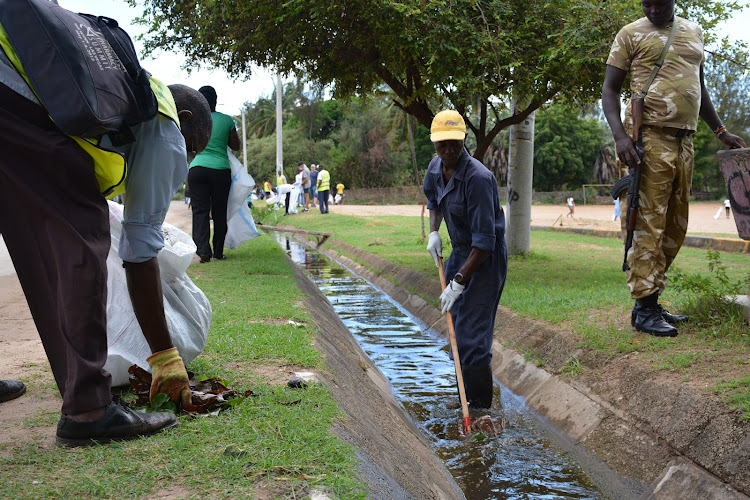 Tourism stakeholders in Malindi have raised concerns about poor drainage system and bad roads in the resort town.

They said it’s sad that they were making efforts to ensure the town is clean and green but had always gets flooded when it rains causing havoc to residents.

They spoke during Malindi's second major clean up on Saturday which brought together the business community, county and national government officials, and the youths.

Whenever it rains, Malindi gets flooded.

The clean up initiated by tourism players, Malindi business communities, county, and national Government officials is aimed at making the resort town green so as to attract tourists.

Among those who took part in the cleanup is Kilifi County Chief officer for Environment Mariam Jenebi, Malindi Marine Park and National reserve senior warden Jane Gitau, the Italian community led by Freddie de Curatolo together with other people from different religious groups.

“We intend to make Malindi the Hub of Idd Celebrations just as Lamu has embraced the Maulid Celebrations, we invite people from East Africa region and the rest of the world to join us,’’ Kate Mwikali the Chairperson of the clean-up organizing Committee said.

Mwikali said their aim is to tie the Idd Celebration, World Environment day and Malindi Clean up day as fusion cuisine celebrations together.The seafront road shall host the three-day celebrations next month.

There have been complaints from residents and investors about the poor state of the beach road and other key roads in the resort town but nothing has been done to date.