Efforts to limit free expression show little concern, if at all, for constitutional rights, individual freedoms

• Re CMCA, most MPs concerned about expanding ‘national security’ powers to the state, and curbing content affecting and ‘depicting Members and leaders negatively’; no mention of constitutional rights

• Human rights protections cannot be trumped to protect the reputations and the needs of a select few. 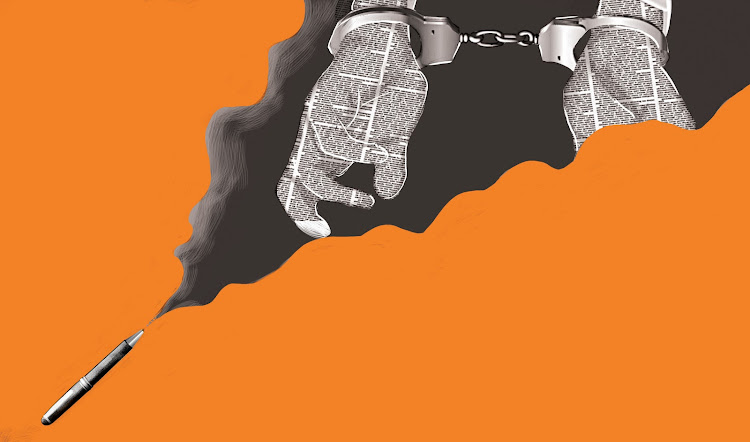 To understand the gag which the Computer Misuse and Cybercrimes Act (CMCA) 2018 places on the right to free expression, we must first cast our gaze backwards and review its history and purpose.

Shortly thereafter, three legal and policy responses were released by two different government institutions in 2014. These included a draft Cybercrime and Computer-related Crimes Bill developed by the Office of the Director of Public Prosecutions and a National Cyber Security Strategy and a National ICT Masterplan (2014-2017) by the ICT ministry.

Two years later, and many numerous draft laws and policies in-between, three competing laws and regulations were released by the ICT ministry (Computer and Cybercrime Bill (2016)), the CA (Kenya Information Communications (Cyber-Security) Regulations 2016 (CA Regulations)), and the Senate (Cybersecurity and Protection Bill (2016)). Each organ invited and accepted comments from the general public.

Under the guise of law enforcement, authorities relying on authoritarian readings of the law.
Siasa
1 year ago

These different initiatives revealed that competing interests existed at the Executive and parliamentary levels, which prevented coordination between government agencies.

In turn, (cue, mischief number one) taxpayer’s money was spent by each entity (value, unknown) and the public wasted time and resources contributing to processes which were either withdrawn (Senate Bill) or simply ‘faded away’ (CA Regulations).

Fast-forward to 2018, when the Bill developed by the ICT ministry is deliberated, amended and approved exclusively by the National Assembly. On May 30, 2018, the CMCA, 2018 was operationalised, with stakeholders flagging unconstitutional provisions in the text of the law with an impact on free speech.

The long title states that the purpose of the law is to provide for ‘offences relating to computer systems; enable timely and effective detection, prohibition, prevention, response, investigation and prosecution of computer and cybercrimes; facilitate international co-operation in dealing with computer and cybercrime matters; and for connected purposes'.

We combed through the Hansard reports with one question in mind: Whose best interest were our legislators protecting?

In the reports, where extensive mischief can be found, the majority of members of the National Assembly were concerned about expanding ‘national security’ powers to the state, and curbing content affecting and ‘depicting Members and leaders negatively’ (Robert Mbui).

Some illustrative comments in the Hansard from members of the National Assembly reveal the mindset of our leaders during parliamentary deliberations on the Bill.

On fake news,"Now there are electronic newspapers, which just run on rumours and fake news." (Dan Maanzo).

Conversely, issues impacting constitutional rights were not addressed. For example, the failure to define ‘national security’ in the draft bill and its potential to provide the state with ‘dangerous carte blanche powers’ (Otiende Amollo) was not addressed by the House.

Neither was the observation by two other members that ‘the offence of publishing false or misleading data or information’ was comparable to a provision (criminal defamation) which was declared unconstitutional for violating Article 33 of the Constitution in 2017. This effectively led to the re-introduction of criminal defamation in Kenya.

Since 2018, concerned stakeholders have challenged this law, both on the process of its enactment and the substance of some provisions in the Act. In the petition lodged at the High Court by the Bloggers Association of Kenya and supported by ARTICLE 19 Eastern Africa, 26 provisions of the Act, including sections 5, 16-17, 22-24, 27-29, 31-41, 48-53, were challenged for threatening the rights to expression, media freedom and privacy.

During the pendency of the matter in court, the provisions were suspended and could not be used to arrest and charge people.

Unfortunately, on February 20, 2020, Justice Makau dismissed the petition by declaring the 26 provisions constitutional and the Act valid in its entirety. Attempts by the Law Society of Kenya to stay the orders of the High Court and continue the suspension of the 26 provisions while awaiting the judgment of the appeal filed by BAKE at the Court of Appeal, failed.

In a different petition filed by the Senate against the National Assembly, the validity of 23 laws including the CMCA, 2018 was challenged for failing to abide by the procedural and constitutional requirements for the adoption of laws.

The speakers of the two Houses are required to establish whether a Bill is one concerning counties, and, if in the affirmative, the Bill should be deliberated on by the two Houses. This process was not followed during the deliberations leading up to its enactment.

In October 2020, the High Court declared the CMCA, 2018, together with 22 other laws, "unconstitutional, thus null and void". However, the order nullifying these laws was suspended for nine months to give both houses an opportunity to regularise the laws.

These pronouncements have effectively rendered the CMCA, 2018, fully operational, which explains the spike in the number of arrests and charges targeting journalists, media practitioners, students, and online users generally.

Many individuals have been threatened or charged with the ‘publication of false information’ provision, targeting content that is critical of the government, politicians, high-profile individuals or content that exposes corruption. It has also been used as a tool by influential citizens to harass content creators and bloggers.

While we are cognizant that our legislators and parliamentarians have been affected by cybercrimes, and that the CMCA, 2018 contains some provisions which are necessary to combat cybercrimes, human rights protections cannot be trumped to protect the reputations and the needs of a select few.

Civil actions are preferred to criminal sanctions due to the potential the latter has in stifling free speech in a free and democratic society. Kenya has a sufficient civil framework, the Defamation Act, which any person can invoke to protect their reputation.

In the next part of this ‘Gagging Free Speech’ series, we will examine the proposed amendments by Aden Duale and delve into continuing attempts to legislate morality.