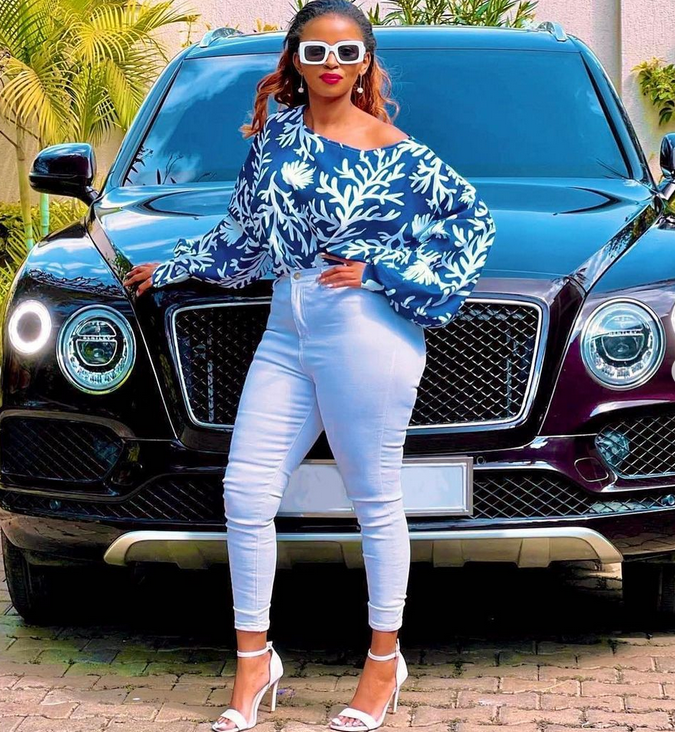 Keroche heiress Anerlisa Muigai has denied claims she owns a range Bentley she flaunted on her social media pages.

On Wednesday, auctioneers tried to access her posh apartments in Lavington in vain.

This is over a case that started back in 2018, when Mwananchi Credit Limited and Dennis Mombo sued her for defaulting in paying a loan of Sh13 million.

Efforts to access her premises did not succeed after a politician allegedly threatened to call goons on the auctioneers.

Messages sent to Anerlisa by Word Is went unanswered.

Yesterday, Anerlisa took to Instagram to flaunt the expensive whip, which currently retails at around Sh28.5 million.

She said the act of her posting the Bentley did not intend to pass any message to anyone.

"I really do not like to respond back to rumours and looking like I am proving points, but I have to respond to this," she said.

"It’s quite unfortunate that my posts today had to come after the story was told yesterday. But what most people do not know is that every post I post on my page is scheduled.

"I took these pictures on Monday and planned to post them on Thursday (today). So with or without a story about me, they were still scheduled to post."

Anerlisa added that she does not fake her lifestyle.

"The Bentley is not mine…. I never claimed I owned it."

Anerlisa added that she is not in a competition with anyone.

"Those who know me know that I like my peaceful life and a quiet one."

She asked haters to give her peace as she has been through so much since last year.

If you post lavish lifestyle on social media, KRA is coming for you
by ELIZABETH NGIGI Lifestyle, Entertainment Journalist
Word Is
20 May 2022 - 00:00