To revive international competitiveness a nation must, as a priority, fight corruption.

• Kenya scored 54.14 points out of 100 on the 2019 Global Competitiveness Report published by the World Economic Forum.

•  What then is international competitiveness for a nation and how can its score be improved? 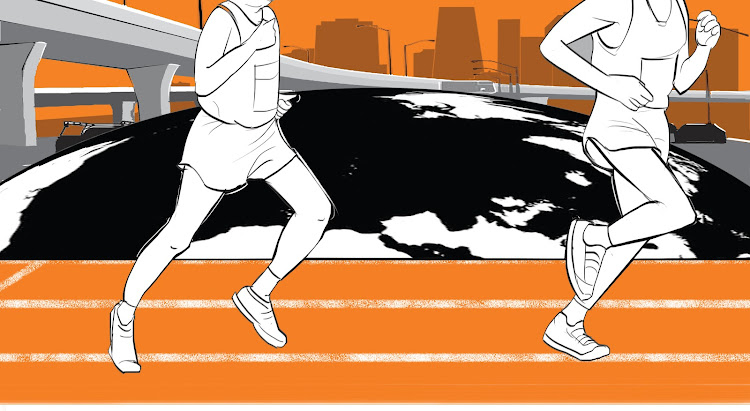 At a breakfast meeting at Strathmore University on November 19, leaders drawn from public and private sectors discussed The role of public sector leadership in a nation’s competitiveness.

The ideas I gathered ignited my thinking in writing this article, going beyond the role of the public sector, and focusing on improving Kenya’s overall competitiveness.

When we talk of competitiveness, the idea of competition comes to mind. In Kenya, it is most likely competition among her world-famous athletes. It’s all about winning by coming first in a group of competing participants.

Several factors interact to help an athlete be competitive- nutritious food, being in form, regular exercise, and practice at running at various altitudes, and in all weather conditions, avoiding trappings of drugs and alcohol and voila, a positive, clear mindset focused on one and only one outcome: winning.

Similar broad considerations may be extended to a nation when discussing its competitiveness in relation to others. Kenya scored 54.14 points out of 100 on the 2019 Global Competitiveness Report published by the World Economic Forum. Lacklustre, and not a wonderful report to write home about, if you ask me. What then is international competitiveness for a nation and how can its score be improved?

First, eradicate the contagion of corruption, which is defined by Transparency International as the misuse of entrusted power for private gain. Corruption thrives where oversight over institutions is weak or absent, civil society is voiceless, and transparency and accountability do not exist.

Corruption festers like a wound where leaders entrusted with power have lost their moral compass and sense of service to the people and end up serving and enriching themselves instead. In such a scenario, national competitiveness takes the back seat and is not an issue to even talk about. To revive international competitiveness a nation must, as a priority, fight the good fight with all its might- a hymnal refrain- and slay the dragon of corruption.

Secondly, to be effectively competitive, a nation must make her governance system efficient. The idea of good governance keeps on changing. It has moved from the vertical chain of command by the state to an all-directional affair where all parties involved seek consensus through dialogue, discussion, and participatory debate in shaping the formulation and implementation of public policy for the delivery of services. Modern governance works at several levels — county, national, regional blocs, and globally. This needs a flexible, inclusive, creative, participatory, harmonious and effective network.

Other value-based ideas rotate around democratic accountability, fairness, equity, social justice, and social inclusion forming a bulwark against leaders who may abuse their positions of power and privilege in making decisions that are not consultative and does not involve citizens who now are the wielders of sovereign power, which is held only in trust by their leaders. It’s only when a nation embraces modern concepts of governance in a constantly changing environment will it be effectively competitive.

Countries must invest in and spend an agreed percentage of their GDP on research and development to be innovative, grow their economies and have a competitive edge.

A country’s strong economy turns its competitive wheel, yet the global economy has taken a beating from geopolitical conflicts. The war in Ukraine has wiped out $2.8 trillion from the global economy, the equivalent of the GDP of France in 2022, according to the Organization for Economic Cooperation and Development.

The war is pushing up food prices, oil, and gas, fuelling inflation and likely triggering recession, pushing up the cost of living. Central banks are desperately raising interest rates to try to curb inflation and contain recession, but the damage inflicted already will reduce economic growth by not less than 0.8 per cent next year.

It also involves instituting a tax policy that attracts FDIs; keeping the stock exchange vibrant to sustain and grow wealth and returns for investors and having a robust fiscal and monetary policy to preserve and grow the value of money and arrest the rise in the cost of living and forestall an economic meltdown.

The countries in the forefront of competition have invested in new technologies, such as in artificial intelligence, robotics, machine learning, nano technology, 3D imaging and printing, bioengineering, the internet of things, space exploration and launching satellites into space.

The advancement from the Hubble to the James Webb Space Telescope has generated thousands of high-resolution images and over 54 gigabytes of raw data and continuing and may provide new knowledge on the origins of the universe.

In the defence and security sector, development of drones, nuclear and missile technology, elements of biological and chemical warfare are in advanced stages to act as a deterrent and for defence. Unfortunately for humanity, the arsenals of war are so advanced that their deployment may bring about a mutually assured destruction, putting the planet in peril.

Infrastructure is vital in a nation’s competitiveness. It includes road and rail networks, sea and airports, oil and gas pipelines, waterways such as canals, rivers, lakes, and seas. The concept includes vehicles, trains, ships. One may even add power and communications infrastructure such as data transmitting cables and telephony. Paved roads make it easy to transport goods to markets in all weather. In-country and regional and international infrastructure connectivity in road, rail, sea and air transport networks and hubs enhance a nation’s competitiveness.

The quality of services available in a country can place it at a higher level on the competition ladder. A country that invests in quality health care such as India attracts medical tourism and generates income, bolstering its foreign exchange, besides generating more jobs, and upskilling her medical staff.

Consider another service industry, education. The internationalization of education, especially at university level has created demand for quality education across the globe. In Australia for example, revenue from international students, who are about 27 per cent to 42 per cent of students the student population, rose from A$25 billion in 2009, to about A$40 billion in 2019, the third highest export and foreign exchange earner after iron ore and coal. This makes Australia quite competitive.

Finally, international competitiveness may be attained by a highly skilled workforce that is imbued with business dynamism, self-drive, innovative capability that embraces digital technology, and a value system that includes integrity, transparency, accountability, agility, resilience, and patriotism.

The opinions expressed in this article are the author’s and do not necessarily reflect those of the institution(s) he is associated with.

Tea industry must build on its historic strengths, develop its own brands, forge marketing alliances and move closer to end-consumer.
Opinion
1 month ago

Why modern warehousing is pivotal in Kenya’s manufacturing

Grade A warehousing is an opportunity to get good return on investment.
Business
1 month ago

The success of our e-Citizen model is a wake-up call for us to meet Kenyans online.
News
3 months ago

President Ruto also pledged to work with China in building a vibrant Africa-China community of shared future
Siasa
3 months ago
Post a comment
WATCH: The latest videos from the Star
by HUKKA WARIO
Opinion
19 December 2022 - 05:00
Read The E-Paper