• The electoral cycle of the two countries also happens to be five years. This present an opportunity for policy coordination. 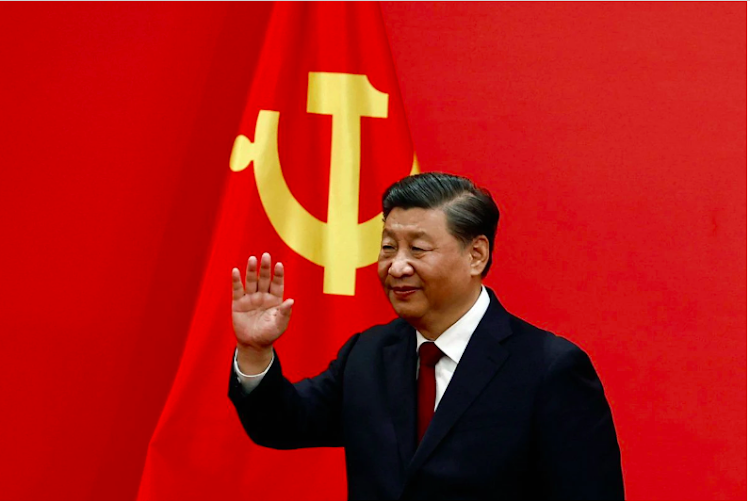 Chinese President Xi Jinping waves after his speech at the 20th National Congress of the Communist Party of China, at the Great Hall of the People in Beijing, China October 23, 2022.
Image: REUTERS

The 20th Congress of the Communist Party of China last week concluded with elections of new leaders, who are expected to guide China’s governance for the next five years.

President Xi Jinping was voted the ruling party’s top leader, granting him the opportunity to shepherd the world’s second largest economy through new development targets as Beijing works towards a prosperous socialist polity by the middle of the century.

In the last decade under President Xi, China has risen to become Kenya’s largest trade partner, development projects financier and lead investor. As the landing point for the Belt and Road Initiative in East Africa, Kenya has also witnessed implementation of different infrastructure projects such as the standard gauge railway; the Expressway; Lamu deep sea port and rings of roads in partnership with China.

Beijing has also emerged as a leading source of many industrial products comprising electrical equipment and machinery – critical in building Kenya’s infrastructure capacity, aimed at improving the country’s economic competitiveness.

It is for these reasons that many people in Kenya closely followed the proceedings and outcomes of the 20th Congress. As the biggest political event in China came to a close, President William Ruto reiterated Kenya’s commitment to further partner with China in development projects.

President Ruto also pledged to work with China in building a vibrant Africa-China community of shared future, underscoring the critical role that Beijing has played in the continent’s economic transformation.

The timing of the Chinese Congress well aligns with Kenya’s general election schedule; both taking place just two months apart. The electoral cycle of the two countries also happens to be five years. This present an opportunity for policy coordination.

From the work report of the Congress, China appears keen to forge ahead with the reforms and opening, headlined with continued implementation of Xi’s signature projects like the Belt and Road Initiative. Some of the key themes that will guide China’s international engagements in the coming years include peace, security, development; and climate action.

These issues also form the core of President Ruto’s development matrix for Kenya. Nairobi has cut an enviable profile as an anchor state with Kenya actively participating in regional mediation efforts such as the ongoing Ethiopian conflict talks. Under China’s Global Security Initiative, Kenya has a reliable partner whose multiplier effect can assist in silencing the guns in the horn of Africa.

With an emphasis on high quality development, Kenya and China should dovetail their efforts in promotion of investments touching on healthcare, digital connectivity, clean energy and poverty reduction. Overcoming poverty is a key priority for Kenya and China has honed great experience that could aid Kenya in charting own path to cushion the citizens against penury.

As President Ruto moves to foster Kenya’s investments allure, there is increased interest among Chinese investors to set base in the country. Such investments – driven by public private partnerships, will not only provide jobs for Kenyans but also catalyse technology transfer and reduce reliance on imports from China.

China has recently opened its borders to Kenya’s agricultural exports. Nairobi should move with speed to expand the choice list of Kenyan agricultural produce available to Chinese consumers.

Another potential area of cooperation between Kenya and China is tourism. Kenya has some of the world beating tourism products while China boasts an expanding band of travellers. Tourism is a strong source of foreign exchange earnings for Kenya and can be a gateway to reduce the trade imbalance while hoisting cultural amity among the people of Kenya and the people of China.

The writer is a scholar of international relations with a focus on China-Africa relations. Twitter: @Cavinceworld.

China’s white paper on Taiwan spells out the facts

US belligerence on the Taiwan issue is inexcusable. It's aimed at sabotaging the Chinese nation.
News
3 months ago

Earlier this month, China said its economy had contracted sharply in the second quarter of this year.
News
3 months ago
Post a comment
WATCH: The latest videos from the Star
by ADHERE CAVINCE
Siasa
30 October 2022 - 16:48
Read The E-Paper