•This will be her first time harvesting groundnuts on contract farming.

•She has planted six acres at her family home in Mata, Taita Taveta. 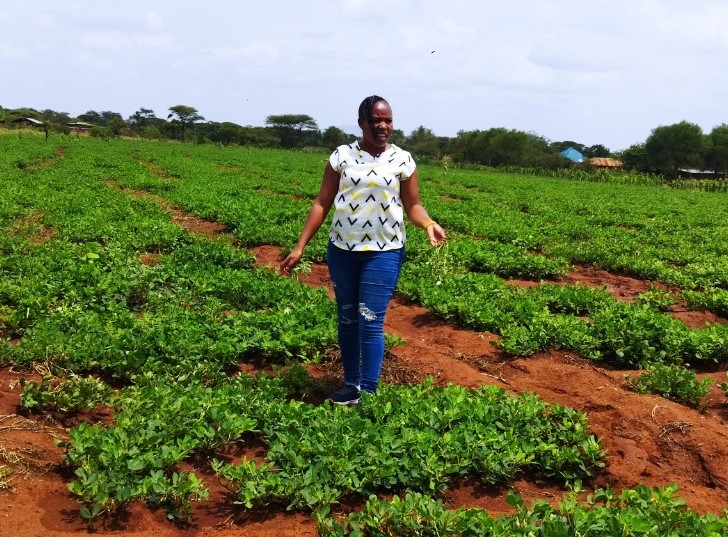 Agnes Waithera did not want to waste time job hunting when she graduated from Moi University with a degree in Education, in 2019.

Waithera started farming to keep herself busy and make money.

She says she chose to get into farming because she didn’t want to hustle for a job as is the norm, so until then, she is comfortable doing farming.

The 26-year-old says contract farming attracted her to start growing groundnuts because of a guaranteed market and better price for her produce.

Contract farming involves agricultural production being carried out based on an agreement between the buyer and farm producers.

Waithera says she has been growing green grams.

However, this will be her first time harvesting groundnuts on contract farming.

She has planted six acres at her family home in Mata, Taita Taveta.

“I have learnt from other farmers, the returns are good and growing the crop is labour intensive, unlike other crops. The company that has contracted me will be buying one kilo of groundnuts at Sh85,” she says.

Waithera advises her peers to venture into agriculture saying there are good returns.

“Farming might sound like a dirty job but once you are done, you can quickly clean up,” she says. 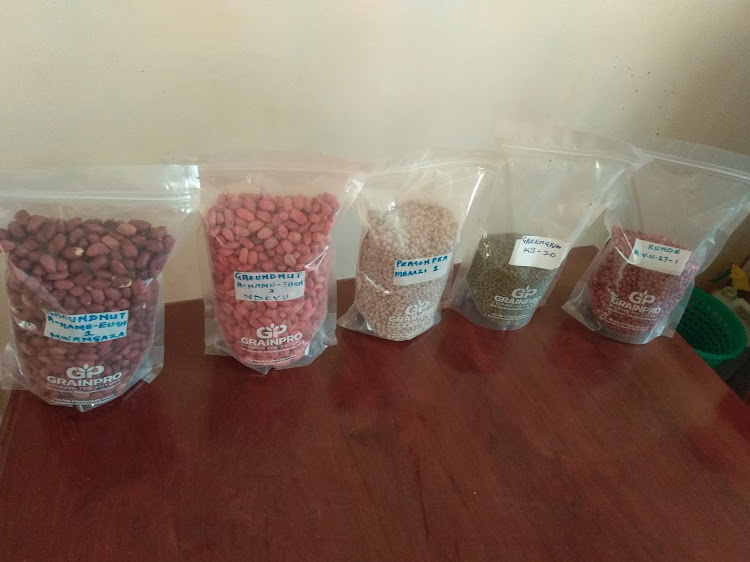 Taita Taveta Agriculture executive Davis Mwangoma says the groundnut project was started in 2018/2019 under the Feed the future in partnership with the county government.

“The programme is funded by the United States Agency for International Development/Feed the future.”

Mwangoma said they are encouraging farmers to grow groundnuts and they can make Sh80,000 from one acre after doing gross margins.

“We have worked out the gross margins and under irrigation,  the expenses farmers can put in from irrigation to inputs up to harvesting is an average of Sh20,000,” he said.

The executive said they have linked farmers with the market and now they have a contractual arrangement that guarantees a ready market for their produce.

He said the county has established groups to help in aggregating all the value chains under drought-tolerant crops.

“We have put farmers together under the Taita Taveta Nafaka Growers Cooperative Society and Taugi Cooperative Society. This will help in aggregating the farmers for the drought-tolerant value chain crops, and ensure there is a good seed system and proper nutrition,” he said.

Mwangoma said so far, they have 42 farmers who are under contract farming and 145 acres are currently under the crop.

“We are encouraging farmers to adopt an alternative crop like groundnuts which is suitable and will earn them good money and ensure we have linked farmers with the market. The crop is also good for nitrogen fixation,” Mwangoma said.

Initially, they sourced them from Kiambu, Nakuru or Meru which was costly
Counties
9 months ago

Former don says one can make up to Sh80,000 from an acre since a kilogram is sold at Sh37
News
9 months ago

A quarter an acre can produce up to 300 kilos earning a farmer about Sh60,000 monthly.
Counties
10 months ago

Makatiani is one of the referral points for poultry farmers in Kakamega, Siaya and Vihiga counties.
News
11 months ago
Post a comment
WATCH: The latest videos from the Star
by AGATHA NGOTHO Science Writer
Star Farmer
10 February 2022 - 22:00
Read The E-Paper