Initially, they sourced them from Kiambu, Nakuru or Meru which was costly

•Many of the farmers have been growing French beans, snow peas and baby corns for the export market. 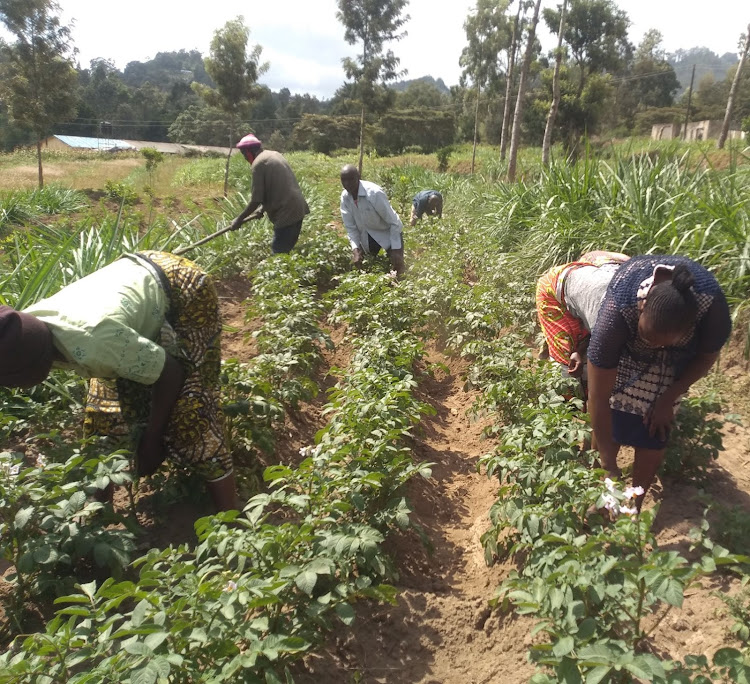 The group started in 2008 and has 20 active potato farmers who were recently approved by the Kenya Plant Health Inspectorate Services as certified seed producers.

In the past, the farmers used to source their potato seeds from Tigoni in Kiambu, ADC Molo in Nakuru or Kisima farm in Meru.

Mwakina said they would travel for more than 350km or more than six hours to Tigoni or Kisima, to get quality seeds.

“It was expensive, a 50kg bag would go for an average of between Sh2,500 and Sh3,200 depending on the potato variety and the transportation cost of about Sh200 to Sh300 per bag,” Mwakina said.

Many of the farmers have been growing french beans, snow peas and baby corns for the export market.

However, the Ministry of Agriculture says due to the increased demand, potato production has expanded to non-traditional potato growing areas such as Kirinyaga, Naivasha, Taita Taveta and Tana River.

This is due to the availability of irrigation facilities.

In 2020, the group was allowed to produce potato seeds and they started growing in 1.25 acres as a group.

The group is one of the 80 common interest groups that have formed the Taita Taveta Potato Farmers’ Cooperative Society.

The group is now a lead supplier of certified potato seeds in the county.

It is supported by the Accelerated Institutional and Food Systems programme which is funded by the United States Agency for International Development/Feed the Future.

They have also partnered with the county government and other partners.

They have benefited from good agronomical training from various institutions and this has enabled them to get certified. 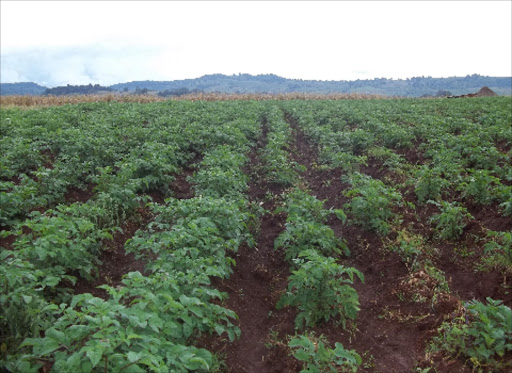 Renson Kifumbu, the group chairman and the marketing chairman for Taita Taveta Potato Cooperative Society said there is a high demand for quality seeds and the group is unable to meet the demand.

“This can be partly attributed to the uptake of agriculture by young people,” he said.

Kifumbu said the process of certification is long, costly and they have to incur costs such as soil testing. A sample goes for  Sh4,000 and a certification fee, charged per one kilometre from the nearest main town at Sh58.

“Other challenges are high cost of farm input especially fertiliser, with a 50 kg bag currently selling at an average of Sh6,000, inadequate water and irrigation infrastructure to ensure production is sustainable,” Kifumbu said.

He said they are planning to increase the area under production to four acres this coming season.

He said currently, 3,200 farmers are doing potato seed production and there is a ready market.

“Marketing of the produce is being done through the umbrella cooperative society, the county government is working on a plan to create aggregation centres to ease the collection of the produce,” Kariku said. 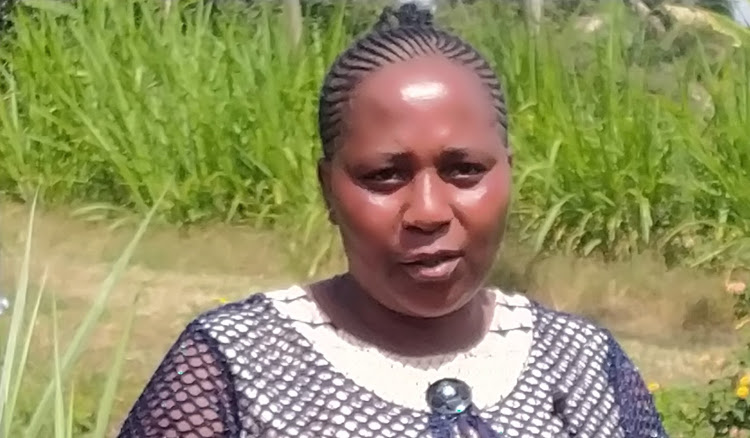 They take care of their families and buy property from the proceeds they get from their venture
Counties
7 months ago
by AGATHA NGOTHO Science Writer
Coast
07 February 2022 - 22:00