Muyu was the first witness to testify in the multibillion-shilling dams scandal case.

• She said head of department William Maina was the one responsible for the advertising and the tendering process.

• Muyu told the court that once a tender is closed, the bids are opened by the tender opening and witnessing committee. 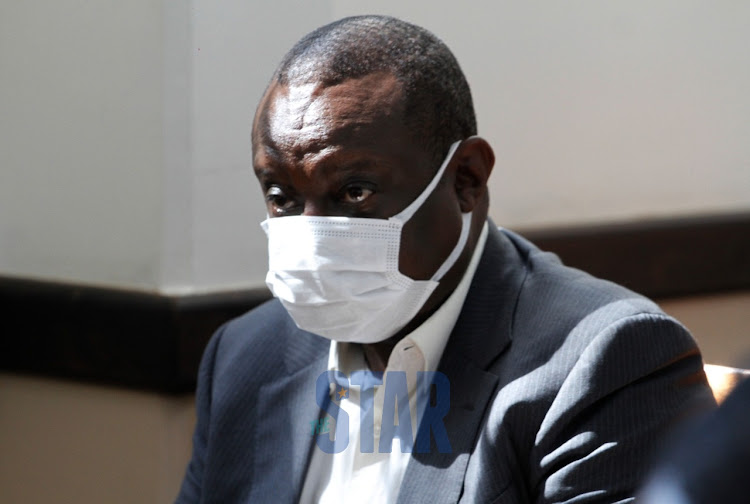 A former procurement officer at KVDA on Wednesday told the court how the Kimwarer and Arror dams projects were tendered.

Charity Muyu, who was then working in the supplies and procurement department at KVDA headquarters, said the two projects were advertised.

Muyu, the first witness to take the stand in the case, had been charged alongside her former boss David Kimosop and other KVDA officers. However, her charges were dropped earlier this month, and she is now testifying against them.

She said the head of the department, William Maina, who is one of the accused persons, was responsible for the advertising and tendering process.

Muyu said four tenders were advertised in 2015, including the Kimwarer and Arror dams.

An extension of the closing date for the four tenders was advertised in the newspaper on Thursday, February 12, 2015. Maina signed the authority, she said.

Muyu told the court that once the tender is closed, the bids are opened by the tender opening and witnessing committee.

There was a memo that appointed them all to the witnessing committee signed for Maina by another officer.

She said they were appointed to witness the tenders request for the proposal of funding the design and building of both the Kimwarer and Arror dams.

She also produced in court the minutes of the technical and financial evaluation committee meeting held on April 7 to 16 2015 at Chepkogo AIC as appointed to evaluate tenders.

Lawyer Kioko Kilukumi had earlier objected to the production of one of the documents by Muyu, saying it could only be produced after the chain of evidence had been produced.

Kilukumi argued that Muyu was an accused person from July 23, 2019, and was discharged November 1, 2021, meaning she was obviously not in custody of the said document.

The prosecution in response said the document was in the custody of the investigating officer, one officer Ng’eno, so Muyu was the proper person to produce it because as a procurement officer she prepared it.

Chief magistrate Lawrence Mugambi ruled that they had not established the basis and connection of the document with the witness so it was not marked.

On Tuesday, the prosecution told the court that they will prove through evidence that former CS Henry Rotich and his co-accused conspired to award the tenders in question to the said company even though it never existed at the time of awarding the tenders.

“That at the time agreements were signed to pay them the planned billions of shillings, they were not even registered and did not exist in law at the time," special prosecutor Taib Ali Taib said.

According to the prosecution, they will demonstrate to the court that CMC Di Ravenna Itinera Joint Venture never bought or acquired any tender documents nor did they submit any tender bidding document for the construction of the two dams.

“CMC Di Ravenna Itinera Joint Venture was not one of the companies forming record at the opening of the tenders," the court heard.

Taib said they will prove to the court how the said company was included illegally and with impunity into the project.

“It’s a fact that the letter of award of the two projects was issued not to CMC Di Ravenna of Italy or Aecom of SA but it was issued to a new company known as CM Di Ravenna of South Africa,” he said.

Taib said, despite the letter being issued to CMC Di Ravenna SA, the contract documents between KVDA and the directors were not signed.

Instead, they were signed by a new company that never participated in the bidding.