Locals urged to return home as normalcy is restored in Laikipia

"Calm has since returned with displaced families returning home."

• During a visit to the region, General Officer Commanding West Command Joseph Kivunzi said residents can now walk freely in the region.

• He spoke when he met with Mukutani locals in Laikipia County on Tuesday evening. 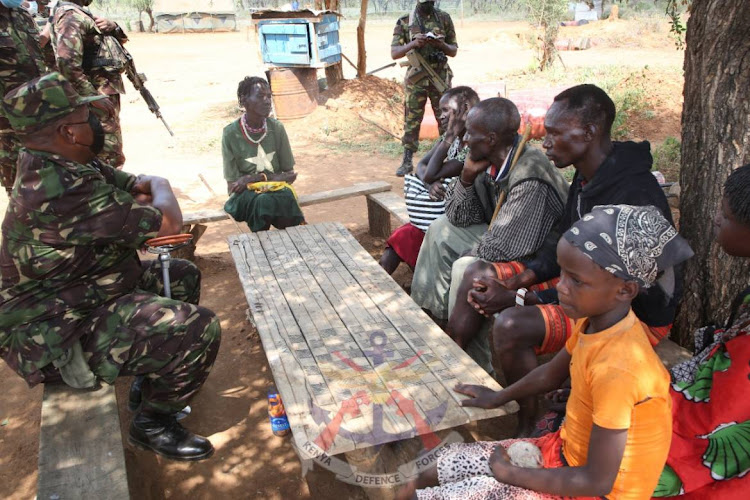 Normalcy is steadily returning to Laikipia after weeks of skirmishes that left eight dead and hundreds more displaced.

During a visit to the region, General Officer Commanding West Command Joseph Kivunzi said residents can now walk freely in the region.

He spoke when he met with Mukutani locals in Laikipia County on Tuesday evening.

The area is currently under a multiagency security operation to restore peace and security.

Kivunzi encouraged locals to return to their homes and work together with the local government in rebuilding life back to normalcy.

The GOC WestCom also met with the various troops taking part in the multiagency operation in areas of Ngoisusu, Mukutani and Nagum where he expressed his satisfaction with the progress and achievements so far. 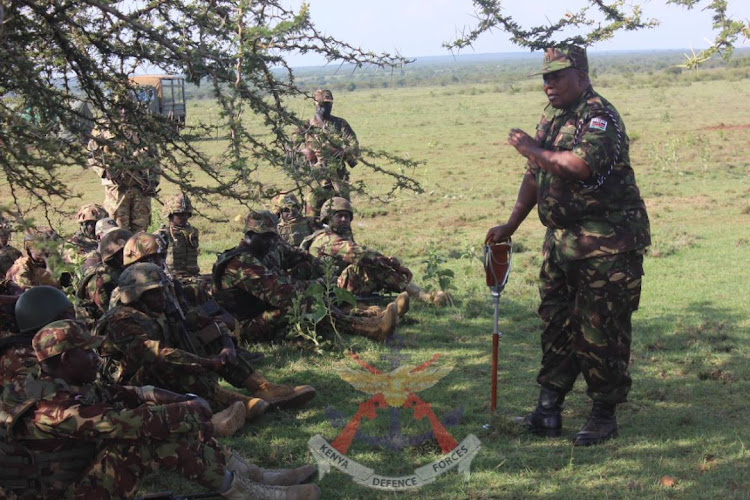 He commended the troops for their commitment and asked them not to relent until calm is fully restored in the area.

He was in the company of the 2nd Brigade Commander Brigadier Peter Assava, the Commanding Officer 5th Kenya Rifles Lieutenant Colonel Dennis Obiero and his team.

The multiagency operation was launched on 6 September 2021 to rid the region of illegal herders who rendered the area insecure.

On Sunday, residents and security teams took their challenges and problems to Church as the race to a peaceful Laikipia intensified.

For months, insecurity in parts of Laikipia county has dominated the headlines in the country, attracting attention from the government and Kenyans.

In the Sunday service, a joint security team tasked to restore order in Laikipia County joined worshippers in different Churches in the Ol Moran area for inter-denominational services.

“The team thanked the church and the community for their role in restoring hope to many families whose livelihoods had been adversely affected in the past skirmishes,” the National Police Service said in a tweet.