Donkeys will be extinct in Kenya by 2023 - ANAW

Africa Network for Animal Welfare cites the high demands for their skins in China.

• It is postulated that the increased slaughter of donkeys could be as a result of enhanced publicity resulting from advocacy against the slaughterhouses. 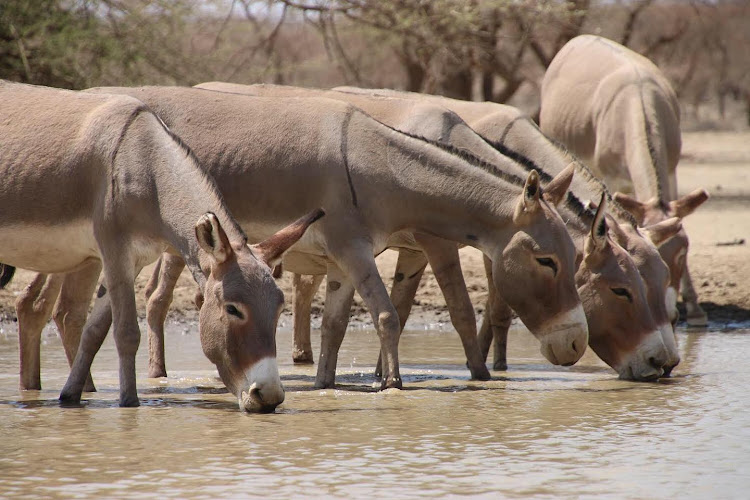 The Africa Network for Animal Welfare estimates that Kenya’s donkeys will be wiped out by 2023 owing to high demands for their skins in China.

Network’s executive director, Josphat Ngonyo said on Friday the Kenya National Population and Housing Census (2009) gave the population of donkeys in the country at 1.8 million.

Ngonyo said it is estimated that in 2023, donkeys will be extinct in Kenya if nothing is done to curb the donkey skin trade.

While addressing Kenyan, Tanzanian journalists and stakeholders in Kitengela, Kajiado County, he said because of the rising demand for skins, the latest population report (2019) now puts the population at around 600,000.

He said the opening of donkey slaughterhouses in Kenya since 2016 has greatly impacted the practice of donkey keeping.

The ANAW director was delivering his speech on the impact of cross-border movement and trading on donkeys.

“It is postulated that the increased slaughter of donkeys could be as a result of enhanced publicity resulting from advocacy against the slaughterhouses,” Ngonyo said.

This increase in donkey slaughter, he said, is gradually having consequences on the communities who traditionally rely on donkeys as a source of livelihood.

The age-old role of donkeys as drought animals relied on the basic income level communities is fast changing and the donkeys are quickly becoming target animals for large scale harvesting due to the demand for their skins.

Ngonyo said to satisfy the manufacturing of the Chinese traditional medicine ‘ejiao’, the slaughter of donkeys in Kenya is now encouraging cross-border theft of the animals as their numbers are being depleted in the country.

In Kenya, there are four operational donkey slaughterhouses which include; Goldox Kenya Ltd Abattoir in Mogotio, Baringo County and Star Brilliant Abattoir in Maraigushu in Naivasha.

These abattoirs have an installed slaughter capacity of 1260 donkeys per day, according to ANAW’s Dr Dennis Bahati.

The Kenya Meat Act of 1999, which listed donkeys as among animal meat-producing gave the abattoir owners some legal environment to operate, a situation that they have exploited with possible damning consequences on donkey numbers and the livelihood of the dependent communities.

With such a high number of slaughter capacity, the concern is real that it is only a matter of time before the population of donkeys in Kenya plummets considerably.

Already, Bahati said, communities are grappling with increased incidents of donkey theft and a high price of replacing stolen donkeys.

“Visits to all the slaughterhouses, which cumulatively slaughter 1000 donkeys per day, have confirmed that there is no longer enough supply of donkeys from the vicinity and they (the abattoirs) source donkeys from far-off areas,” he said.

Bahati said there are indications that donkeys slaughtered in Kenya are sourced from across the borders notably Tanzania, Ethiopia, South Sudan, and Northern Uganda.

The movement of these animals across the borders is through unofficial means and follow unofficial routes.

The goal of the workshop was to sensitize and create awareness among the media, both print and electronic, on the implications of donkey cross-border movement and illegal trade, especially on Kenya Tanzania border and its consequential effects on communities.

This media workshop was hosted by ANAW in conjunction with Brooke East Africa, Kajiado County Department of Livestock and Veterinary Services and Arusha Society for the Protection of Animals.

They say at the rate of butchery, donkey population will be diminished
Counties
3 years ago