• Every day, 1,000 donkeys are slaughtered in Kenya to meet the demand for donkey hides for Chinese markets. 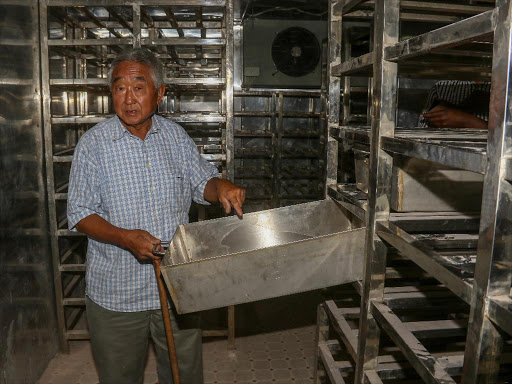 Animal welfare experts want the government to ban the trade of donkey meat and skins.

They argued that the rate at which donkeys are being slaughtered does not tally with the breeding of the animal.

Brooke East Africa regional director and CEO Fred Ochieng said in 2009, the population of donkeys was 1.8 million. By 2016, the Ministry of Agriculture and Livestock conducted a census and reported that the population had increased to 1.96 million.

He was speaking on Friday during the Donkey Skin Trade Conference in Nairobi.

“Abattoirs may be making money and providing jobs but when you look at statistics, a donkey earns a family Sh11,390 per month. If you look at all the figures, you will find the loss of the donkey far outweighs any gain caused by the slaughterhouses and the trade,” she said.

Ingram said the solution is to ban the trade and close down the slaughterhouses.

“Our biggest concern is that we are slaughtering our donkeys at the rate of five times the rate of production. This means it’s not sustainable and we cannot continue to slaughter them or we will not have any donkeys. Research already shows that by 2023 we actually may not have a single donkey,” Ochieng said.

Research carried out by the Kenya Agricultural and Livestock Research Organisation found that between 2016 and 2018, Chinese slaughterhouses generated Sh1.72 billion from the meat products of donkeys.

“They did not declare what they got from the skin but our approximation shows about Sh15 billion. What they paid to the government is only Sh79.9 million shillings which is a low of 0.4 per cent," Ochieng said.

"On the other side, donkey theft has increased over the years and this is depriving donkey owners a source of livelihood."

He explained that one of the conditions attached to the licensing of the slaughterhouses was for them to have their own breeding farms, but this is not taking place.

“Even if they are doing it, I doubt it can meet the demand. Breeding of donkeys globally is not successful because if it was, China would not have a reason for coming to this region to get them,” he said.

Participants at the conference who include donkey owners want a ban imposed on donkey trade and a crackdown on donkey smuggling from the neighbouring countries to Kenya.

Some of the smuggling routes are Uganda, Tanzania, South Sudan and Ethiopia.

Tanzania has an active regulatory mechanism allowing the slaughter of 40 donkeys per slaughterhouse per day. Burkina Faso stopped donkey exports after 45,000 of its donkeys were slaughtered in six months from a total population of 1.4 million.

Nigeria is currently discussing a bill to prohibit the killing and exportation of donkeys or their carcasses. Botswana, Ethiopia, Mali, Niger and Senegal have banned exports of donkey products.

“Many countries have banned the trade, but Kenya that is at the epi-centre of this trade and it is affecting everyone in the continent."

Demand for donkey skin is high in China for medicine and cosmetic products
News
1 year ago
by AGATHA NGOTHO Science Writer
News
29 November 2019 - 23:00