Uhuru says the overall terms and conditions of service for KDF have improved.

•The President, who was accompanied by First Lady Margaret Kenyatta, pointed out that as a modern and versatile military, the KDF has embraced unfamiliar nation-building roles and excelled in them.

•He cited KDF's role in several national programs during his tenure. 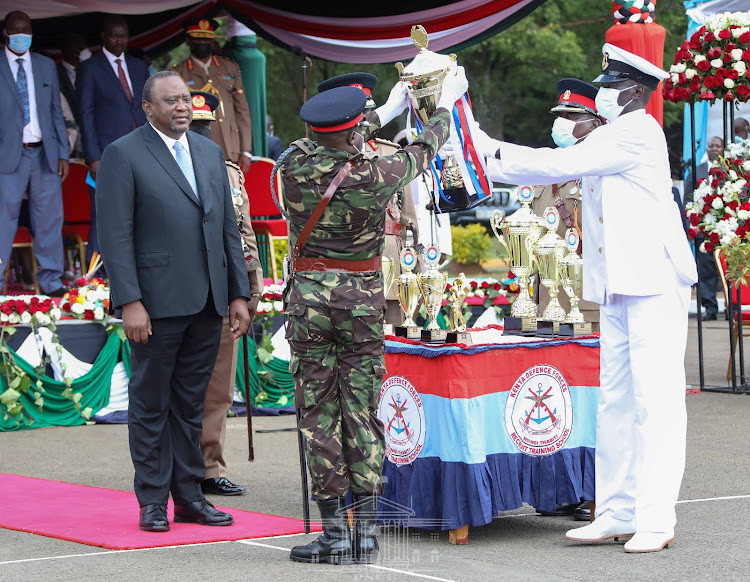 The President, who was accompanied by First Lady Margaret Kenyatta, pointed out that as a modern and versatile military, the KDF has embraced unfamiliar nation-building roles and excelled in them.

He cited KDF's role in several national programs during his tenure.

He listed the rehabilitation of the 600 Km of the meter-gauge railway, revival of the Kenya Meat Commission the Kenya Shipyard and construction of Uhuru gardens national monument.

“Over the last 9 years, some of the most agonizing decisions were the ones that would put our soldiers in harm's way. 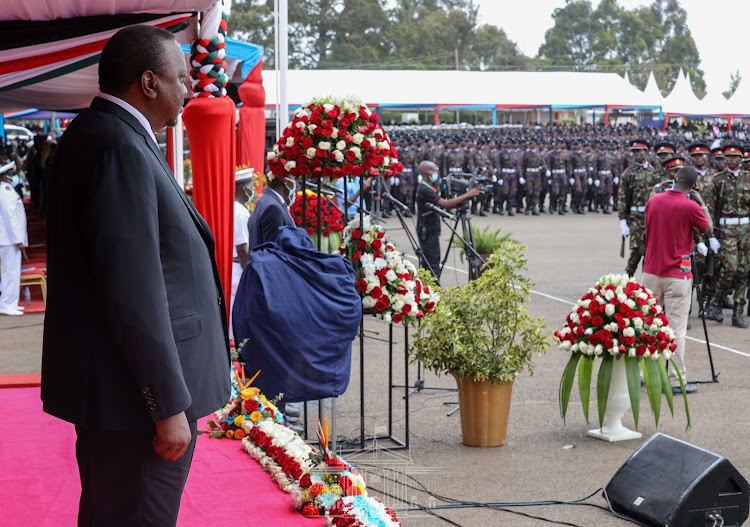 Uhuru says the overall terms and conditions of service for KDF have also been a tremendous improvement. 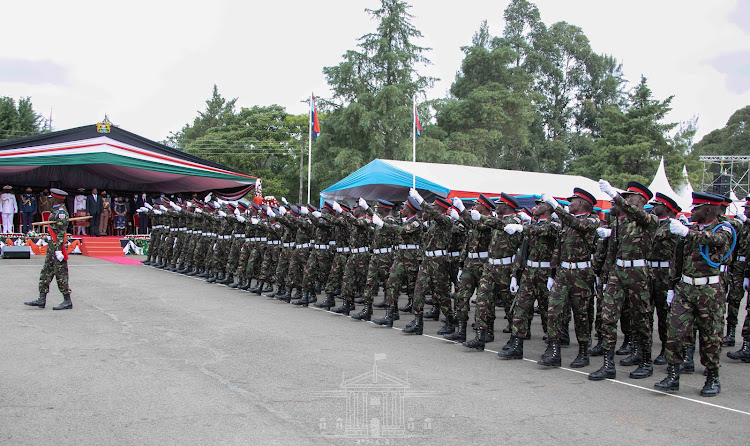 KDF officers during the pass out parade
Image: STATE HOUSE

Uhuru cited the Military Veterans Act which he had recently assented to law.

The pass-out was among Uhuru's last KDF events as he gears to hand over power after elections next month.

Uhuru said during his tenure he had also had to make some of the most agonizing decisions touching on the lives of the KDF soldiers.

"In some of the decisions the soldiers either returned hoisting high our national flag or wrapped in the same flag", Uhuru said. 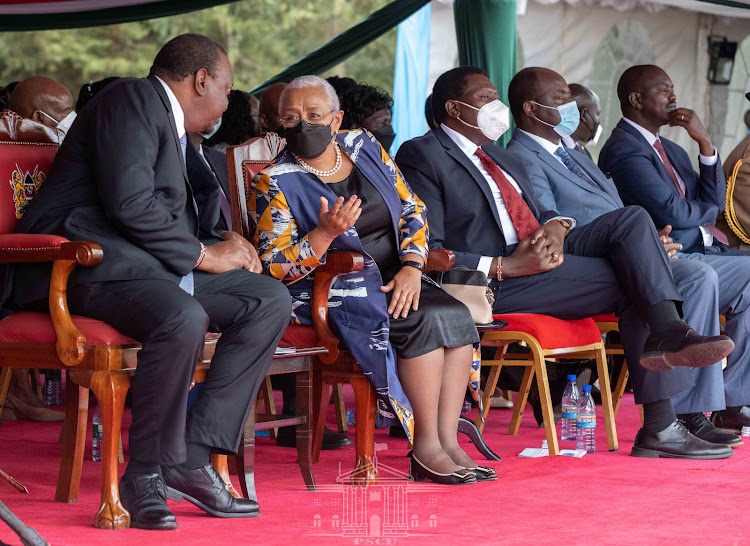 He says that as the political temperatures rise toward the August 9th general elections it was important for Kenyans to remember the sacrifices made by KDF soldiers on behalf of the country. 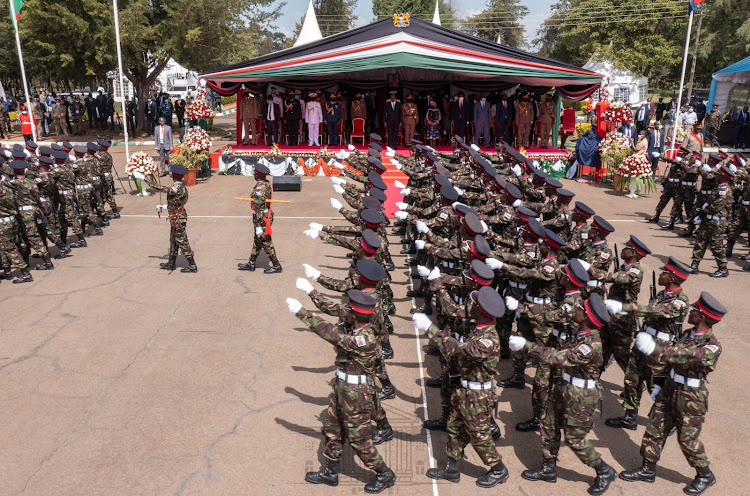 Recruits during the pass out parade
Image: STAE HOUSE

"We are grateful for that work and we will not tire of thanking you", Uhuru said.

He wished well the graduands and urged them to protect the sovereignty of the country and service to our nation.

"You must always be above reproach and I am confident that you will not disappoint your compatriots", said Uhuru. 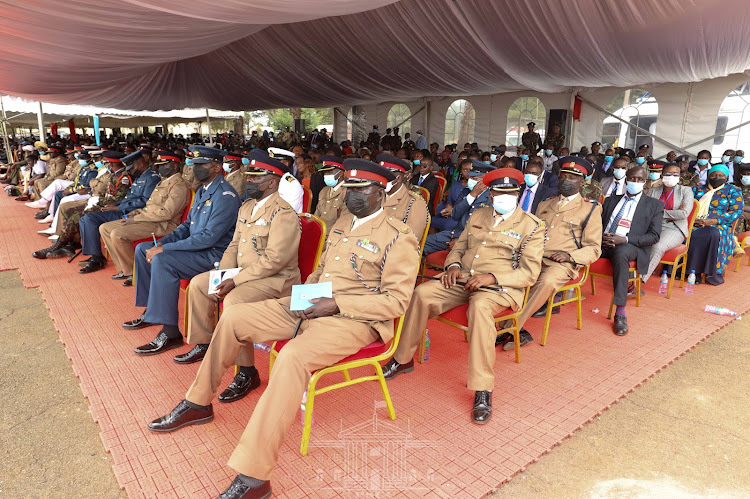 He said the graduands joined KDF at a time of transformation and that they had undergone the basic military training to enable them to serve the country diligently.

He reminded the soldiers that Kenya was a great nation of young people and also strong believers in God.

He also officially commissioned the Eldoret Regional Hospital put up by KDF and Moi Barracks.

The day-long event discussed the role of the public in community policing and cohesion.
News
1 month ago

Lamu herders decry harassment in the war on terrorism

They say KDF constantly raids their villages in search of non-existent illegal weapons.
Counties
1 month ago

Military, police, prisons have been constructing hospitals in the past year
News
1 month ago
WATCH: The latest videos from the Star
by PURITY GITAU
InPictures
01 July 2022 - 21:04