The day-long event discussed the role of the public in community policing and cohesion.

• The police said residents also requested for regular meetings to appraise themselves with the progress of the day's deliberations.

• NPS appreciated East Kano Development Agency, for joining the many other agencies that have continued to partner with them in election security. 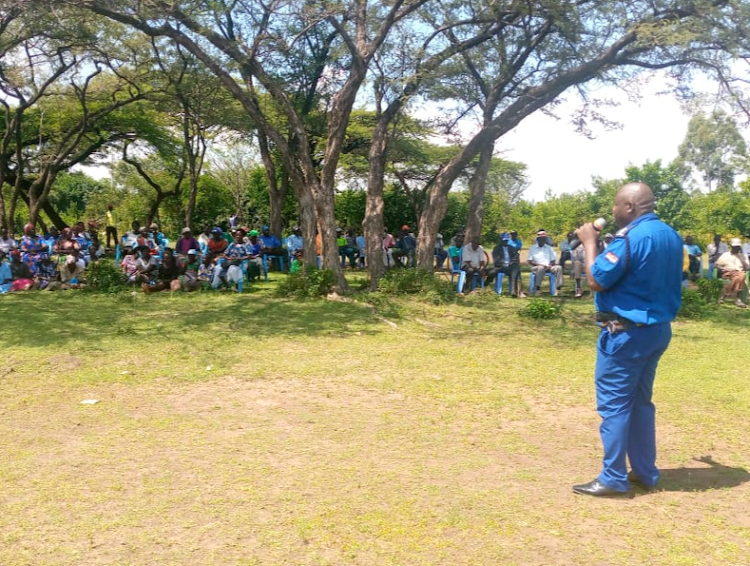 The meeting convened by East Kano Development Agency at Wang'neno trading centre, Nyando subcounty discussed the role of the public in community policing, youth and cohesion, personal safety and security among other development oriented items.

"Participants drawn from different locations in the subounty, committed to support police officers in the prevention and detection of crime,"NPS said.

Residents requested for regular meetings to appraise themselves with the progress of the day's deliberations.

"The National Police Service continues to make deliberate efforts to reach the public in their towns and villages, as our officers spread a message of peace and coexistence before and after the general elections."

NPS appreciated East Kano Development Agency for joining many other agencies involved in election security and peace sensitisation campaigns across the country.

On June 23 during a similar meeting, top security organs in Laikipia called on area residents to maintain peace as the country heads into the general election.

The meeting at Mithuri AIPCA church was convened by the Caritas organisation of the Catholic mission and was chaired by Assistant County Commissioner Julius Nyaga.

"Participants at the meeting were drawn from Lonyek, Olmoran, Kirima, Sosian and Survey areas," NPS said.

Officers from KDF, NPS, KWS, NGAO and the Ministry of Education were also present.

The police asked Kenyans to desist from redistributing the video.
News
4 months ago

Laikipia residents urged to maintain peace ahead of August election