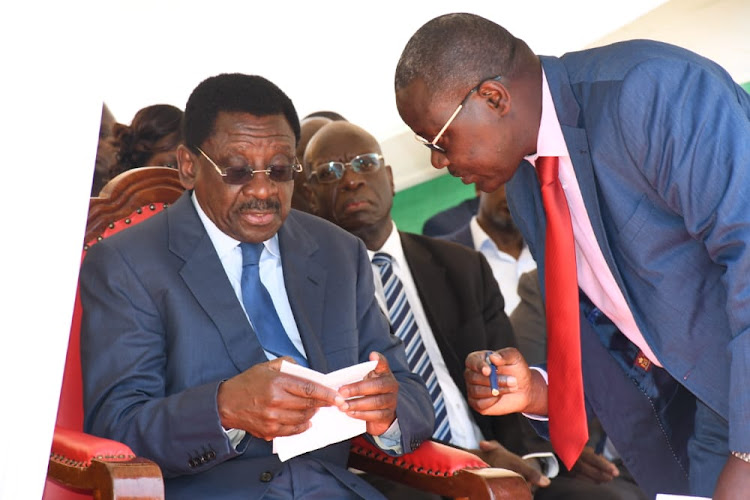 Siaya Governor James Orengo on Tuesday during the official unveiling of the taskforce.
Image: JOSIAH ODANGA

He also unveiled the seven-member task force to audit the county's financial and human resource systems.

Orengo announced a complete overhaul and major changes in the county's finance and economic planning department.

His latest move comes against the backdrop of an alleged corruption case worth over Sh400 million, currently under scrutiny.

He said all the 10 departmental accountants be transferred to other departments or given other assignments.

He said officers sent on compulsory leave must be available when required by the task force, county government or other state agencies investigating graft in the county.

The governor said the compulsory leave is not disciplinary action but a necessary step to ensure that the audit process yields fruits.

Orengo said the procedure for payment of imprest or making cash withdrawals be done in strict compliance with the financial regulations and be evidence provided by written requisition.

He said approvals in writing and delivery receipts must be obtained from the payee or beneficiary in writing, signified by valid signatures and stamps or both.

Orengo ordered all acting chief officers to resume their substantive offices with immediate effect unless directed to act in the said offices by himself.

Richard Mungla is the new Finance and Economic Planning executive while Cleophas Ombogo assumes the Enterprise and Industrial development docket.

The current Agriculture executive Elizabeth Odhiambo will also be the acting executive for the Water, Environment, Natural Resources and Climate Change department.

The task force chairman and retired Auditor General Edward Ouko said the team will not disappoint the people of Siaya.

“We have accepted this for the love of Siaya county and we will ensure that our resources are utilised appropriately,” Ouko said.

Orengo criticised other investigative agencies for perennially investigating corruption in Siaya county without any positive outcome.

“The perennial presence of these agencies within our institutions without appropriate executable action being taken disrupts activities and work of the county government,” he said.

“He lauded the whistleblower in the over Sh400 million saga for being the critical voice. There must be openness and accountability.” 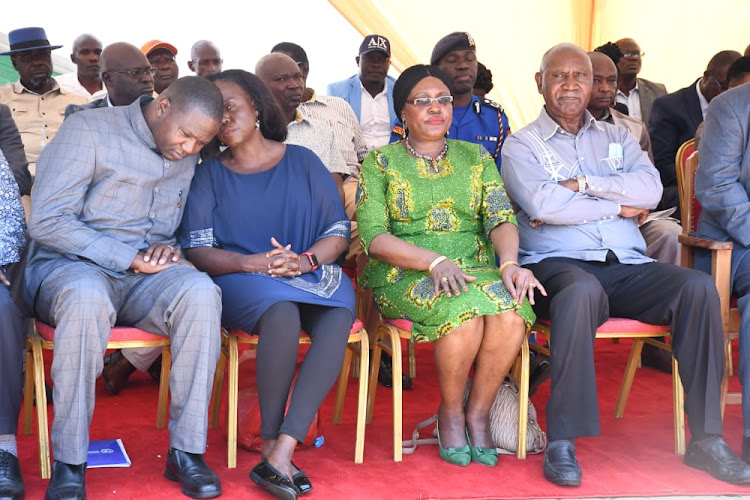 Says corrupt officials are still calling shots unlike other counties where they have resigned or gone on leave.
Counties
1 month ago
Post a comment
WATCH: The latest videos from the Star
by JOSIAH ODANGA
Nyanza
04 October 2022 - 23:00
Read The E-Paper