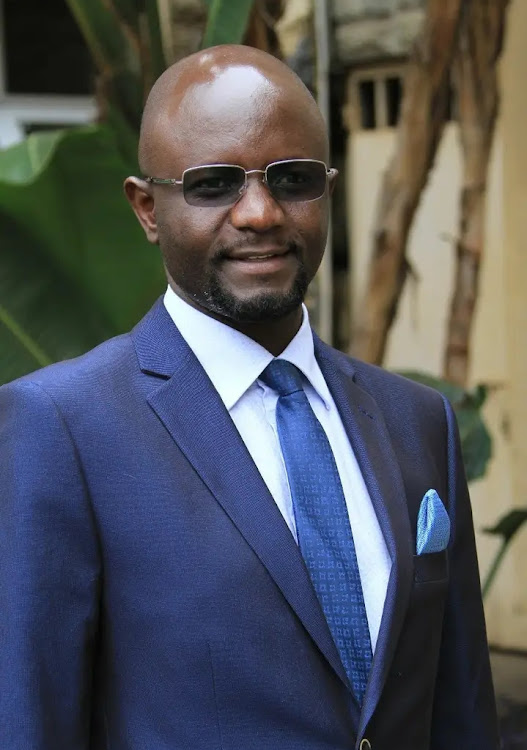 Alego Usonga MP Samuel Atandi has promised to lead protesters in ejecting corrupt people from the Siaya government offices, in a week’s time.

He said on Friday that the taskforce instituted by Governor James Orengo to forensically audit financial systems cannot succeed in their work with suspects still in office.

Atandi took a jibe at county secretary Joseph Ogutu, whom he described as the chief thief.

“There is somebody in that office called (Joseph) Ogutu; that is the thief who is plundering Siaya ever since,” he said.

We are not begging him to vacate that office, Atandi announced.

"Next week, I will lead hundreds of Siaya people to unceremoniously show him the door," Atandi said.

His hard stance comes against the backdrop of suspected loss of more than Sh400 million to county officials through corrupt tendencies.

The legislator further rubbished critiques who are telling him to mute on Siaya county issues and focus on his role at the National Assembly.

“I took an oath of office to serve the people of Kenya. The people of Siaya are Kenyans and nobody will gag me,” he said.

"I worked so had for Orengo to be elected governor. I will support his (Orengo’s) leadership by making sure that cartels are out," he said.

Orengo, he said, is best to serve as governor for he has never been found of corruption despite his long life in political leadership.

According to the second-term lawmaker, thieves who dominated first governor Cornel Rasanga’s administration will not allow Orengo to deliver to the people.

Atandi said the Azimio bandwagon failed to clinch the presidency and so, it is the counties that the people have got.

“We did not win the presidency. As such, we must steer devolution in Siaya into the best direction as it is all that we are left with,” he said.

However, the legislator said unlike other counties where officials of the previous administration have either resigned or gone on leave, in Siaya, corrupt people are still calling the shots.

But Ogutu termed Atandi's rhetoric as unfair and irresponsible.

"I wish to express my shock following the speed and zeal with which MP Atandi has subjected me to unwarranted and unprecedented blackmail and public court judgement, without any verification or at least seeking my view on the matter," Ogutu told the Star.

Nonetheless, Ogutu said he knows the games working out under his (Atandi's) hand."

Atandi also opposed the raging debate as to whether NG-CDF should be scrapped of or not.

He said cartels have clouded devolution and they (MPs) will soon align laws to retain NG-CDF.

The MP further sought to assure residents that the ODM party is not finished because of the ongoing jostling for house positions by lawmakers.

“ODM is a democracy and the jostling is just okay,” he said.

EACC starts probe into withdrawal of Sh400m in Siaya

It is alleged that the withdrawals were made within 12 days of the August elections.
News
4 months ago