CECs, chief officers to be picked after competitive interviews— Nassir

Says decision is to ensure Mombasa gets the right people, qualified in their professional fields to serve 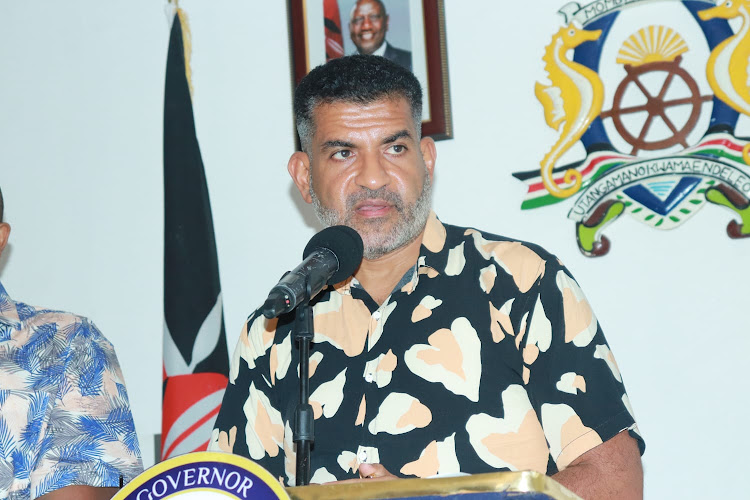 Mombasa Governor Abdulswamad Nassir during a press conference in his office on Sunday.
Image: ONYANGO OCHIENG

Mombasa Governor Abdulswamad Nassir on Sunday invited competent people to apply for the 10 cabinet positions in his government, saying the positions will not be a reward to political cronies.

Most county governors have appointed political cronies, supporters and relatives to the executive but Nassir says he won't go that route.

He has also invited applications for 16 chief officers positions as well as that of the county secretary. The decision is to ensure Mombasa gets the right people, qualified in their professional fields that they will be picked to serve.

"The law allows me to pick my own people, but I saw it wise to involve professionals to help me pick the individuals who will serve in my administration. We want to ensure we have professionals who also understand my manifesto and vision for Mombasa,” he said.

Nassir’s announcement comes two months after he was sworn into office on September 15 as the second county boss.

Speaking during a press conference in his office on Sunday, Nassir said he will set up three teams of professionals to vet and pick individuals to fill the advertised positions.

The governor said the committee that will vet the CEC candidates will be led by the Kenya National Chambers of Commerce and Industry Mombasa Chapter.

Other members of the team will include Mahmoud Noor, who currently chairs the Finance Taskforce.

Dr Wilfred Githinji, a don at Kenya Methodist University, will chair the committee to pick the new County Secretary.

"I have advertised these positions and will like to welcome those who feel they are qualified to apply regardless of political affiliation, religion or ethnicity," Nassir said.

Speculations were rife that Nassir had failed to announce his cabinet because of interference from powerful political sources within and outside of the county.

However, Nassir downplayed the reports, saying he wants to give everyone an equal opportunity.

"Those are just rumours, it is actually not true. There is not even a single person or the so-called powerful sources, who I believe don’t exist, that have interfered with my government," Nassir said.

He added that the recruitment process will be done within the next 10 days when he will receive an interview list from the committees.

The CECM positions to be filled include Lands, Housing and Urban Planning, Water Natural Resources and Climate Change Resilience, Environment and Solid Waste Management, and Transport and Infrastructure.

Others will be, Health, Finance and Economic Planning, Blue Economy, Agriculture and Livestock, Public Service Administration, Youth Gender and Sports, and Tourism, Culture and Trade Department.

Positions for Chief Officers will include; Policy and Planning, Governance, Tourism Culture and Trade, Blue Economy, Agriculture and Livestock, and Youth Gender and Social Services.

Governor Abdulswamad Nassir, during the official opening of the assembly last week, said he will present at least six bills
News
3 weeks ago

The proposed bill will unlock bills of shillings from donors.
News
3 weeks ago
Post a comment
WATCH: The latest videos from the Star
by ONYANGO OCHIENG'
Coast
13 November 2022 - 23:00
Read The E-Paper