On Thursday, a multi-agency team was still battling to put out the wildfires.

• On Wednesday evening, a huge inferno swept away thousands of acres of vegetation at the Tsavo West National Park.

• The vast conservancy is inhabited by thousands of wildlife species including the Big Five. 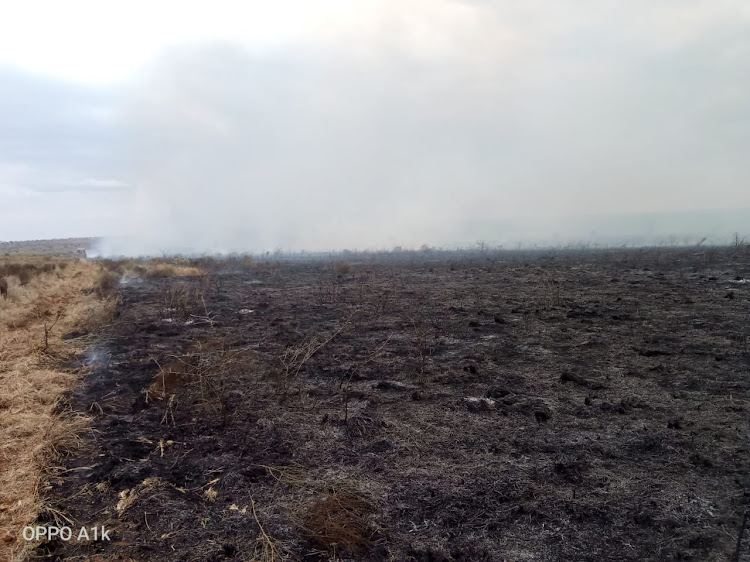 More than five separate fires have broken out at the park and neighbouring ranches in the last three months.

They destroy wildlife habitats, pushing the animals closer to human settlements. The area is home  to the iconic Big Five  species and hundreds of other valuable animal and plant species.

On Wednesday evening, an inferno swept away thousands of acres of vegetation at the Tsavo West National Park.

Residents said Kenya Wildlife Service rangers were overwhelmed by the blaze owing to strong winds. On Thursday morning, a multi-agency team was still battling to put out the wildfires.

However, KWS in a statement confirmed three fires were reported in the Tsavo Conservation Area.

“The first one was in the Taita ranches adjacent to Tsavo East National Park. This was put out before encroaching into the park. Efforts are ongoing to put out the second one in the southern part of Tsavo West National Park,” the statement reads.

The third fire broke out in the ikunduku part of Chyulu National Park in Makueni county on Wednesday evening. It too is being fought.

Reports indicate that the fire started at Lualenyi Ranch that neighbours the protected areas and spread across the expansive conservation area destroying vegetation.

Resident Ben Mwabili said the frequent fires posed a threat to the communities as wildlife will flock ito human settlements for safety and food.

“Recurring wildfires would slowly destroy the park and cause human-wildlife conflict. The government should swiftly come up with measures to contain fires,” he said.

Cases of perennial human-wildlife conflict in Taita Taveta county have been on the rise resulting in deaths, injuries and loss of property and  crops.