Tea farmers to get special hospital for chronic diseases

Ailments attributed to cold weather farmers are exposed to while cultivating farms and picking tea. 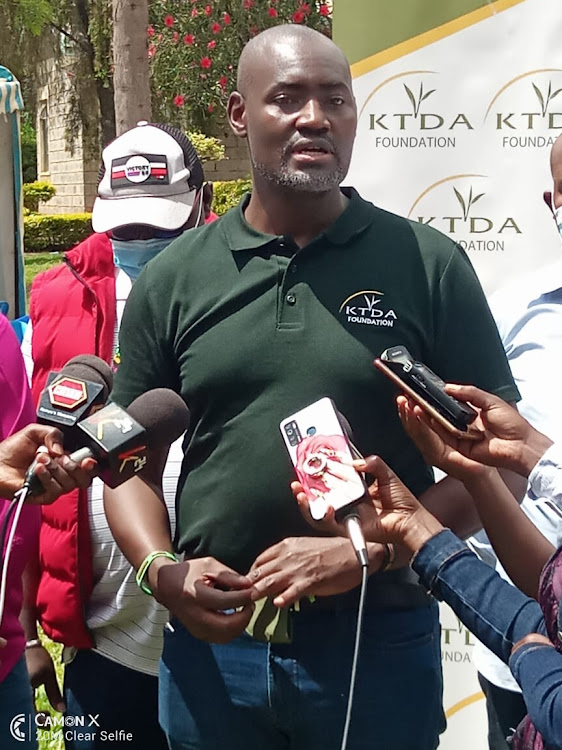 The Kenya Tea Development Agency will establish a special hospital to curb the rise of chronic diseases among farmers.

KTDA Zone 5 board member John Mithamo said the proposal  is at an advanced stage.

He said in medical camps they have held for tea farmers across the country, chronic diseases have stood out from the medical records hence the need for urgent intervention.

He said the medical facility would come in handy as most tea farmers seek treatment in public facilities, which in most cases are not well equipped, resulting in deterioration of the conditions of patients.

Mithamo spoke on Thursday during a three-day free medical camp in Ndia, Kirinyaga county, where over 1,000 tea farmers from Ndima tea factory were treated for various ailments.

According to medical records, over 50 per cent of the diseases registered were arthritis and neuropathy.

The ailments, according to the medics present, are attributed to the harsh cold weather farmers are exposed to while cultivating farms and picking their tea.

Mithamo pledged the medical scheme available for tea farmers would be enhanced so as to accommodate as many people as possible.

“Many of our members have continued to suffer as they cannot afford sufficient funds to seek proper treatment due to the expensive cost of treating chronic diseases,” he said.

“Streamlining the medical scheme and establishment of a health facility is one of the plans we have put in place to restore the health of the farmers,” he said.

Stakeholders who supported the initiative commended the farmers for showing up in numbers to seek medical treatment.

Ascah Ogara from Ketepa said it was a privilege to be part of the activity as the programme was part of the company’s social corporate responsibility.

She said tea farmers are critical stakeholders who greatly contribute to the success of their products.

“We appreciate and prioritise the farmers who keep our business afloat  and help us sustain our products in the market. Therefore, we are obligated to frequently provide such key services as a way  of giving back and appreciating their effort.”

Mark Mithamo, a Ndia constituency aspirant, said they would continue partnering with like-minded parties for the benefit of farmers.

He said in partnership with stakeholders he will in a few weeks unveil a sensitisation programme that will enlighten farmers on the causes of chronic diseases and preventive measures.

Lucy Kamau, one of the beneficiaries of the medical camp, expressed her gratitude saying the exercise had been conducted at the right time.

She said it enabled her to get the right treatment and free medicine for her arthritis condition.

Jedidah Wanjiru , another patient, thanked the organizers for putting together the medical camp, saying it eased the  financial burden for many farmers who have all along desired to go for medical check-up.

“We are happy they thought about us because many of us did not have money to buy medicine or seek better treatment. This service will carry us through for a considerable period,” she said.

Post a comment
WATCH: The latest videos from the Star
by WANGECHI WANG'ONDU
Central
20 June 2022 - 12:00
Read The E-Paper