She promises to prioritise health, agriculture and youth empowerment dockets 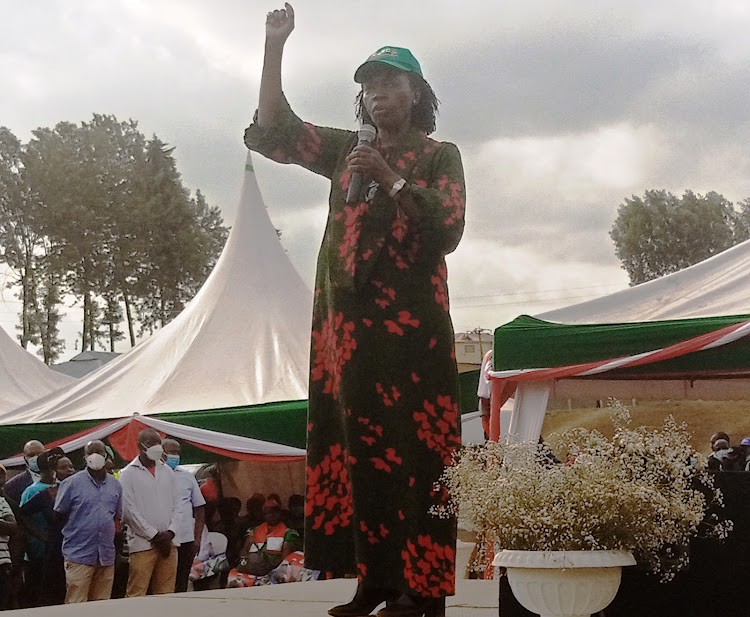 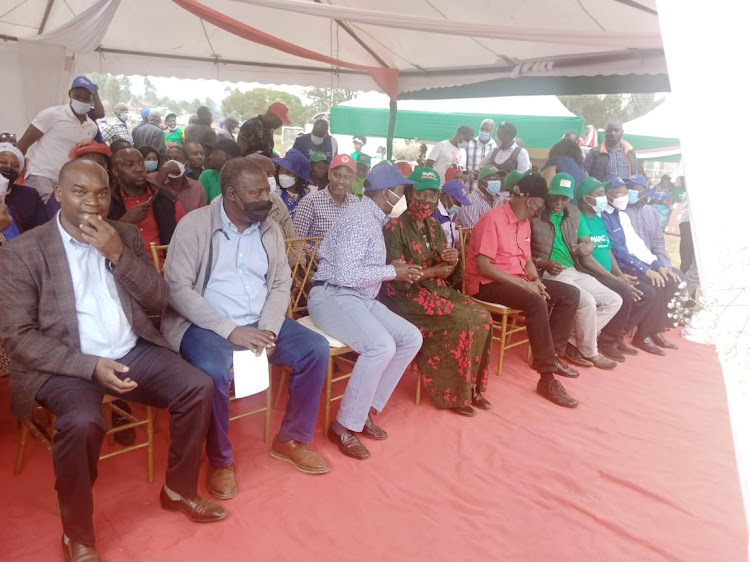 Narc Kenya leader Martha Karua will make her second stab at the Kirinyaga governorship after unveiling her bid on Sunday.

The announcement ended months of speculation that she would be joining national politics as a running mate to one of the leading presidential hopefuls.

While launching her bid at the Kerugoya Stadium in Kirinyaga county, Karua urged residents to vote for her because she was the best bet to bring impactful change into many ailing sectors in the county.

She accused Governor Anne Waiguru's administration of ruining the county‘s healthcare system despite having sufficient funds to smoothly run all the public health facilities.

Karua said she should bear the burden of the wanting healthcare system, including the failure to streamline it because health is now a devolved function.

She said many residents have resorted to seeking medical services in private facilities as many of the public hospitals lack medicine and enough medical officers.

“While we agree that putting up modern buildings is a good idea, we cannot afford to compromise the health of our people by denying them medicine. This includes medical officers and key medical equipment that many of our facilities are lacking,” she said.

“Kenyans have no business electing individuals who have run down our public hospitals and thus denying them the right to access such basic services.”

The former Gichugu MP and Cabinet minister also promised that if elected governor, her administration would work closely with leaders of farmers groups to transform the agricultural sector.

She described Kirinyaga as one of the country’s food baskets rich in tea, coffee, rice and horticultural produce which need to profit the farmers.

Karua further said she would oversee the empowerment of youths by ensuring they benefit from their talents.

She hailed her clean, corrupt-free record in her long-term public service which, she said, makes her the most suitable candidate.

The Narc Kenya boss urged Kenyans to elect leaders who are accountable and can be entrusted with public resources as it is wrong "for hyenas to guard a sheep pen."

She said she would not, however, neglect her national leadership duties, and her party would continue working with other like-minded parties as it has done with Wiper and Kanu fresh towards seeing a prosperous nation.

Her One Kenya Alliance co-principals Kalonzo Musyoka, Gideon Moi  and Cyrus Jirongo praised her for her assertiveness, brilliance  and consistency  in leadership, assuring Kirinyaga residents that their future would be safe under her hands.

“She is an accomplished lawyer who has played critical roles towards the prosperity of the country. She can fondly be remembered for her intense contribution in the peace brokerage process during the post-election season,” Kalonzo said.

Gideon and Jirongo described her as a fearless, incorruptible and principled politician.

Karua's entry to the race now brings to three the number of women interested in the seat.

The other two are the incumbent Waiguru who has expressed interest in vying on the UDA ticket and Woman Rep Wangui Ngirici, who has said she'll contest on the independent ticket.

Other contestants who have publicly announced their interest in the seat are Deputy Governor Peter Ndambiri, former Mwea MP Peter Gitau and businessman Chomba Ndau. 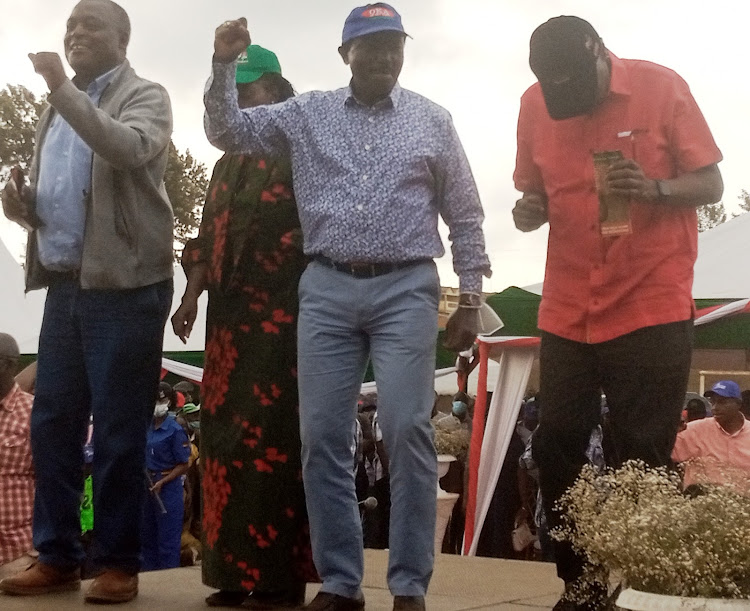