The DP urged Kenyans to vote in a government which understands their challenges.

• Ruto urged the president to spearhead an independent, free and fair election. 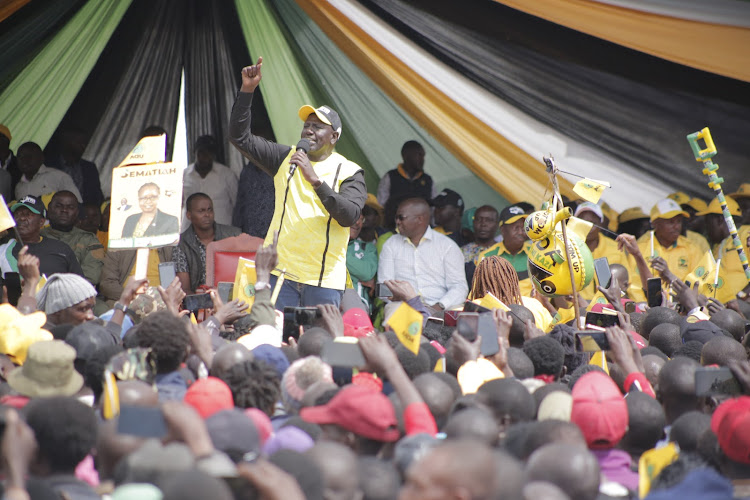 The remarks at a well attended campaign rally at Kabarnet show ground in Baringo county on Monday were with cheers and ‘yote yawezekana bila Uhuru’ (all is possible without Uhuru) chants from the crowd.

The DP said he has no problem with Uhuru even after he abandoned him despite having stood by him as a friend in two consecutive elections in 2013 to 2017.

“But afterwards you finally saw none of us is capable of leading this country until you settled on huyu mzee wa kitendawili,” he said in reference to Raila.

Ruto, however, lauded the President for declaring that he will hand over power to whoever wins the August 9 general election and go home with the losers.

"Earlier on I was so worried when the president announced that he will not hand over the seat to me even if I win, but since he made the remarks yesterday I was relieved," he said.

He further called on Uhuru to spearhead an independent, free, fair and democratic election.

"He should quickly denounce any form of plans to use public servants among including local administration and chiefs to intimidate voters because we don’t want any violence,” the DP said. 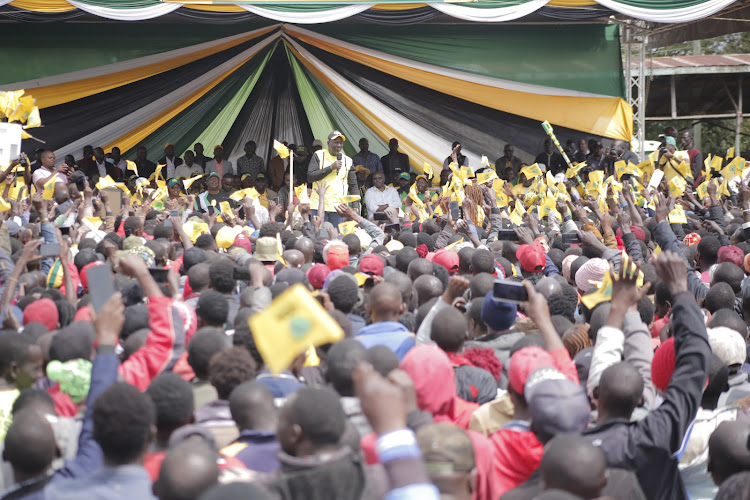 Ruto further called on his opponent Raila to accept the election outcome  and prepare to go home with Uhuru if he loses the election.

The DP urged Kenyans to vote in a government which understands the challenges of the ordinary Kenyan saying the Kenya Kwanza administration will improve the economy by enhancing food production.

"We shall also allocate Sh200 billion every year to boost industrialization, manufacturing and agro-processing,” he said.

Kenya Kwanza, he added, will offer direct employment to over five million jobless youth who hold certificates and degrees.

Ruto further said his government will allocate Sh50 billion for interest free loans to the lower cadre Kenyans through the bottom up economic model, provided one is a member of a Sacco.

On security, the DP pledged to end frequent banditry and cattle rustling in the country.

“We had earlier planned to recruit and deploy enough National Police Reservists (NPR) but some cartels used force to have them withdrawn,” Ruto said. 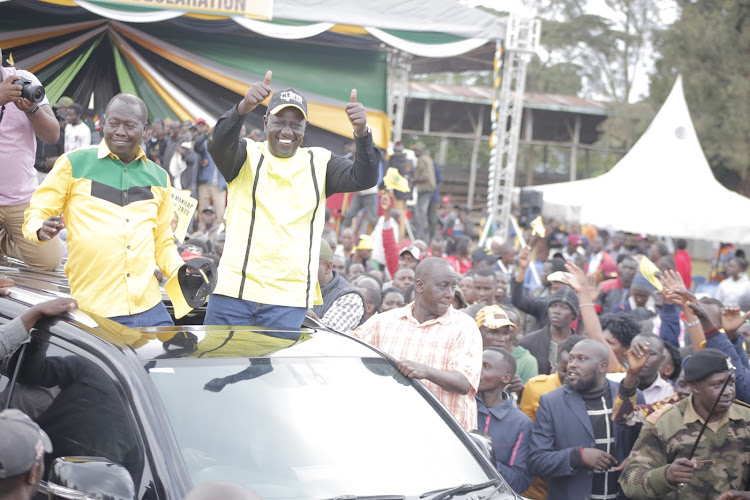 During the presidential debate on July 26, Ruto claimed the NPR were withdrawn from the bandit-prone Kerio Valley to punish him.

He,however, said the fight against banditry is not a matter of excuse, sympathy or compromise.

"But we must offer them security because they equally pay taxes like every other Kenyans,” Ruto said in reference to victims of bandit attacks.

He said he will ensure enough security officers are deployed and correct measures are put in place to end the banditry menace.

Don't vote in a thug for presidency, Uhuru says

"Restrain yourselves from electing a thief, I don't want to hear you crying regretting."
News
2 weeks ago

Deep state is an empty rhetoric, Ruto tells off Raila

Ruto said he has been DP for the last 10 years and he knows it doesn't exist.
News
2 weeks ago
WATCH: The latest videos from the Star
by JOSEPH KANGOGO Correspondent, Baringo
Counties
01 August 2022 - 19:02
Read The E-Paper