Kenya has a housing deficit of over two million units.

•According to the World Bank, the production of housing units is currently at less than 50,000 units annually with nearly 61% of urban households living in slums. 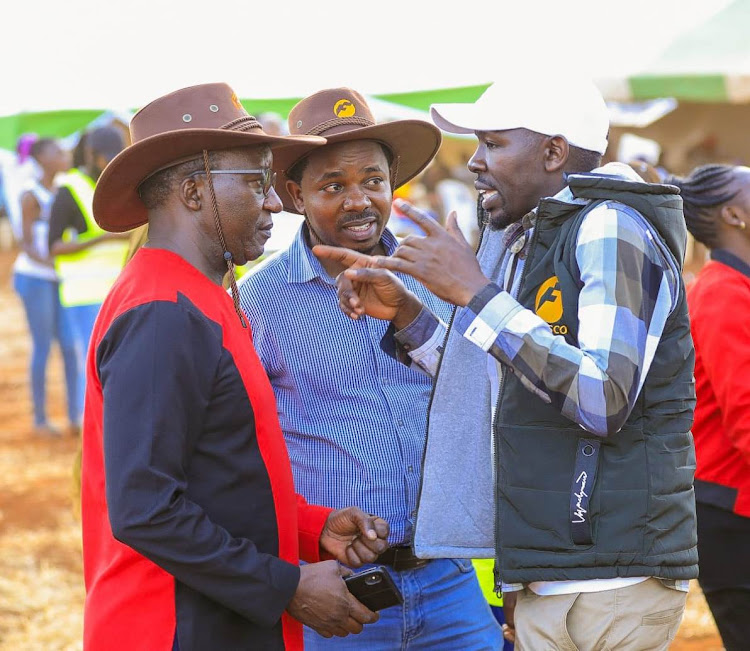 Kenya has a housing deficit of over two million units which increases by around 200,000 per annum.

According to the World Bank, the production of housing units is currently at less than 50,000 units annually, well below the target number, with nearly 61 per cent of urban households living in slums.

This deficit continues to rise due to fundamental constraints on both the demand and supply side and is exacerbated by an urbanisation rate of 4.4 per cent, equivalent to 0.5 million new city dwellers every year, World Bank notes.

Housing affordability is a key challenge in Kenya with many people unable to afford to buy or build their own home.

Only two per cent of the formally constructed houses target lower-income families.

Many families are at high risk of diseases such as malaria, respiratory infections and, or parasitic jiggers infestation, according to experts.

The government has been aggressive, in partnership with the private sector, to develop affordable homes for acquisition by the middle and income earners.

According to the National Cooperative Housing Union (NACHU), affordable housing in the urban areas still seems unachievable for most Kenyans in the low and middle-income bracket.

This plight has prompted thousands to return to rural areas or result in living in slums in order to meet the cost of living.

In line with affordable housing on the Big 4 agenda, NACHU is seeking to turn around this culture right from the informal sector.

Bodaboda riders, mama mbogas, chamas, and small savings groups can now own houses and land of their own using their daily earnings.

The union has partnered with Finsco Africa in unveiling a number of projects, among them the Riverline Ridges, which allows individuals, cooperatives and various groups acquire land at subsidised rates.

The newly launched Riverline Ridge Phase three is currently at the individual title processing stage for the gated community.

This is one of the housing projects looking to provide thousands with homes and land both commercial and residential.

Now on its third phase, Riverline Ridges in Ruiru sits on 432 acres of land and is accessible to the employed and self-employed Kenyan.

Through various housing programs and plans by NACHU, individuals and groups can acquire loans and saving plans.

The national union whose project manager is Finsco Africa aims at enabling Kenyans in the informal sector across counties to be homeowners without digging hard into their pockets.

"Some Kenyans in the low-income bracket, who have approached NACHU, today live in their own houses because they acquired knowledge first. Kenyans of all social classes deserve housing but there is a lack of knowledge,” NACHU Chairman Francis Kamande notes.

He says NACHU is fixated on making a social impact for Kenyan families by having them realise how easy it is to own a house in urban and rural areas, without over-stretching financially.

After the purchase of land, the union is also keen on delivering houses through technical,financial, and planning advice from experts.

Finsco Africa and NACHU are encouraging low and middle-income earners in merry-go- round ‘çhamas’ and saving groups to secure housing through programs such as tenant purchase, instead of saving for household commodities such as television, sofa sets, kitchenware and even vehicles while living in rented houses.

“Besides spearheading the ‘rent to own’ programme, Finsco has partnered with NACHU to ensure not only is the client accessing affordable housing but also owning land for both residential and commercial purposes at subsidized rates,” says Finsco Africa CEO John Mwaura.

He said Finsco is working in line with the government's Big 4 agenda and ensures individuals receive their title deed at the end of purchase stages.

Meanwhile, the government is keen to drive the uptake of mortgages through the Kenya Mortgage Refinance Company (KMRC), launched by President Uhuru in 2019.

KMRC's principal objective is to provide long-term finance to primary mortgage lenders - commercial banks, mortgage finance companies, microfinance banks and Savings and Credit Co-operatives, to increase the availability and affordability of mortgage loans to the public.

Its shareholders are the government and primary mortgage lenders.

It is expected to support the affordable housing project.

In September last year, the Central Bank of Kenya licensed the company, strengthening its position as a re-financing institution.

It is the first mortgage refinance company in Kenya, having been incorporated on April 19, 2018, under the Companies Act, 2015 - as a Public Limited Company.

As of June last year, the company had raised Sh2 billion while the National Treasury mobilised an additional Sh35 billion from development partners to support its operations.

He says KMRC will help address these challenge.

“The company will offer fixed-rate long-term loans at concessional rates to mortgage providers who are expected to pass the benefit to citizens at lower than market rates,” Yatani said.

In response to the Covid-19 pandemic, KMRC will help maintain adequate liquidity among primary housing mortgage providers (banks and Saccos), in order to keep housing finance and the market functioning.

“This will avert potential credit crunch that would hurt lower-income households and interrupt efforts to support affordable housing,” the CS said.

This new company is also expected to play a significant role in the structuring of the proposed National Credit Guarantee Scheme, in order to create an effective backstop mortgage guarantee component to cover the losses incurred by lenders on future home loans.