• The programme announced in 2017 that private developers would build 500,000 units for low- and middle-income residents. 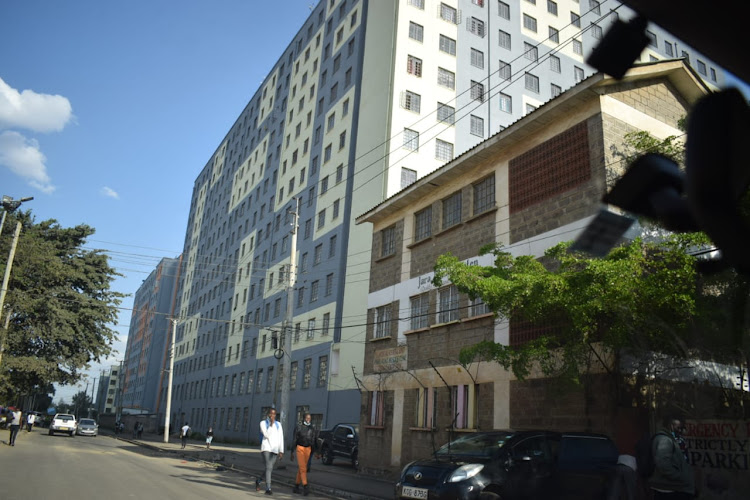 At the beginning of his second term, President Uhuru Kenyatta  announced the Big Four agenda, including 500,000 affordable housing units to be built by 2022.

Four years later, 2,235 affordable housing units have been occupied and construction is underway on many others, but nothing close to 500,000.  The 2022 general election is 11 months away.

The Covid-19 pandemic has taken a toll on the economy and slowed progress of affordable housing and other Big Four: food security, manufacturing and universal healthcare.

On Monday, the government launched a Sh850 million Kasarani project with 284 units selling for Sh1.9 million to Sh5.4 million.

The Public-Private Partnership, PPE, will be undertaken by Centum Real Estate.

PS for Housing and Urban Development Charles Hinga on Monday said the housing was a milestone achieved by the government despite many challenges and setbacks.

“As a department, we are confident this programme has taken shape and citizens everywhere will continue benefitting from these government-led initiatives and private sector-driven development,” he said.

Nairobi has four ongoing projects for a total of 21,642 units.

The Affordable Housing Programme aims to ensure decent and affordable housing to low and middle-income households. 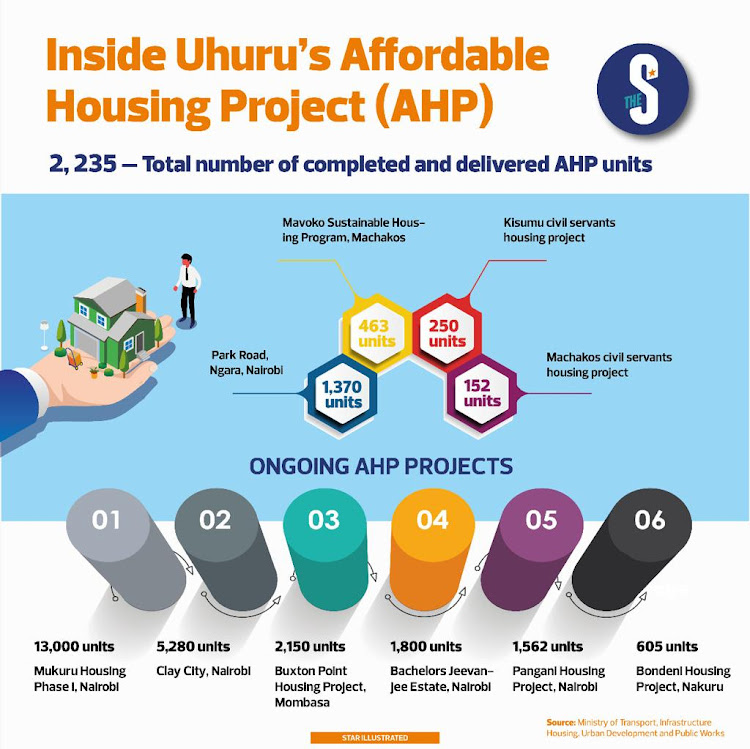 PS Hinga told a press conference in Kasarani that 60 per cent, or 822 units, have been occupied by members of the police and Kenya Defence Forces.

“This is a perfect typical Public-Private Partnership (PPE) where the land belongs to the government, the developer is a private party and the owners are Kenyans,” he said.

AHP has improved economic development. For every one housing unit created, three to five new jobs and nine indirect jobs are created, he said. 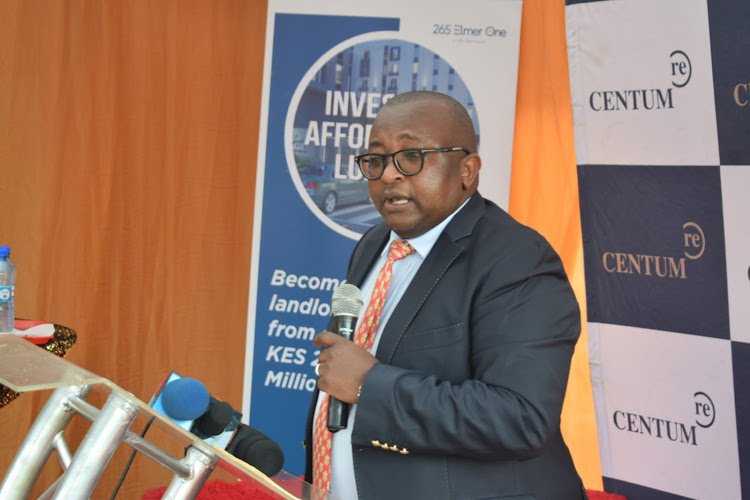 “Labour can capture up to 10.5 per cent of the value created by the spend on affordable housing. The private sector can play a significant role in supporting the government to develop affordable houses and create employment through direct engagement of skilled and unskilled labour in construction," Hinga said.

Jua kali artisans were given a Sh15 million contract to install high-quality doors in the units.

“The beauty in this project is that 55 jua kali artisans are now homeowners here at Park Road. That's what His Excellency the President had in mind when he said these houses must be owned by his people, Kenyans," Hinga said.

Developers have been urged to employ the jua kali sector, which contributes significantly to city employment.

Habitat Heights at Lukenya in Machakos county, one of the project's strategic partners, is to deliver 8,800 units.

The project is being undertaken by AFRA Holdings Limited through its local subsidiary Singapura Developers LTD (Kenya) in conjunction with Housing Finance.

Contractors have completed 152 units that have been occupied. 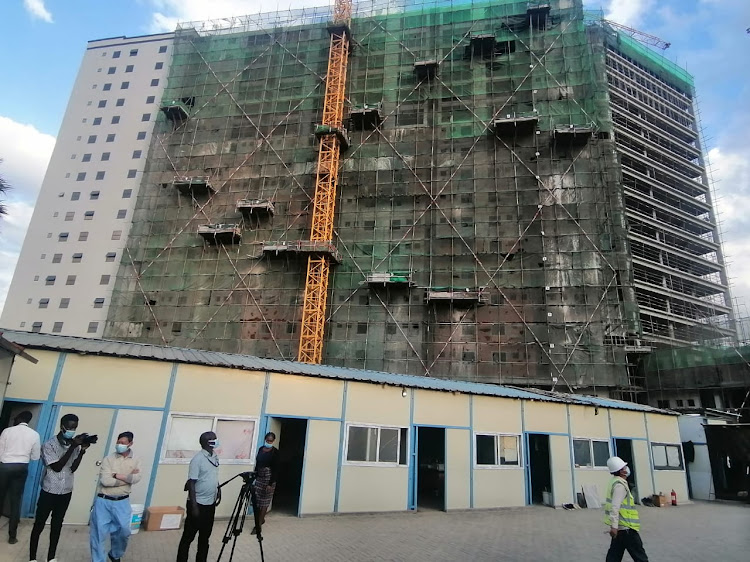 In Mombasa, the 2,150-unit Buxton Point Housing Project is being developed on 8.45 acres.

It will contain 162 housing blocks. One-bedrooms will go for Sh1.8 million and two-bedroom units for Sh3 million.

Bedsitters will sell for less than Sh1 million.

Phase one will be completed in May 2022.

In May this year, the government started building 605 affordable units on 7.5 acres.

The Pangani Housing Project undertaken by the Nairobi Metropolitan Services is to be completed in May next year. It will contain  1,562 housing units on land previously occupied by 48 tenants.

The first block of 18 floors is complete; construction of other blocks is ongoing.

PS Hinga said the units will be distributed in a 70:30 share agreement. Seventy per cent of the units must be low-cost housing.

Thirty per cent can be somewhat costlier so investors can recoup their money and make a profit.

The cost ranges from Sh1 million to Sh3 million in the affordable bracket.

“The houses are designed to promote sustainable neighbourhoods with a mix of affordable and market-priced housing. Already, all the one, two and three bedrooms have been sold," Hinga said.

Redevelopment of the estate is being done by Technofin for a contract sum of Sh5 billion for the developer and consultant SS Malonza, a Nairobi-based law firm.

The government is on course to set up 5,280 units at Clay City in Nairobi. 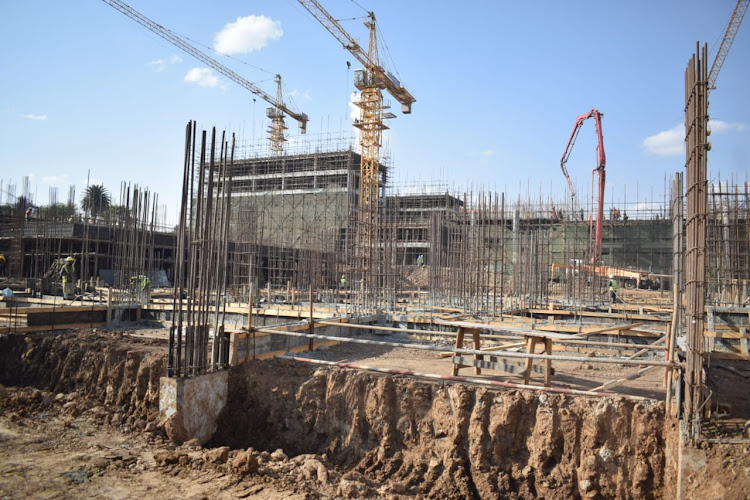 “The housing deficit is huge in Kenya —over two million. We need to see the Affordable Housing Project as a journey rather than as a project. So far the projects are coming up well in Nairobi,” Hinga added.

Residents in Mukuru will pay a 10 to 15-year mortgage for Sh4,000 per month once the government completes the Mukuru Social Housing Project.

The project will be undertaken jointly by the government's Nairobi Metropolitan Services and private investors. It was approved by the Cabinet in September 2020.

In Nairobi, there are 4 different ongoing projects expected to deliver 21,642 units
Counties
9 months ago

The houses will be sold at a price range of between Sh1.9 million and Sh5.4 million
News
9 months ago

The government in partnership with the private sector aims to construct 200,000 housing units annually
News
9 months ago

The president's agenda has been allocated Sh135.3 billion in the coming financial year
Business
1 year ago
by MAUREEN KINYANJUI News Reporter
Nairobi
29 September 2021 - 06:15